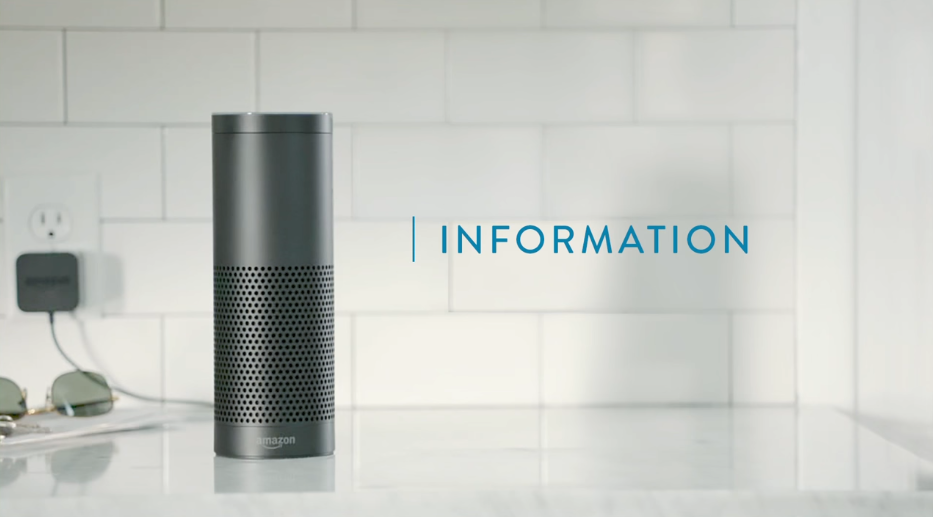 Amazon brings the AI technology that powers the Echo to AWS

The new artificial intelligence capabilities that Amazon Inc. has been rumored to be developing for its public cloud are finally here.

At its annual AWS re:Invent event in Las Vegas today (* Disclosure below), the company introduced three new services that aim to help enterprise and mobile developers build smarter software. They represent the company’s first major foray into deep learning, a branch of artificial intelligence that attempts to emulate in software the way the brain learns. Amazon’s involvement in the technology was previously limited mainly to internal projects such its popular Echo line of home assistants.

“We’re bringing the power of deep learning and machine learning to any developer,” Matt Wood, general manager of product strategy at AWS, said at the conference today.

The rise of the chatbots

Lex, the first of the new cloud offerings, makes the deep learning technology that power the Echo series available for chatbot makers. It adds Amazon’s name to the long list of cloud providers hoping to capitalize on the surging developer interest in conversational artificial intelligence. The tool sets itself apart from alternatives such as Microsoft Corp,’s recently launched Azure Bot Service by providing a straightforward configuration console that requires only minimal coding.

A developer simply  needs to specify the questions their bot should take (e.g. “I’d like to order some flowers”), input prepared responses and tweak the settings according to their needs. It’s also possible to add automatic prompts that trigger in response to certain actions. And customers with even more advanced requirements, meanwhile, can manually connect Lex to several of Amazon’s other cloud services such as its hosted mobile backend and DynamoDB database.

Chatbot developers will also have access a text-to-speech converter called Polly that is rolling out alongside Lex. The service can take input in 24 different languages and read it out loud using one of 47 male and female voices. Developers could employ Polly to let their Lex-powered virtual assistants communicate answers verbally just like the Echo does.

And Jeff Barr, the chief evangelist for AWS, sees the service coming handy in many other areas as well. Public announcement systems, e-learning software and assistive application are three of the potential use cases he listed for Polly in the launch announcement.

Rounding out the rollout is Rekognition, an image analyzer that is arguably the most technically ambitious of the three offerings. Judging by the name, it’s based at least partially on the Rekognition computer vision tool that Amazon obtained through its acquisition of Orbeus Inc. in April. The service can take a photo, break down its elements one by one and output the results with a “confidence level” score displayed next each item.

In a demo involving a photo of a golden retriever, ReKognition could not only make out that the picture shows a dog but also correctly pinned down its breed. And Amazon’s Jeff Barr wrote that the service can identify even finer details such as emotion in human faces. Like Polly, it lends itself to a broad spectrum of use case ranging from authentication to audience-based marketing.

Rekognition and Polly are generally available from select AWS data centers, while Lex is currently in preview.

(* Disclosure: SiliconANGLE Media’s video unit theCube is a paid media partner for the conference. Neither Amazon.com nor other show sponsors have editorial oversight content on theCUBE or SiliconANGLE.)