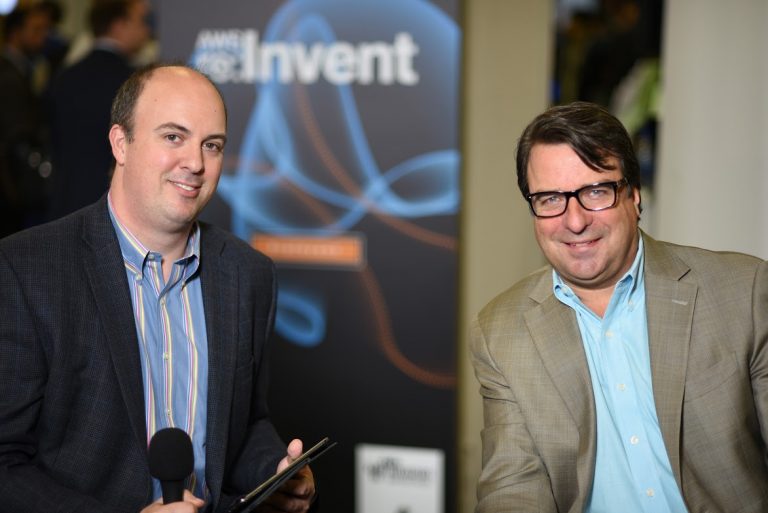 Trouble in paradise: Is the open-source community planning a revolt against Amazon? | #reInvent

Things just keep looking up for Amazon. Attendance at this year’s AWS re:Invent conference broke the record; enterprise giants like McDonald’s are singing its praises on the keynote stage; and it has announced roughly 1,000 upcoming features and updates. And yet some foresee adversity ahead from both users and ecosystem players.

Stu Miniman (@stu), co-host of theCUBE (* disclosure below), from the SiliconANGLE Media team, described the conference and Amazon’s announcements as “an embarrassment of riches.” With difficulty, he picked a handful of favorites, among them Greengrass.

“Greengrass is how Amazon is taking their server-less architecture, really Lambda, and they’re taking it beyond the cloud,” he said. He explained that this technology has huge promise for IoT, which still struggles with the physics of moving data around. “They talked about the ‘snowball edge,’ which is going to allow me to have kind of compute and storage down at that edge,” he stated.

Too much of a good thing?

And then there is the downside of those 1,000 announcements.

“There’s some pushback from people in the community that, ugh, they announced another ton of new compute instances, there’s all these different storage configurations. Aren’t we supposed to be making things simple? ” Miniman said.

He believes that Amazon answered this with the unveiling of Lightsail, which delivers virtual private servers in seconds for something like $5 a month.

However, this may not placate the creators of the open-source software Amazon relies so heavily on to feed its appetite for more and more customers.

“Mark my words, if Amazon does not start thinking about the open-source equation, they could see a revolt that no one’s ever seen before in the tech industry,” said John Furrier (@furrier), co-host of theCUBE. He argued that there is a difference between using open source for a site like Facebook and the way that Amazon is using it.

“If you’re using open source to build a company to take territory from others, there will be a revolt,” he said.

Miniman agreed, but countered that Amazon has efforts underway to contribute more to open source, particularity in the machine learning realm.

Watch the complete video interview below, and be sure to check out more of SiliconANGLE and theCUBE’s coverage of AWS re:Invent. (*Disclosure: AWS and other companies sponsor some AWS re:Invent segments on SiliconANGLE Media’s theCUBE. Neither AWS nor other sponsors have editorial control over content on theCUBE or SiliconANGLE.)