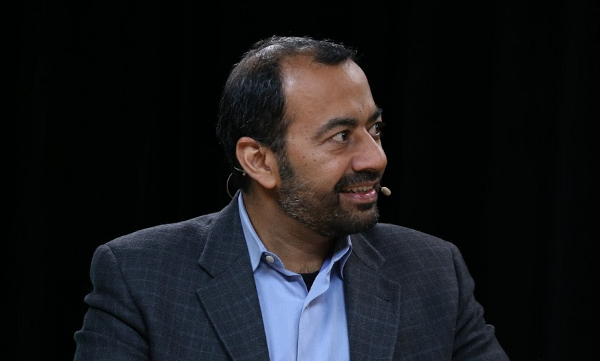 SnapLogic Inc. said it raised another $40 million in financing – bringing its total venture trove to $136.3 million – and made no bones about the fact that it’s got its sights set on an initial public offering.

“An IPO is very much in our future,” said co-founder Guarav Dhillon, who also co-founded integration giant Informatica Corp. in 1993. “This is our mezzanine financing, and we don’t anticipate the need for additional capital.” The company said the new funding will be used to expand globally, and particularly to shore up its beachhead in Europe.

The funding comes one year – almost to the day – after a $37.5 million cash infusion the company received from Microsoft and Silver Lake Partners L.P.

Although $136.3 million sounds like a lot, it actually puts SnapLogic in the middle of the pack of startups chasing what many analysts believe will be a huge market for self-service data integration. Competitor MuleSoft Inc. has raised $259 million, according to CrunchBase, and Apigee Corp. socked away $173 million before being acquired by Google in September.

SnapLogic touts its integration platform-as-a-service as an easy-to-use, scalable product that can connect almost any application to anything else. It comes with a library of more than 400 connectors that automate the process of weaving services and data from multiple sources into integrated applications. The market for self-service integration been red-hot lately. Just yesterday, Scribe Software Corp. announced an overhauled version of its integration platform aimed at non-technical users. Tibco Software Inc. did the same thing last month, and Jitterbit Inc. is targeting a similar customer base with a new release to be announced this week.

SnapLogic has been on a roll this year with 300 new customers, including Clorox Co., Del Monte Foods Inc., Denny’s Corp., Magellan Health Inc. and Teva Pharmaceutical Industries Ltd. Gartner Inc. also listed it as a leader in the Magic Quadrant for Enterprise iPaaS.

“We’ve hit that stride just right with simple self-service for complicated tasks,” Dhillon said. “We hide complexity from the business customer while maintaining security and scalability.” He said SnapLogic is currently moving 7.5 billion documents daily for its customers.

The data integration market has been around for decades, but the explosion of cloud computing applications, combined with the popularity of microservices and application program interface-based development, has created a new market of business end-users who want to roll their own integrations. The new crop of competitors focus on simplicity. “Companies no longer want to be in the business of building software,” Dhillon said.

While acknowledging that an IPO is a goal, Dhillon said the company is in no hurry to go public. IPO activity slowed this year in part because “there are few companies that should be public,” he said. Regulatory pressures and the growing presence of large hedge funds have raised the stakes for companies to perform. “The magic is to be super-high growth in a big market with healthy metrics and profitability or a path to profitability,” he said. With revenues doubling every year and 90-percent-plus renewal rates, SnapLogic is building a foundation that investors can get behind.