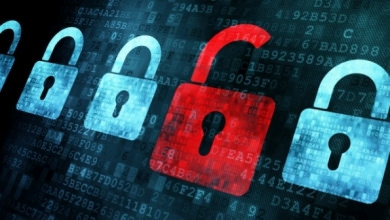 Predictions 2017: The year of IoT, self-serve software and the data protection officer

As if 2016 weren’t volatile enough for the technology industry, the coming year is likely to be even more interesting, thanks to everything from a very unpredictable new U.S. president to a confluence of trends ranging from artificial intelligence to virtual reality to the continued rise of the cloud. This is the latest in a series of predictions by SiliconANGLE’s staff on what’s coming in 2017 in enterprise and emerging technologies and beyond.

It’s a round-the-clock gig, being a consumer. Even before stepping foot into the office and then throughout the work day, consumer mentalities permeate corporate networks and revenue models through personal devices, simplified software and cultural cornerstones. In 2017 the distinction between consumer and employee will get smaller still. Not only will the growing number of Internet of Things devices compromise enterprise network security more than ever before, but the treatment of data will increasingly take its cues from consumer behaviors regarding data protection and business-to-business marketing. These are the consumer trends experts think will most significantly change enterprise information technology in the next year:

IoT will accelerate a move to usage-based business models

Perhaps the most influential trend is IoT, a market that has enabled millions of end user devices in need of network connections and software applications. From smartphones to smart homes, IoT gadgets have cultivated subscription-based revenue models that will carry over into enterprise solutions next year.

“In 2017, large-scale enterprises with over $250 million in revenue will rally their resources around usage-based billing scenarios, which will be leveraged by nearly 60 percent of all companies,” said Aria Systems Inc. Chief Marketing Officer Andres Botero.

Recent Aria research indicates consumption and usage-based billing growth will soar. The research underscores that in the future, very few businesses will use onetime sales models. “This is the tipping point,” said Botero. “Business models centered on onetime sales are becoming a thing of the past, and recurring consumption and usage-based models will increase two-fold in popularity.”

At Aria’s Monetize 2016 Conference in September, a Deloitte analyst further validated the trend, noting that an impressive 80 percent of software vendors will move to consumption models. This will require a big pivot in business capabilities, including software that was designed for 18- to 24-month product development cycles. Conversely, according to Aria’s research, a mere 11 percent of respondents across many industries said they will continue to rely on onetime sales in the future.

Aria’s research also implies a marked shift in software development cycles that will require scalable enterprise-grade platforms for collaboration amongst teams. Empowering employees with self-serve cloud tools will become even more of a priority in 2017.

The trend for iPhone-like simplicity and self-management is the most profound instance of consumer impact on enterprise IT, according to NetApp Inc. Chief Technology Officer Mark Bregman. The expectation for integrated applications and services are “affecting development across all technologies in storage and data management,” he said.

“User experiences with mobile app simplicity in a wide variety of forms has raised expectations for the usability and simplicity of data management software,” Bregman furthered. “From a business standpoint, companies are demanding this simplicity because it will enable them to use less expensive resources to manage their data while giving them greater access and use of their data as a critical business asset.”

This simplified approach to software will enable more interdepartmental teamwork within the enterprise, as teams find more opportunities to share data. The marketing teams in particular will find the biggest opportunities, according to Marketo Inc. CMO Chandar Pattabhiram.

“Sales and marketing will be working more closely together than ever before,” he predicted. “Leveraging new platforms will help nurture and grow partnerships between sales and marketing professionals within organizations to win new business, keep and ‘up-service’ existing customers, and deliver on revenue goals.”

Data is also enabling more and better engagement with consumers, and such use of data will help business-to-business marketers drive better results in paid channels and maximize return on investment, Pattabhiram said. These lessons learned from consumer markets will pave the way for predictive analytics to evolve into adaptive analytics, as pressure increases to react to customers in real time.

“Marketers must not only be able to predict customer behavior, but adapt their responses in real-time by using technology to listen to behavior, learn from it and speak to them in a meaningful, relevant way at every step of the journey,” he said.

The new hot job will be data protection officer

For all the progress in collecting, managing and sharing data, protecting it could be the biggest priority in 2017. Between IoT device hacks and commercial data use, privacy concerns have influenced a new era of data regulation, which will impact business spending.

“Enterprises that have edge-of-network devices could find theirs utilized by hacktivists and other threat actors in launching DDoS attacks,” said Trend Micro Inc. Director of Global Threat Communications Jon Clay. “The Mirai botnet code has been made available publicly so anyone could utilize this to recruit new IoT devices that are not secured properly. Enterprises which have IoT devices should be sure to update any account credentials used by the devices as well as ensuring the devices are patched properly.”

Every employee is also a consumer, and ransomware is a threat that impacts both businesses and consumers alike, Clay added. He explained that the challenge many organizations have today is that many employees use their personal computers at home, so they become susceptible to being infected by ransomware from their home networks.  “This in turn could cause lateral movement into their business networks.  There is also the challenge for employees at work who during breaks or before/after work hours may use their PCs to browse the web or check their personal email both of which could lead to ransomware infections within the corporate network,” Clay said.

Because the business case continues to grow for commercial data, more measures are being taken to protect consumers from misuse of data. The General Data Protection Regulation being enforced at the start of 2018 by the European Union will push through several new laws requiring protective measures for enterprise data, and these regulations will increase the cost of managing data.

“Any enterprise which does business in Europe, or holds any data for Europeans will be impacted by GDPR. As such, they need to make sure they understand the regulations and more importantly, the ramifications of violating any of the GDPR,” Clay said. “Also, the requirement to have a data protection officer will require an investment that was not part of their budgets in the past and as such will involve a new cost to their bottom line.”