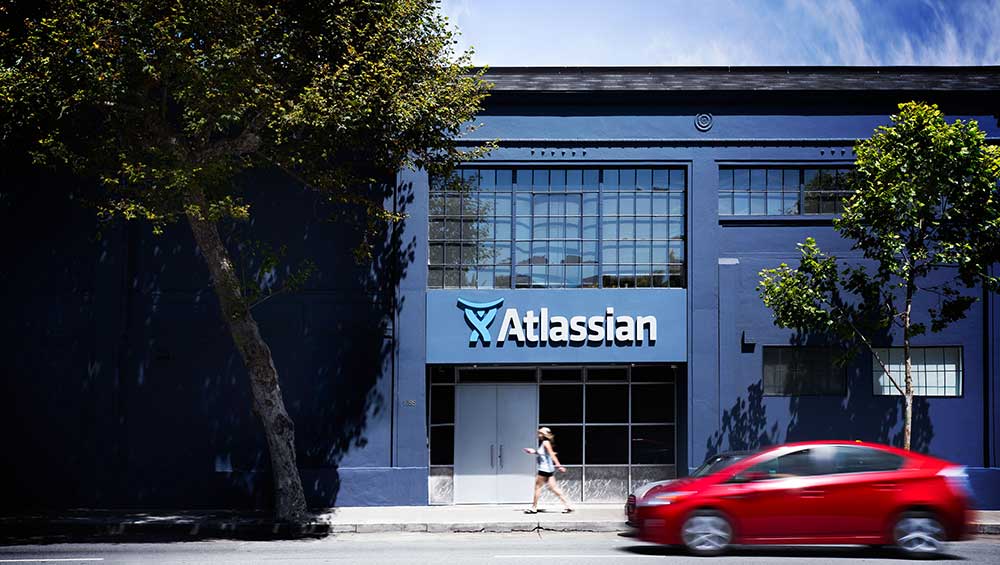 Shares leveled off up a fraction, to $27.50, in extended trading Thursday evening after rising nearly a point in regular trading before the earnings announcement. The company reported a net loss of $1.7 million for the quarter on revenues of $148.9 million, up 36 percent from the year before. Excluding onetime charges and other items such as stock compensation, the company reported earnings of 9 cents per share, which was a penny higher than Wall Street estimates. The company also noted strong sales with its cloud, server and data center products in the quarter.

Atlassian’s earnings call comes 10 days after it announced its intention to buy task management software company Trello Inc. in a deal valued at $425 million. Most analysts agree that Trello, whose software allows workers to organize their to-do items on a customizable board using the digital equivalent of Post-it notes, is a good buy for Atlassian. Indeed, Vik Singh, chief executive of the predictive sales and marketing company Infer Inc., recently went as far as to predict the deal would propel Atlassian to a $50 billion market cap in the next years.

For his part, Atlassian cofounder and co-CEO Mike Cannon-Brookes was more modest, saying that acquiring Trello would help the company reach its goal of recruiting 100 million monthly users on its platforms. Trello’s installed user base currently numbers around 19 million.

Atlassian disclosed a few tidbits about Trello in its earnings call, saying that it expects the service to pull in around $1 million in the third quarter of its fiscal 2017 year. That guidance suggests that Atlassian believes the value of Trello lies not so much in its revenue-making potential, but in its user base, team and product, in line with Cannon-Brookes’ own comments.

For the third quarter, Atlassian’s slightly raised its guidance, saying revenues will be between $155 million and $157 million, amounting to earnings of 6 cents per share, excluding charges and other items. For fiscal 2017, Atlassian projects revenues of $611 million to $615 million, with adjusted earnings of 32 to 33 cents. That was unchanged, which may have underwhelmed investors.