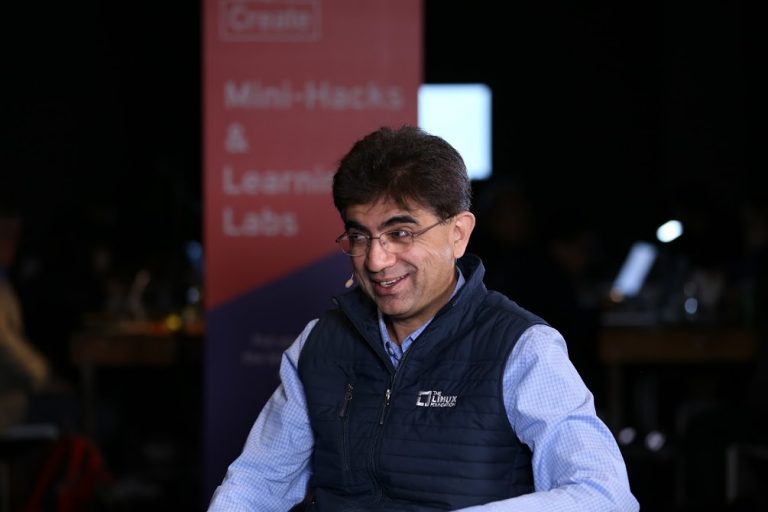 As open-source adoption skyrockets in enterprise, Linux addresses ease of use

Open source technology is not just a tool for developers anymore. Two 2016 surveys highlight the prevalence of open-source adoption for businesses of all sizes. Both surveys indicate that around 90 percent of respondents — comprised of enterprise, mid-market and small businesses — have all entered into the open-source ecosystem.

“There’s a major disruption happening, but it’s not a technology disruption; it’s an end user disruption. … The end users, whether it be carriers, whether it be enterprises, whether it be cloud service providers, they are demanding that open source be part of the agenda,” said Arpit Joshipura (pictured), general manager of networking and orchestration at The Linux Foundation, which partners with developers and companies worldwide to solve technology problems and accelerate open technology development and commercial adoption.

This week, theCUBE features Arpit Joshipura as its Guest of the Week.

How the enterprise uses open source

Ninety percent of respondents in the “2016 North Bridge & Black Duck Future of Open-Source study**” demonstrate that the business impact is evident. For them, open source improves efficiency, interoperability and innovation.

According to the “2016 State of Open Source Software Report*” conducted by Zenoss, regardless if the user pays or not, businesses are developing an open-source solution strategy for five key reasons: cost, support, flexibility, community and the platform.

Working for The Linux Foundation, Joshipura believes that in order to be a successful open-source project, a community needs to support it. Plus, it needs a community of developers who interact to sustain the ecosystem.

“I’m personally driving that agenda, which is thought leadership on how do these pieces fit together. … When you look at it holistically, from a solutions perspective, the most important thing that matters are use cases,” Joshipura said.

The Zenoss report stated that 79 percent of surveyed businesses strategically use open-source software for specific use cases. Linux views each project from the end-user perspective and focuses solely on the problems they are trying to solve.

Joshipura explained how discriminating the organization is with each project it works on. From setting up the requirements to the architecture, Linux provides an explicit definition of the end user’s use case to the community. Linux facilitates the design work, architectural leadership, inter-project cross-leadership in an actively managed, sustainable ecosystem.

“What we provide to projects in different capacities is everything from IT as a service, marketing as a service, program management, thought leadership, executive directors, PR, media and, most importantly, events, global events to get the word out,” Joshipura said.

Along with all of that, Linux offers the framework and some governance. All of this is critical as rapid adoption of open-source takes place. When these items is not in place before implementation, companies find themselves in a bind when it comes to management and security practices, he added.

The North Bridge & Black Duck study reported that nearly half of respondents do not have formal processes in place to track open-source project involvement along with a lack of trained personnel who can identify vulnerabilities and track remediation.

One of Joshipura’s efforts going forward will be to harmonize projects with standards bodies, such as the Metro Ethernet Forum and Data Management Forum.

“We believe that standards and open source coexist, and there is a complementary relationship there. We just published a white paper on The Linux Foundation website on harmonizing standards on open source,” Joshipura said.

The other area Linux is addressing is how to get from “geek speak” to the end user. Interestingly, the Future of Open Source study respondents polled admitted that developers are the interpreters.

For 48 percent, development teams manually track open-source uses. When end users want to understand and use the code, 30 percent ask developers to decipher it. However, 21 percent of companies are using a third-party tool to scan for open-source content.

One of the things The Linux Foundation wants to do is provide more education. “Because part of the coexistence is understanding each other. If we understand each other on what role each of the projects plays, it’s easy,” Joshipura concluded.