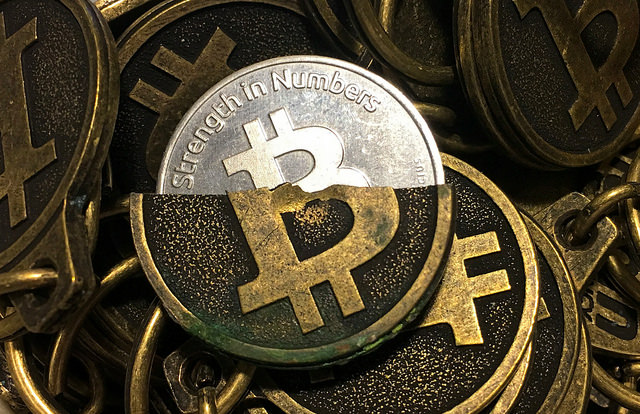 Bitcoin is splitting into two currencies this week – sort of

Despite near-universal support for an upgrade to the blockchain powering bitcoin, allowing the cryptocurrency to operate more efficiently, several recalcitrant bitcoin coders and miners have decided to “fork” bitcoin into a new currency.

Called “Bitcoin Cash,” or BCC in an abbreviated version, the new cryptocurrency will take the entire bitcoin blockchain and implement changes, referred to as a “hard fork,” and start trading on Aug 1. It’s not clear at this stage how many bitcoin miners and others are supporting the bitcoin spinoff. Some say the number is small, but many players in the bitcoin community seem to be taking a wait-and-see approach to BCC.

Bitcoin Cash will operate along the same lines as the original bitcoin, complete with the same blockchain. BCC will implement a change to the code that will increase the block size to 8 megabytes but without the implementation of Segwit2x. That’s a similar move to previous proposals, such as Bitcoin Unlimited‘s, that were intended to improve the way bitcoin operates.

Companies that operate bitcoin exchanges seem to be split on how to respond to the new bitcoin spinoff. Bx.in.th, Thailand’s largest bitcoin exchange, wrote in a blog post that it will not support BCC, calling it “simply an attempt at manipulating the situation in order for the promoters to gain more real Bitcoins. This altcoin has hardly any miners, developers or community supporters.”

San Francisco-based Kraken Inc., on the other hand, wrote that it’s supporting BCC. “Although the Bitcoin Cash fork is expected to be minor, it may be successful,” the exchange said. “Provided that unforeseen circumstances do not make it prohibitively unsafe or difficult for us to do so, Kraken will support Bitcoin Cash.”

It’s advised that those holding bitcoin check their bitcoin wallet or their exchange’s policy on BCC. Those that support BCC will credit holders with an equivalent amount of the bitcoin spinoff once it goes live Aug. 1, while those companies not supporting it will not.

Disclosure: Riley has bitcoin holdings and is a customer of Bx.in.th. He currently holds a small amount of bitcoin (worth $32.70 at the time of writing) to better understand the cryptocurrency for SiliconANGLE.