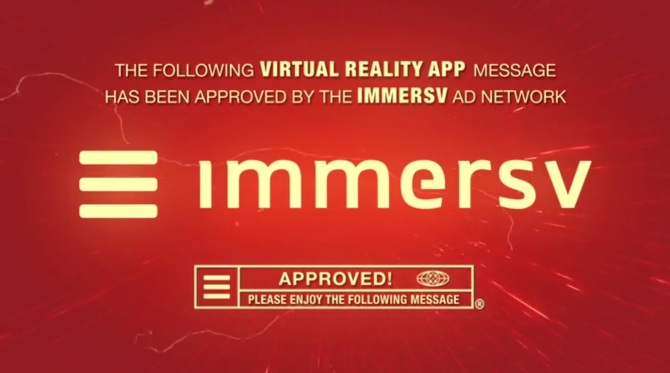 Founded in 2015, Immersv saw significant product and market momentum for the past year using a system that combines virtual reality advertisements with an automated, real-time bidding platform. Using Immersv, advertisers can publish advertisements for content and apps using mobile 360-degree video and mobile VR. The Immersv platform acts as a large distribution, advertising and discovery network for VR advertisers.

“While the mobile video market continues to grow,” said Mihir Shah, president and chief executive officer of Immersv, “we believe interactive advertising experiences will displace the current video advertising market in the next few years providing better results for advertisers, higher yield for publishers, and a significantly better experience for consumers.”

For example, Immersv ran a successful campaign using pre-roll and opt-in advertisements for the “Let Hawaii Happen” VR campaign in December. The campaign brought in more than 50,000 unique viewers to watch an advertisement for Hawaiian tourism designed by OMD’s Zero Code in collaboration with Hawaii-based agency MVNP and visual effects shop Framestore.

Advertising using VR has been developing slowly, but some notable campaigns have emerged. In June, Nokia Corp. launched its own VR ads to sell health wearables with the “Healthier Together” campaign. Car maker Volvo launched the “Volvo Reality” ad campaign to tout the brand-new Volvo XC90 allowing people to virtually test drive the car on their phones. Marriott International Inc. led with “The Teleporter,” a VR campaign that would send viewers to different hotel locations from a Hawaiian beach to a lofty tower in London using immersive techniques (above).

According to Immersv, VR advertisements lead to a greater number of fully watched content and conversions than traditional mobile advertising. What Immersv discovered is that 70 percent of viewers watched to completion and 25 percent interacted with the advertisement with a “gaze-through.”

Immersv added that by the completion of the campaign more than 8,500 people visited the app’s page. Interactive mobile advertising tends to drive only 1.7 percent click-through rates and 0.6 percent on desktop, according to the 2016 Advanced Video Benchmarks report from Innovid.

Partners using Immersv’s platform to reach customers now include leading firms such as Tremor Video, YuMe, Bidswitch, ironSource, Supership and United in Japan. Major brands such as Nissan, Hawaii Tourism Bureau and Mountain Dew have executed successful campaigns through the platform as well.

The company said it will use the funds to accelerate its product development and deployment as well as rapidly expand its available advertising inventory. Immersv hopes to bring more global brands and performance marketers into mobile 360-degree video and VR in 2017.