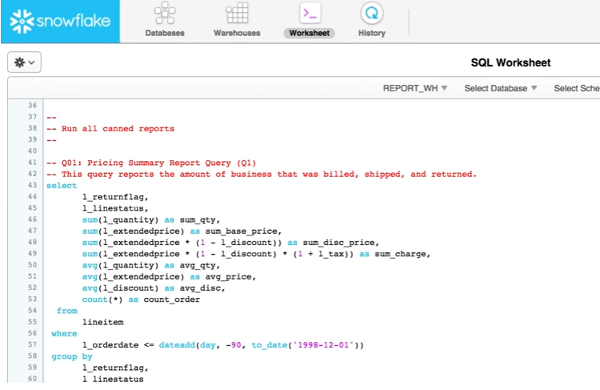 Snowflake beefs up the security of its cloud data warehouse

Amid rising concerns over hacking in the enterprise, Snowflake Computing Inc. is doubling down on security.

The biggest difference lies in the infrastructure under the hood. Both editions are hosted on Amazon Web Services Inc.’s cloud, but Virtual Private Snowflake allows companies to store their information in a logically isolated part of the cloud platform that is cordoned off from other deployments.

Also included in the offering are expanded encryption capabilities. Virtual Private Snowflake enables organizations to scramble data using their own cryptographic keys, which provides a higher degree of control. A company can use its preferred type of encryption and change keys according to internal refresh schedules.

These enhancements come on top of several existing security features that have been carried over from the original Snowflake data warehouse. Companies can restrict information access based on user roles, monitor activity and have the operations team notified automatically when something out of the ordinary occurs.

Virtual Private Snowflake is geared mainly towards organizations in highly regulated industries such as healthcare and banking. The first customer is Capital One Financial Corp., which is credited with having contributed to the development process.

It also made a $5 million investment into Snowflake that was announced against the backdrop of the platform’s introduction this morning. Capital One’s cash infusion came as a follow-up to the $100 million round that the startup raised earlier this year from a consortium led by Iconiq Capital.

Since then, Snowflake has been working on other projects as well. In June, the startup introduced a tool that enables companies to securely share information from their data warehouses with one another. The software aims to replace the cumbersome approaches that have historically been used to distribute data beyond the four walls of the organization.