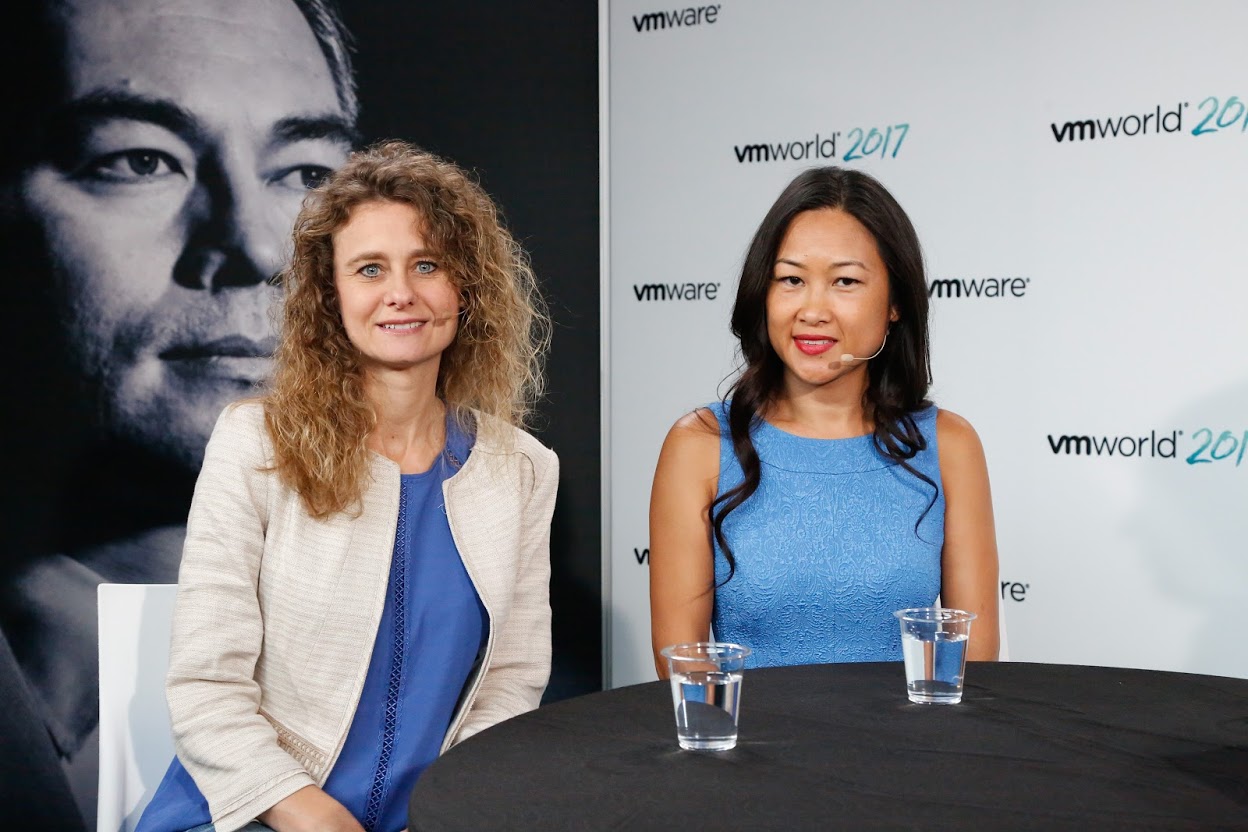 The tech ‘fit’ debate: Universal tech in a couture IT world

Technology advancements may be too much of a good thing for business environments unequipped to assimilate them. The slow adoption of analytics tech, for example, is primarily due to cultural barriers for 62 percent of companies surveyed in a recent report from SAS Institute Inc. Another 25 percent of businesses say lack of internal expertise and resources is the biggest hurdle to cloud adoption, according to RightScale’s 2017 State of the Cloud Survey.

“It has to match the culture and the fit of the business or you won’t be successful with any IT [information technology] project,” said Theresa Miller (pictured, left), founder of 24×7 IT Connection LLC. Miller joined Phoummala Schmitt (pictured, right), infrastructure lead at health insurance provider Independence Blue Cross (a subsidiary of Independence Health Group Inc.), during an interview at VMworld 2017 in Las Vegas, Nevada.

Information technology can go either way, Miller and Schmitt explained to Stu Miniman (@stu) and Lisa Martin (@LisaDaliMartin), co-hosts of theCUBE, SiliconANGLE Media’s mobile livestreaming studio. Thrusting far into the cloud-native future or hanging back on mainframes, one is better than the other only in context of a particular organization, they both stated. (* Disclosure below.)

This week theCUBE spotlights Phoummala Schmitt and Theresa Miller in our Women in Tech feature.

Vendors often forget the many differences among companies when they go hawking their latest thingamajigs, according to Schmitt. Sure, they might use the fastest data streaming engine or they may cost less to operate, but what if they violate a company’s data privacy regulations? Perhaps a new product doesn’t physically fit in a company’s data center or the company’s entire development team would need to take classes to learn how to program with it?

“There’s so many other factors in play, especially when you work for a large enterprise,” Schmitt said.

Aside from internal politics, there is the overall weight of large organizations that makes rapid twists and turns difficult. “Large enterprises just take time to do things — especially certain industries,” Schmitt stated. For example, healthcare and financial sectors are typically bogged down in government regulations.

As infrastructure lead for Pennsylvania-based health insurer Independence Blue Cross, Schmitt knows how quickly legal compliance can kill new tech initiatives. “In order to get to the cloud or whatever the latest trend is, we may have to modify certain policies that are in place,” she said.

A domino effect may then ensue, giving multiple departments fresh headaches to deal with. “Let’s say we want to go to cloud, then you have to go to your security department. What regulations or what retention policies do you have to change? And that may take time, so it’s not like it’s going to happen today,” she said.

Nonetheless, companies — even heavily regulated ones — are feeling the pressure to digitally transform. Last year a study from Dell Technologies Inc. showed that 78 percent of business leaders fear digital-native startups could disrupt them.

“Changing competitive landscapes and consumerism are disrupting businesses and creating an imperative to invest in digital transformation,” said Eileen Smith, program director at IDC Research Inc.’s Customer Insights & Analysis Group. In 2017, global organizations will spend $1.2 trillion on digital transformation initiatives, according to an IDC report. The fastest growth in this type of spending will come from retail, healthcare, insurance and banking industries, the report said.

The IDC report predicted that cloud will be the number one technology these businesses will invest in over the next five years. “Right now, the push is to be in the cloud,” Miller said.  However, “Where I work — and a lot organizations like ourselves — we don’t go to the cloud yet,” she said.

Whether it is legacy infrastructure, expertise or budget, the time is not right. But that is not to say that it won’t be at some point in the future. “I expect we’ll all be in the cloud; it’s not if, it’s when,” Miller said.

After all, sometimes the newer, fancier technology is the practical, cost-effective choice for a business. In her role at Independence Blue Cross, Schmitt has gone against convention to achieve superior outcomes. The company uses Microsoft Exchange, a mail and calendar server from Microsoft Corp.

“The preferred architecture for Exchange is […] to be physical servers with DAS — direct attached storage,” Schmitt said. This is a bit archaic in her view, so she chose to run Exchange on Pure Storage Inc.’s all-flash storage in a virtualized environment.

“It’s a virtualized world now. I don’t know any company that isn’t virtualized,” she said. “I look at what is best for the organization. What are your requirements?”

Ultimately, the IT department needs to communicate with line-of-business people to work out solutions holistically, Schmitt said. “We’re not the programmers in the basement anymore,” she said. “We’re all business analysts now, because at the end of the day, it’s our paycheck too. So these products that we’re hearing about — it affects us, it affects our business and the bottom line.”