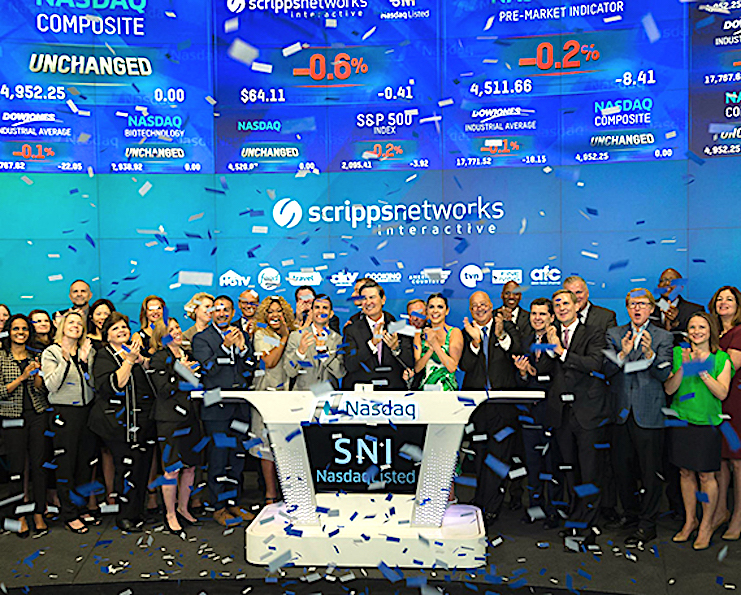 The San Jose, California-based company’s shares rose from their initial public offering price of $22 a share to about $25.50 today. ForeScout, which has built a security platform to contend with a coming onslaught of “internet of things” devices, on Thursday evening had set the IPO price at the upper end of its initial guidance of between $20 and $22 per share, raising $116 million through the sale of 5.28 million shares.

The implied valuation of $806 million for the initial offering price meant the company was initially valued less than at its most recent funding round in January 2016, when it raised $76 million. At that time, ForeScout was given a valuation of $1 billion, notching so-called “unicorn” status. But on a fully diluted basis, ForeScout’s post-IPO valuation ended up topping $1 billion.

The first-day pop today wasn’t quite enough to push the valuation back over $1 billion, but the uptick is still a moderately positive sign. What’s more, the fact that it didn’t have a huge pop means the company priced the shares such that it didn’t leave much money on the table.

“We’re helping companies understand they have a gap in visibility into their security,” he said. “Companies are not ready to protect themselves” against the proliferation of IoT devices inside and outside their organizations. Following the Mirai botnet attack that took down the internet on the East Coast for the better part of a day last year, he said, “we see those attacks becoming more serious and sophisticated.”

The company offers an enterprise-grade cybersecurity platform that provides visibility into IoT devices the instant they’re connected to the network. The company’s so-called “agentless” platform integrates with leading network, security, mobility and information technology management products to allow users to control devices when they are connected to the network and accelerate incident response by orchestrating information sharing among various different types of security tools.

Technology IPOs in 2017 have seen mixed success, with companies such as Snap Inc. and Blue Apron struggling while the likes of MongoDB Inc. and MuleSoft Inc. got off to flying starts and are currently trading above their IPO price. In ForeScout’s own market, there was a precedent for a successful offering. Okta Inc., the first cybersecurity firm to go public this year, saw its share price jump 38 percent on its first day of trading in April, and it remains well above its original listing price today.

ForeScout still needs to prove its business model can transform revenues into profit. ForeScout’s most recent financial data shows it recorded revenues of $90.6 million in the first six months of this year, putting it on track to beat the $166.8 million revenue it accrued in all of 2016. But that growth has been offset by rising losses. The company posted a net loss of $74.8 million in 2016, and $47.7 million in the current year through July 31.

The company is listed on the Nasdaq exchange under the ticker FSCT. Morgan Stanley, J.P. Morgan, Citi, BofA Merrill Lynch and UBS Investment Bank acted as lead managers on the deal.