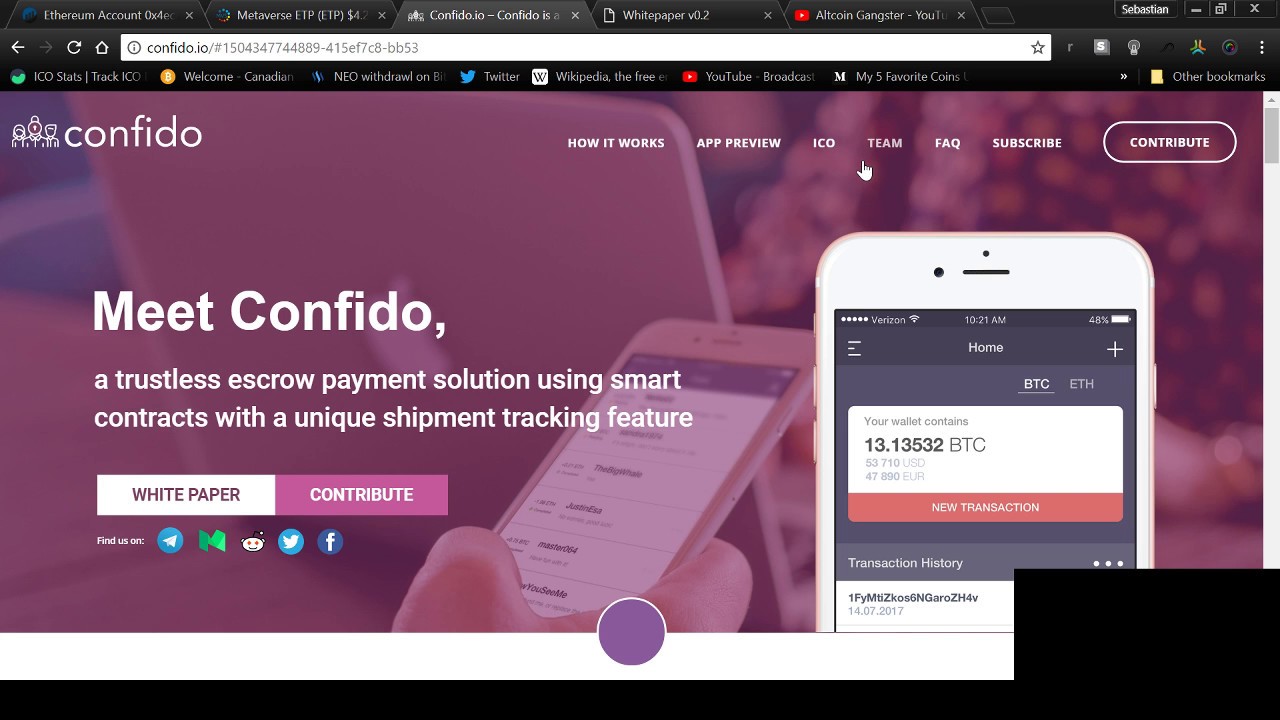 In what could be the first of many cases to come, a dubious startup that raised money through an initial coin offering has gone dark amid allegations that it was nothing more than a scam to begin with.

The company in question went by the name of Confido and pitched an Ethereum blockchain-based app for making payments and tracking shipments in an ICO between Nov. 6 and 8 that raised the equivalent of $374,000.

The tokens successfully debuted on coin and token trading sites and all seemed well with the company until the team behind it posted on Reddit (via ETHNews) that it was having issues with a legal contract and that as a result “development has been delayed until a resolution is found.” The statement went on to say that while the firm would likely “be able to find a solution,” it also warned that “we cannot assure with you 100% certainty that we will get through this.”

A startup experiencing problems is not out of the ordinary, but what happened next most certainly is. Within the space of 24 hours, the company disappeared online, its website and its social media accounts deleted. Not stopping there, the LinkedIn page for founder Joost van Doorn was also deleted along with a number of Telegram channels associated with the company.

The few people still contactable who had a relationship with Confido have shone no further light on the matter. A Reddit user by the name of Chris-Confidosupport wrote that he has “no idea what has happened here” before going on to suggest that “there is potential that the removal of everything was due to the legal situation that they are facing.” He added that “I don’t agree with this course of action however, as it has left the entire community, and myself, in the dark.”

Sites such as Live Bitcoin News suggest that the company and ICO was a scam from the start because “the project was never fully developed in the end,” including a white paper that “seemed unprofessional.” But that could easily describe a large proportion of the companies that have raised funds through an ICO in the last six months. What is interesting is that same report claims that the developers had sold 20 percent of the tokens issued across multiple exchanges prior to the company going dark, indicating that it was likely what’s known as an exit scam.

Not surprisingly, the price of Confido tokens has fallen off a cliff. The tokens currently have a market cap of only $288,350 after previously hit more than $10 million.

More about what has occurred here will likely come out in the weeks and months ahead. But the tale, as it currently stands, should serve as a warning to those looking to make money through ICOs that there are high risks involved.