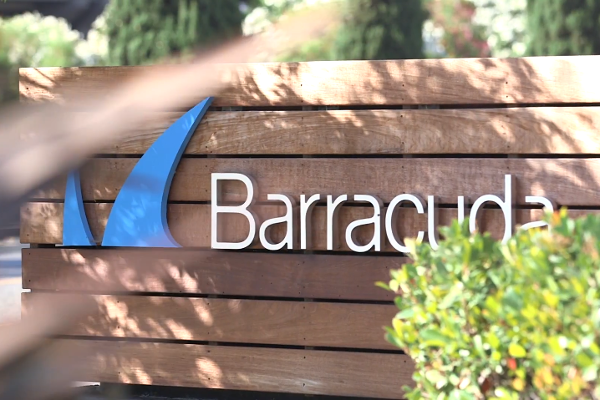 Cybersecurity consolidation: Barracuda to go private in $1.6B buyout as McAfee buys Skyhigh

In the latest of a long string of recent acquisitions in the cybersecurity market, Barracuda Networks Inc. is set to go private in a $1.6 billion buyout.

The company announced today that its board has accepted the offer from private equity firm Thoma Bravo LLC. The sum breaks down to $27.55 per share, a respectable 16 percent premium over its Friday closing price. The company provides network security products such as firewalls, as well as email filtering software for blocking malicious messages and a number of other tools.

Barracuda started trading on New York Stock Exchange in 2013 for $18 per share and peaked at just over $46 apiece two years later. One of the reasons that the company’s stock has dropped so significantly since is Wall Street’s skepticism over its ability to move from selling on-premises software to cloud services.

“We believe the Thoma Bravo acquisition is probably the best scenario for shareholders, given skepticism regarding the company’s ability to transition the business from on-premises appliances to cloud-based solutions and recent margin challenges,” analysts from William Blair & Co. wrote in a note to clients today. “While the frequency of ransomware attacks has been creating demand tailwinds for both Barracuda’s email security and backup products, we believe the company also faced some challenges from the transition to cloud and feel this takeout price is fair.”

The company seems to be doing OK from a financial standpoint, however. Barracuda saw sales rise 7 percent from a year ago, to $94.3 million in the last quarter, thanks to strong customer demand. Revenue from its core offerings rose 22 percent during the period ended Aug. 31, capping off a full year of double-digit growth on this front.

Thoma Bravo apparently believes that the company can maintain this momentum as it shifts to a cloud-based business model. The firm expects to wrap up the acquisition by March 2018.

As it happens, the announcement of the deal today coincided with another major buyout in the cybersecurity segment. McAfee Inc., which spun off from Intel Corp. eight months ago, has inked an agreement to buy a startup called Skyhigh Networks Inc.  that helps companies protect the data they store in the cloud. One source said it was an all-cash deal.

Skyhigh reportedly received a valuation of $400 million after its last funding round. This would suggest McAfee’s bid must’ve been quite sizable, especially given how high cybersecurity currently ranks on enterprises’ agenda. Recent attacks such as the infamous breach at Equifax Inc. have made the importance of network protection all too clear in the corporate world.