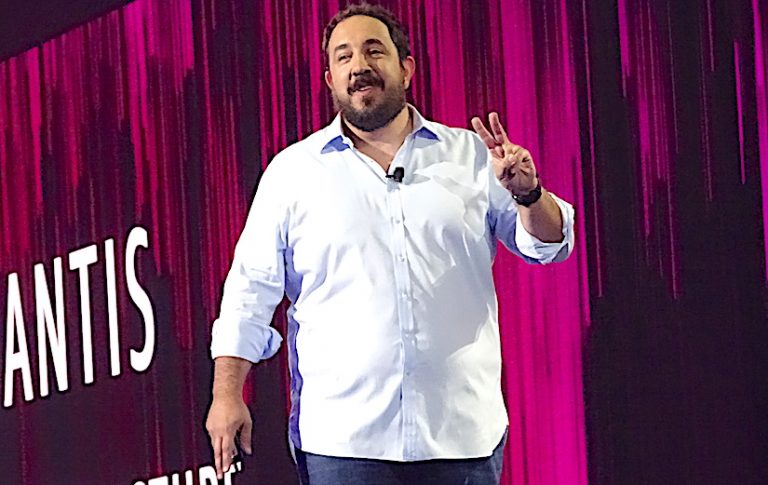 Amazon.com Inc.’s cloud company offered its first bare metal server instances as part of its i3 instance family in a public preview, but said it expects to expand them to other instance families in coming months. These instances have no software pre-installed on them, so customers can use all the computing resources and also quickly configure them and change that configuration as they choose.

Peter DeSantis (pictured), vice president of AWS Global Infrastructure, said in an evening keynote at AWS’s re:Invent conference in Las Vegas that the instances also allow customers to run applications they couldn’t license before for the cloud.

Most cloud servers run virtualization software, which allows customers to reserve virtual machines such as VMware Inc.’s on servers that may be running VMs from other customers. But that doesn’t always work for some demanding uses or because of regulatory or security requirements.

“The significance of the bare metal instances of EC2 is that it offers customers direct access to the familiar application programming interfaces and performance they’ve come to expect from their existing on-premises server hardware platforms’ compute and storage resources,” said Jim Kobielus, an analyst with SiliconANGLE sister company Wikibon. But they also get the “simplicity, scalability, efficiency, manageability and high availability of a fully managed AWS public-cloud service,” he added.

The announcement wasn’t a surprise, and not just because there was customer demand that potentially could get filled by other cloud providers such as IBM Corp. and Oracle Corp. that already offer bare-metal server instances. Last week, Microsoft Corp. announced that it would allow customers to run applications in its Azure cloud on bare metal servers using VMware software.

“AWS had to create bare metal for the VMware on AWS solution, so made a general version to do other things with that offering as well,” Wikibon analyst Stu Miniman noted.

What made the bare metal servers possible was a project called Nitro, which started out in 2015 when AWS realized it needed to do something different to get more performance from its EC2 instances, the core of Amazon’s cloud.

The company decided it needed to create its own custom silicon chips and systems that essentially offload much of the background networking, storage and management tasks so that customers can use all of the EC2 instances’ power for their own software workloads. That’s when it bought Israel-based Annapurna Labs, which helped it design the custom chips used for the bare metal servers.

As at last year’s opening keynote, Amazon sought to emphasize the breadth and depth of its cloud infrastructure compared with rivals such as Azure and Google Cloud Platform, which still trail far behind AWS in the base-level computing, storage and networking services. “We’re just getting started,” said DeSantis.

Discover Kubernetes Special Report
Many throats to choke: For better or worse, multiple clouds are here to stay
Apex Clearing takes new approach to remote collaboration as it reshapes fintech world
CNCF to host the Argo Project, for managing apps built on Kubernetes, at incubation level
More things Kubernetes: What else you missed at KubeCon last week
A Goldilocks saga: How VMware seeks to make the cloud and Kubernetes journey just right
View full report coverage