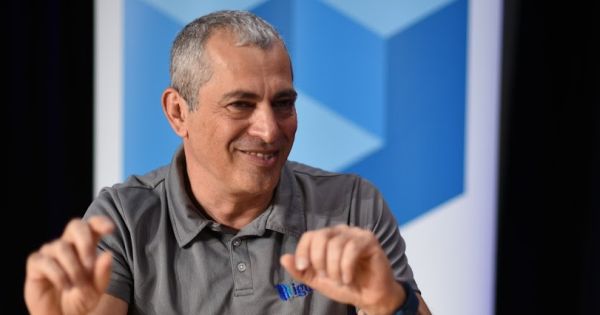 Iguazio Systems Ltd. has raised $48 million and a lot of interest for its platform-independent approach to data analytics. Now the company is releasing some of the underlying serverless computing technology under an open-source license.

Called nuclio, the platform is claimed to operate at faster-than-bare-metal speed, processing up to 400,000 events per second compared with 2,000 on Amazon Web Services Inc.’s Lambda platform, according to Yaron Haviv (pictured), founder and chief technology officer of iguazio. The application program interfaces that expose the serverless processes run between 30 and 100 times faster than on AWS, Haviv claimed.

Serverless computing is an event-driven software execution model in which a cloud service provider dynamically allocates resources for specific tasks, charging only for resources used and taking care of provisioning servers and the like for the customer. The approach is both cheaper and more responsive for small tasks that don’t require the overhead of a container or virtual machine.

“It separates code from infrastructure, so a developer only needs to worry about code rather than container packaging and middleware,” said Rich Sharples, senior director of product management for middleware at Red Hat Inc. Research and Markets forecasts that the “function-as-a-service” market, which encompasses serverless computing, will more than quadruple in size from $1.88 billion in 2016 to $7.72 billion in 2021.

“We initially developed nuclio for our own purposes because we have a lot of events happening on our platform,” Haviv said. “We decided to let others also use it.” The software can be downloaded for on-premises installation under an open source license or rented as a service from iguazio through a co-location agreement with Equinix Inc.

One of iguazio’s guiding principles has been to give enterprise customers alternatives to moving data analytics operations to the cloud in order to achieve satisfactory data consistency and scalability. Recent trends indicate iguazio is on the right track. The growth of the internet of things has many organizations rethinking centralized cloud architecture in favor of a more distributed approach that puts intelligence at the edge of the network. More organizations are also hedging their bets by adopting multiple clouds so that they can move workloads between them. International Data Corp. estimates that more than 85 percent of enterprise information technology organizations will commit to multicloud architectures by 2018.

There are multiple cloud-based serverless platforms out there, but “none was developed by infrastructure people,” Haviv said. “Nuclio is extremely optimized for event generation and real-time processing with high-speed storage. The APIs are optimized for serverless. It’s in our DNA.”

In addition to performance advantages, nuclio provides for automated function deployment, scaling operations and support for a wide variety of open and cloud-specific event and data sources. It also works on low-power “internet of things” devices as well as containers and cloud platforms.

Iguazio’s strategy is well-aligned with customer demands to bring the cloud experience to their data, rather than forcing workloads into the cloud, said David Vellante, chief analyst at Wikibon, a sister company of SiliconANGLE. “Iguazio’s data and serverless platforms enable modern application delivery with a true cloud experience close to data sources,” he said.