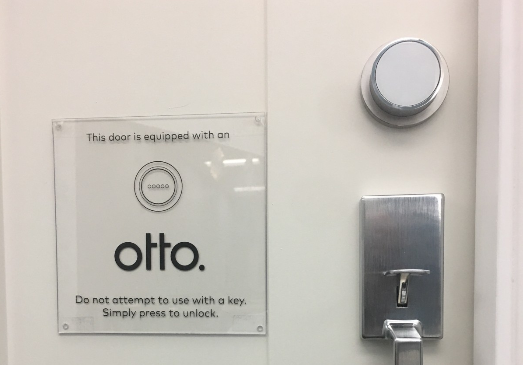 Smart lock maker Otto closes after running out of money

The company closed its doors last week after failing to raise new financing to allow it to bring its product to market. Founded in 2013 by former Microsoft Corp. Vice President Sam Jadallah, Otto was aiming to bring to market a smart lock that married technology with high-end style.

Its first product, the Otto Smart Lock, revealed in August, was described as an advanced digital lock that secures one-touch access to a home with the support of a remote lock that can be unlocked through the Otto App. The lock connected over both WiFi and Bluetooth with a modern design that masked, according to the company, “sophistication inside, where backup systems, specialized sensors, and intelligence quietly usher in a new era in digital home access.”

If that sounds impressive, it did come with one caveat: an epic $699 price tag. Its high price may have limited its market appeal in an already crowded market, but that will never now be tested, with Jadallah writing on Hacker Noon that operations had ceased after an acquisition offer fell through.

The short version of Jadallah’s extraordinarily long-winded post is that during summer, the company went out to seek new funding to bring the product to market and instead ended up in acquisition talks with a company described only as “a public company who understood the product we built.” As part of those talks, Otto signed an agreement that restricted its ability to solicit other bids or raise funding, with a targeted Dec. 11 close of the deal.

Suffice to say, the deal didn’t go through. Jadallah said he doesn’t understand what happened, but the upshot was that it exhausted its funds while waiting for the deal to happen, leaving it “without alternatives.”

It’s always sad when startups go out of business, but Jadallah never once takes responsibility for the company’s demise. Putting all your eggs in one basket, for one, would seem to be a poor business decision.

Companies are also known to pull out of acquisitions even when they are seemingly close to happening, but one common reason is that the acquisition target has failed a due-diligence test. It’s not clear if that’s the case here, but one thing seems certain: We’re likely not hearing the full story.