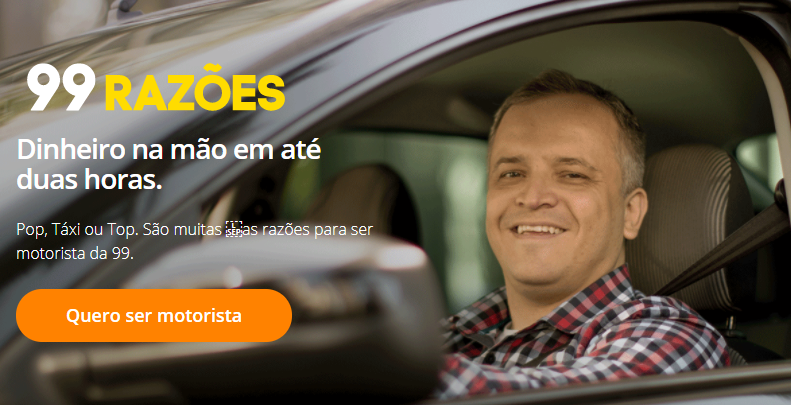 Chinese ride-hailing giant Didi Chuxing Technology Co. has spent no time in investing some of the $4 billion it raised in December, buying Brazilian car booking service 99 Corp. today for a figure believed to be $600 million.

Founded in 2012 and formerly known as 99Taxis, 99 is Brazil’s Uber Technologies Inc. It offers a similar range of services, including private car service 99Pop, taxi-hailing service 99Taxi and 99Top, luxury taxis a la Uber Black, offered in Sao Paulo. The company has 300,000 drivers and 14 million users in 400 cities across Brazil. By comparison, Uber claims to have 500,000 drivers in the country and 17 million registered users.

Didi Chuxing is not new to 99, having previously led the company’s Series C round of $100 million in January 2017. Coming into the acquisition, 99 had raised $240 million in total with other notable investors including SoftBank — itself one of Didi’s major investors — along with Qualcomm and Tiger Global.

The deal is notable not only as a major acquisition in a large marketplace but also because it marks the beginning of Didi Chuxing’s international expansion. The Chinese giant was first reported to be expanding into Mexico in December with a ground-up strategy as opposed to an acquisition. Its global ambitions were finally laid bare when it said Dec. 21 that its latest round would in part be dedicated to its international expansion.

The other takeaway from the deal is that Didi Chuxing is willing to acquire companies it has previously invested in, meaning there’s a swath of companies on Didi’s radar. To date, Didi is a large investor in Southeast Asia’s GrabTaxi Holdings Pte. Ltd. and India’s Ola (ANI Technologies Pvt. Ltd.), with smaller investments in Eastern Europe-focused Taxify OU, the Middle East’s Careem and last but certainly not least Lyft Inc., Uber’s largest rival in the United States.

At this point, with a massive war chest of cash at hand — it has raised $20 billion to date — it would not be hard for Didi to easily snap up one or more of the aforementioned companies, in short order converting it from Uber’s largest rival in terms of market capitalization to its largest rival on roads across the globe as well.

Didi itself isn’t shy about hinting that this is exactly what its intentions may well be. “Globalization is a top strategic priority for Didi,” founder and Chief Executive Officer Cheng Wei said in a statement. “With enhanced investments in AI capabilities and smart transportation solutions, we will continue to advance the transformation of global transportation and automotive industries through diversified international operations and partnerships.”