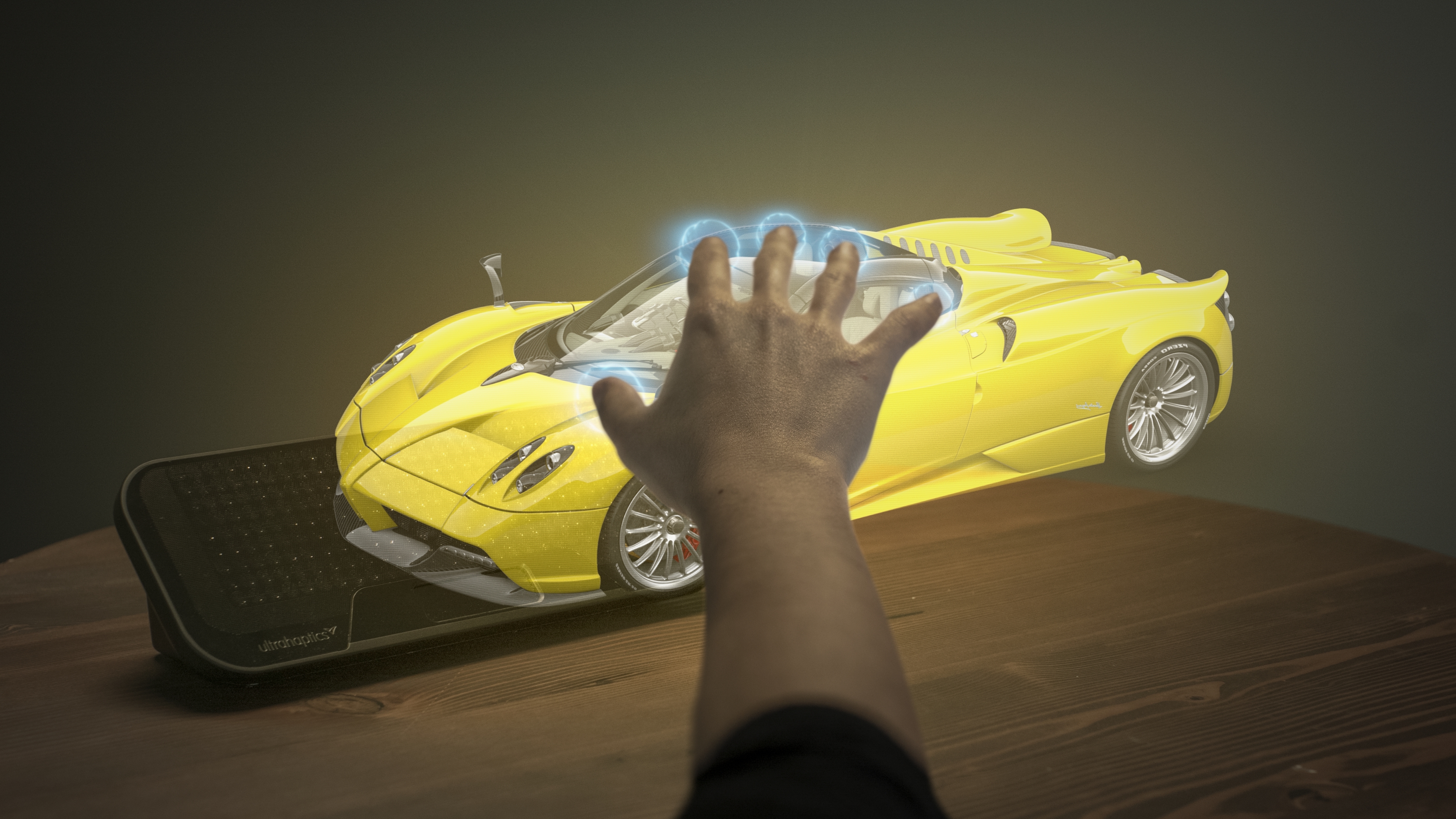 Augmented reality developer Meta Co. announced today that it has teamed up with Ultrahaptics and ZeroLight Ltd. in an effort to create touchable AR objects by combining haptic feedback and real-time 3-D visualization techniques.

To demonstrate this technology, Meta will enable customers to see and feel a luxury supercar, rendered in AR (pictured), during the upcoming Consumer Electronics Show conference in Las Vegas.

“The vision behind Meta is to deliver a machine that acts as an extension of the body, allowing us to intuitively create, communicate and collaborate in a natural way,” said David Oh, head of developer relations for Meta.

The demo will give users the opportunity to explore a 3-D virtual model of a Pagani Huayra Roadster hypercar rendered by Zerolight’s artists using the Meta 2 AR development kit. The Huayra Roadster is a hand-built vehicle designed by Pagani Automobili S.p.A. to be both luxurious and beautiful. It also has a monster price tag: $2.4 million.

Augmented reality allows users to explore the car as a 3-D object, configure it and even suspend and separate individual components of the car for inspection. And with the power of Ultrahaptics, AR users will also be able to touch the exterior of the 3-D model and feel the vibration of its Mercedes-AMG-sourced M158 V12 engine.

“Ultrahaptics uses ultrasound to create tactile feedback on the hand, allowing you to explore and manipulate virtual objects and react to tactile cues without inhibiting natural movement,” said Anders Hakfelt, vice president of product and marketing at Ultrahaptics. “By stimulating contact with digital models, we can amplify the overall impact and response of each digital interaction.”

When a user’s hand comes into contact with the 3-D model of the roadster, the Ultrahaptics setup will generate an ultrasound pulse that can be felt as a “touch” by a finger or a palm. The resulting sensation offers no actual resistance, but the touch feedback along with the visual effect of seeing fingers touch the 3-D object provides a dimensionality to AR objects.

Ultrahaptics work follows years’ worth of research into ultrasound haptics. This includes work from the University of Bristol and the University of Tokyo’s Department of Complexity Science and Engineering into producing “touchable” holograms.

A market report from 2017 from analyst group Digi-Capital LLC predicted that the AR market could reach $108 billion by 2021. The industry is being driven by an ever-increasing interest in the capabilities of AR for entertainment, such as seen with the Pokemon Go phenomenon, as well as social media, journalism and sales.

Joseph Artgole, associate marketing director at Zerolight, said he believes touch feedback for AR could usher in a new era for sales and representation of products. He said the demonstration brings “products to life in stunning detail through cohesive, personal experiences” and that it “enables the clear perception and understanding of virtual vehicles, allowing for more informed decision making.”

Cars aren’t the only product that could benefit. Ikea and Amazon.com Inc. both have developed AR apps that allow users to view furnishings before purchase, such as in the comfort of a customer’s own home. Although it would most likely happen in a showroom, with AR haptics a customer could get the chance to run their fingers along the curvature of a chair or feel the texture of the upholstery on a couch.

The touchable AR supercar demonstration will run Jan. 9 to 12 in the Ultrahaptics booth at the CES conference next week.