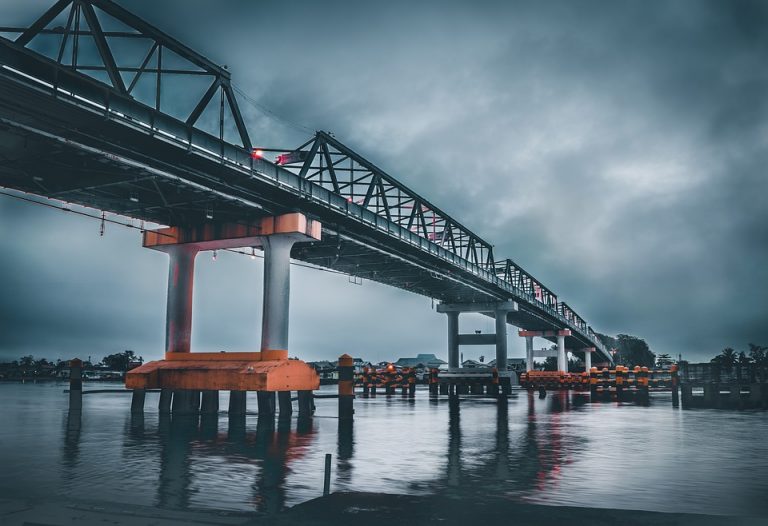 The company said Tuesday at the Consumer Electronics Show in Las Vegas that it’s testing out a new “structure monitoring solution” that uses an array of sensors to help monitor the integrity of bridge structures, and alert city, state and transportation company officials if they become unstable.

AT&T said all kinds of bridges can be monitored with its system, including simple footbridges and those that support railways and roads. The sensors will take readings once every eight hours before transmitting their data to IBM’s cloud for analysis, via AT&T’s LTE network.

The system is designed to monitor a number of factors that could indicate problems with a structure, including the width of any cracks, temperature, joint movement and changes in the angle of the bridge. The company said it already has customers lined up, which it will announce soon. Some of these customers will manage the system themselves, while others will let AT&T do it for them.

Bridges are just the latest aspect of AT&T’s smart cities gambit. The company announced its “digital infrastructure solution” last year, saying it wants to equip cities with smart street lights that can monitor things such as traffic, pedestrian movement, air quality and noise. This data is then sent to city officials for analysis. The company has also built a number of applications to help city officials, such as its Shot Spotter app, which sends an alert to police if it senses what appears to be a gunshot.

“Safety is a top concern of citizens and cities alike,” said Mike Zeto, general manager of AT&T Smart Cities. “This concern extends beyond the realm of crime and natural disasters. It also includes the safety of our infrastructure.”

AT&T said it has already made substantial progress with its smart cities initiative, with 3,200 digital infrastructure sensor nodes already deployed in San Diego and 2,000 more deployed in Atlanta.