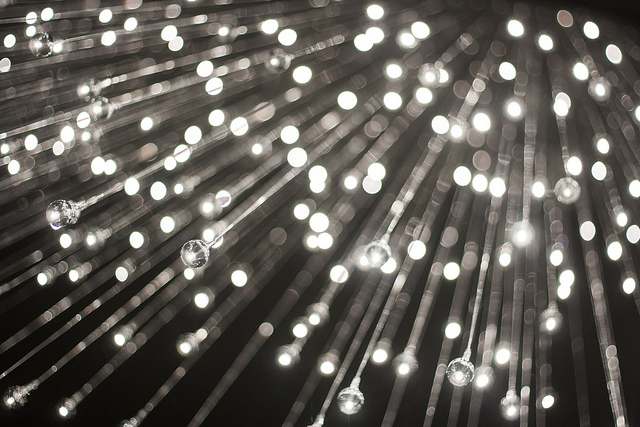 Boston-based startup Lightelligence has just landed $10 million in seed funding as it bids to accelerate artificial intelligence workloads with a new technology based on light.

The round was led by Baidu Venture and a consortium of U.S. semiconductor executives.

The company’s approach is to speed up information processing through the use of a nascent technology called photonic circuits, which are a more efficient alternative to electronic circuits, using photons rather than electrons to do the computing.

The technology incorporates nanophotonics, which relates to the study of the behavior of light on the nanometer scale, and of the interaction of nanometer-scale objects with light, plus optical computing. Basically, photonic circuits use light to transmit signals, similar to optical fibers, and offer significantly lower latency and higher throughput than standard electronic circuits.

“When electrons travel through copper wires, they generate heat,” Paul Xie, the company’s founder and vice president of product, told SiliconANGLE. “As in long-haul optical fiber telecommunications, light travels without generating heat and very little loss. So the main benefit of optical computing is that it is more energy-efficient.”

The technology was first developed by scientists at the Massachusetts Institute of Technology, and Lightelligence is a spinoff that was established to commercialize that research. The company said it has several world-renowned professors, Ph.D.s, experienced entrepreneurs and industry veterans in the field of semiconductors and consumer electronics among its team.

Lightelligence’s idea is to use photonic circuits to accelerate AI workloads far beyond speeds that are possible now. Researchers first demonstrated the power of photonic circuits in a study posted in Nature Photonics last summer, and followed up with a series of research articles about novel neuron network algorithms.

Photonic circuits provide superior performance in many areas, the company said. For example in cloud computing environments, the technology serves as a coprocessor for computer processing units to speed up deep learning training and inference. Xie said the “matrix” operations photonic circuits do well give it a unique edge over standard logic-gate circuits, because 99 percent of machine learning work is matrix operations.

The technology can also be used with network edge devices to build more efficient, low-powered systems such as drones and sensors. Lightelligence’s founders say their technology has arrived at just the right time, as the geometric scaling concept known as “Moore’s Law” appears to be becoming to an end.

Xie said the company has a standalone optical chip that it plans to demonstrate in an evaluation circuit board that will be available in samples in the first quarter of 2019. He expects to have a working product in two to three years.