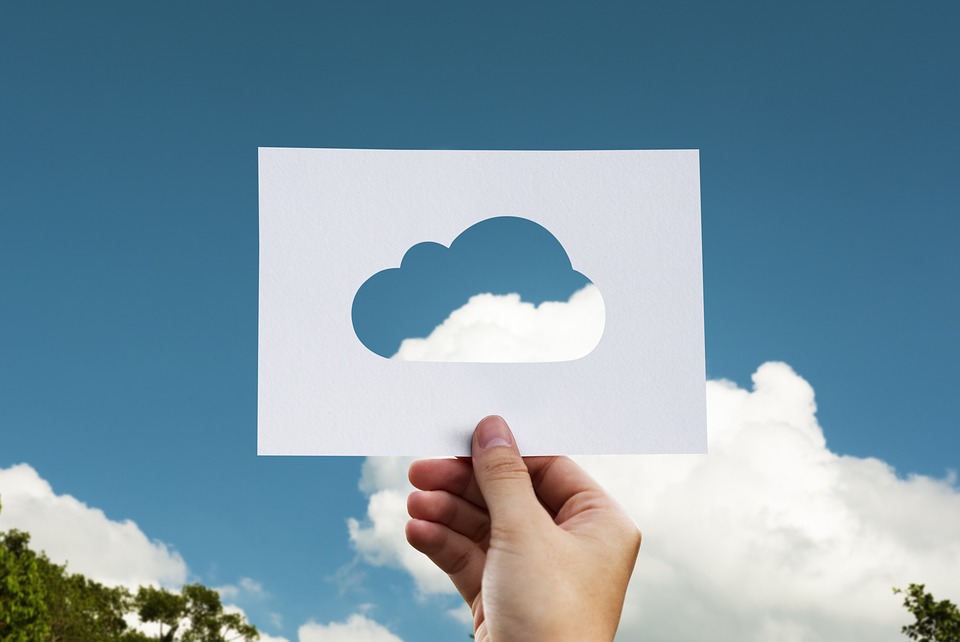 Enterprises are showing no signs of slowing down in their race to move applications and data into the cloud, challenges around security and spending remain. But the battle among cloud providers for the top spot is getting more interesting, with Microsoft Corp. making inroads on leader Amazon Web Services Inc. and others gain ground as well.

Those are the top takeaways from RightScale Inc.’s latest 2018 State of The Cloud Report, which surveyed 997 technical professionals across a broad cross-section of organizations about their adoption of cloud infrastructure.

The use of multiple clouds is also becoming more prevalent, with the average survey respondent running applications in an average of 3.1 clouds and experimenting in 1.7 more. Clearly, there’s a lot more growth in the sector to come. 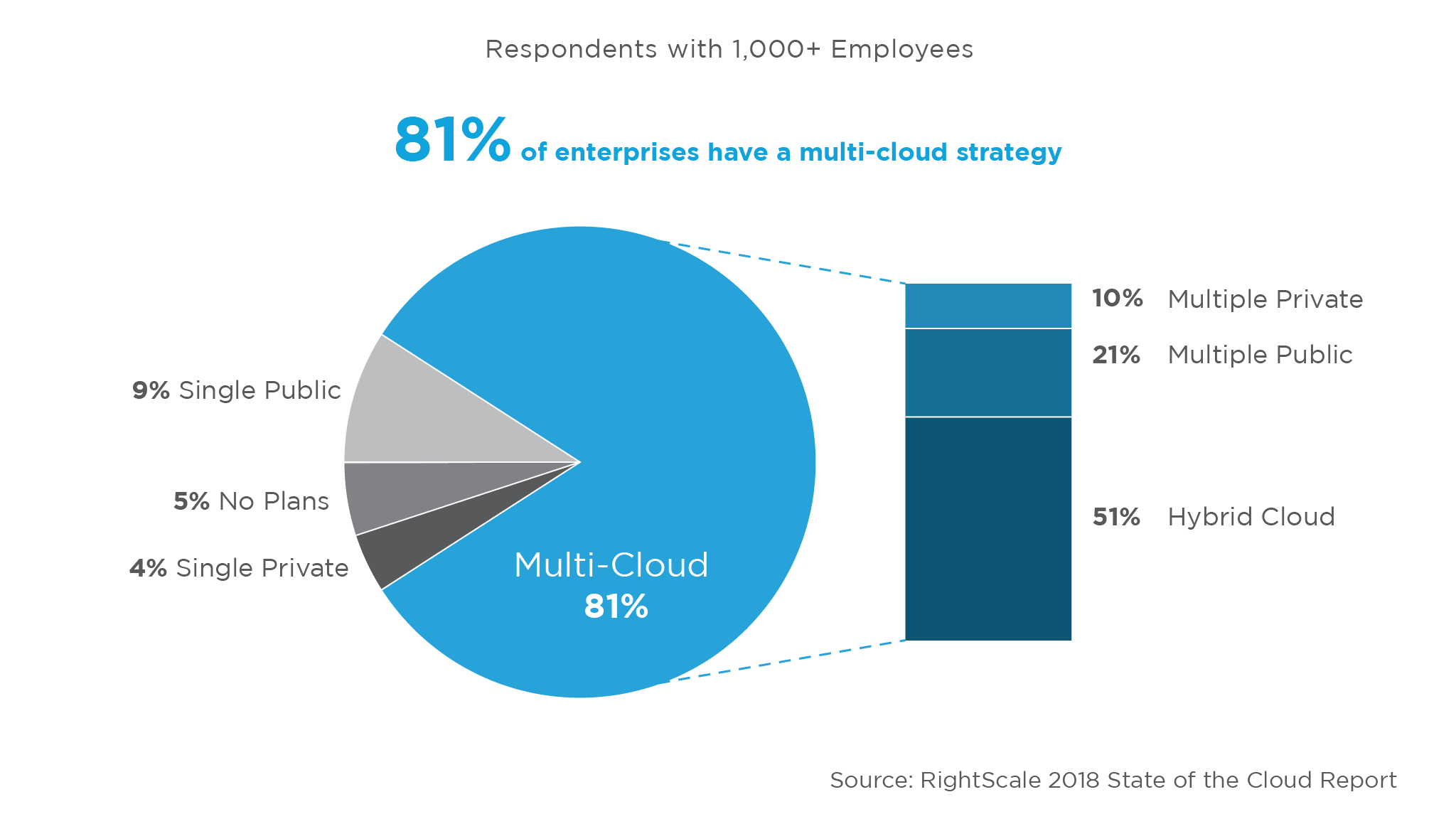 Azure chips away at Amazon’s lead

As for the leading cloud companies, things don’t appear to be quite so clear-cut as they were. Amazon Web Services remains the leader in public cloud, but Microsoft Azure is quickly catching up, according to RightScale’s numbers.

The survey shows that 68 percent of respondents are running applications on AWS, up from 59 percent one year ago. Meanwhile, 23 percent more are either experimenting with apps on AWS or planning to do so in the near future.

Those figures suggest AWS remains pretty dominant, but Microsoft Azure is not so far behind. Microsoft’s cloud is now being used by 58 percent of enterprises, up from 43 percent one year ago, according to RightScale’s figures. Another 30 percent either experimenting or planning to run apps on Azure in the future.

Interestingly, Azure does edge out AWS when it comes to adoption among beginner cloud users, the survey found. Some 49 percent of beginning users have adopted Azure, compared with 47 percent for AWS.

Also, the survey found that Azure has actually surpassed AWS in terms of the revenue it generates. RightScale’s study puts Microsoft’s Commercial Cloud annual revenue run rate at $21.2 billion, compared with $20.4 billion for AWS. The only problem with these numbers is that the services offered by AWS and Azure don’t really match up all that well. A large portion of Microsoft’s Commercial Cloud revenue comes from its Office 365 suite rather than compute services and the like, whereas Amazon has no productivity suite of its own.

Nonetheless, it seems clear that AWS and Azure remain streets ahead of the chasing pack, which is led by Google Cloud Platform (used by 19 percent of respondents), IBM Cloud (15 percent), VMware Cloud on Amazon (12 percent), Oracle Cloud (10 percent) and Alibaba Cloud (2 percent).

“Multicloud continues to be the preferred strategy for enterprises, with companies reporting that they use nearly five different clouds on average,” said Michael Crandell, chief executive officer at RightScale “With this multicloud approach, Azure is now nipping at AWS’ heels and, in fact, is in a dead heat with AWS among enterprises that are just beginning their cloud adoption.”

It’s far from clear if Azure has enough momentum to one day knock AWS off its perch, but survey respondents suggested that Microsoft and others would do well to differentiate themselves. Almost 50 percent of developers surveyed said that they believe the various development ecosystems offered by the major cloud providers are “pretty much the same,” while 70 percent indicated that any platform which truly differentiates itself would get much more attention.

What with the growing spending on cloud services, it’s not a big surprise that optimization of cloud costs is one of the main concerns cited by enterprises. Some 58 percent of respondents said cost optimization is their top initiative this year, compared to 53 percent one year before. 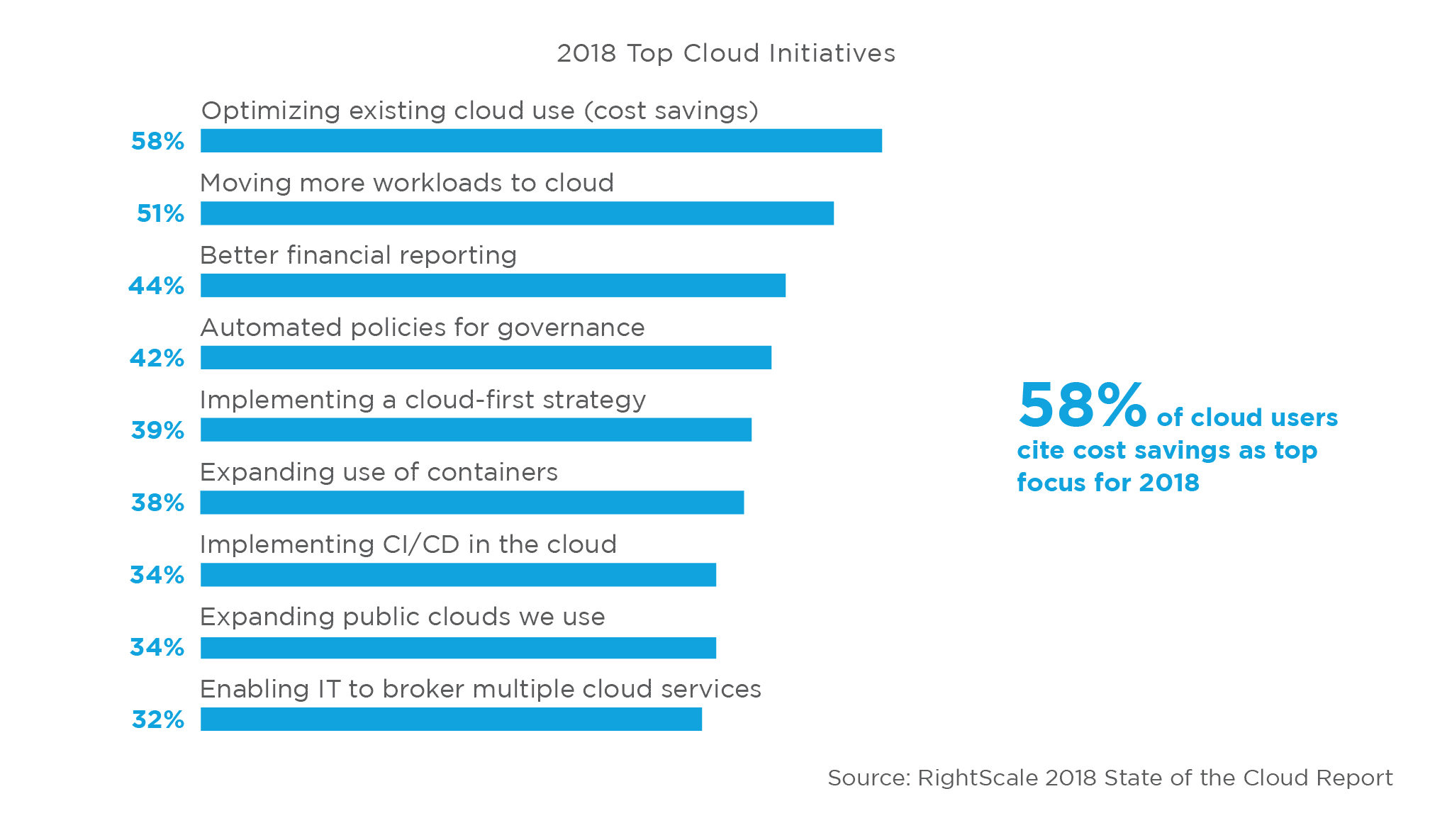 Security concerns refuse to disappear. A massive 77 percent of respondents said that security remains a challenge, with 29 percent saying it’s a significant one. More than three-quarters said cloud spend is a challenge, with 21 percent saying it’s significant. The survey found that companies estimate they waste an average of 30 percent of the money they spend on cloud services. RightScale, however, said that companies are typically underestimating their wasted cloud spend by an average of 5 percent.

“The RightScale 2018 State of the Cloud Survey showed that enterprise cloud spending will grow rapidly over the next year, and yet 35 percent of cloud spend is wasted,” Crandell said. “As a result, optimizing clouds costs is the top initiative for cloud users in 2018.”