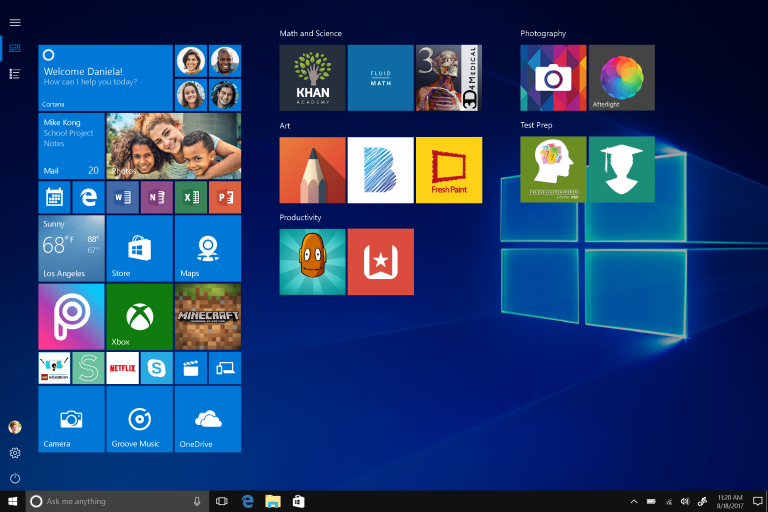 Microsoft Corp. has decided to pull the plug on Windows 10 S, a lightweight operating system designed for devices used in schools.

Reports of the company’s decision surfaced last month, but the rumors were finally confirmed today by Joe Belfiore, vice president of Windows 10 at Microsoft.

“We use Win10S as an option for schools or businesses that want the ‘low-hassle’/guaranteed performance version,” Belfiore said on Twitter. “Next year 10S will be a ‘mode’ of existing versions, not a distinct version.”

Announced less than a year ago, Windows 10 S (pictured) promises better startup speeds, security features and battery life than other versions, but the tradeoff is that Windows 10 S only runs apps from the Microsoft Store.

The restriction on apps is meant to make devices more secure and stable, especially when they are loaned out to students. However, this also prevents users from accessing a wide range of popular programs, including third-party web browsers such as Firefox and Google Chrome. Microsoft has tried locking down apps before with Windows RT, a mobile and tablet OS that eventually proved to be a commercial failure.

The disappointment of Windows RT might explain why Microsoft has been so quick to change its approach with Windows 10 S, which has so far been available on only a handful of Surface tablets and other devices. The new “S Mode” for Windows 10 will allow Microsoft to offer many of the same features as Windows 10 S without having to build and sell a separate line of products.

Belfiore did not share any details about how the mode will work or when exactly it will arrive, but the mode is expected to launch sometime in 2019. Last month’s reports suggested that Windows 10 Home users will be allowed to disable S Mode free of charge, but Windows 10 Pro users may be required to pay a $49 fee to unlock the full version of the OS.