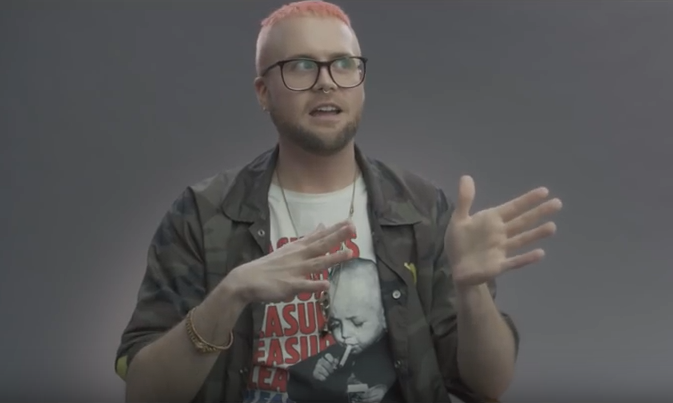 The pressure is mounting on Facebook Inc. after it was discovered that data analysis firm Cambridge Analytica harvested millions of profiles from the platform without the users’ permission.

“We exploited Facebook to harvest millions of people’s profiles,” whistleblower Christopher Wylie (pictured) told the U.K.’s Observer. He said his job was to build “models to exploit what we knew about them [users] and target their inner demons. That was the basis the entire company was built on.”

In a video interview with The Guardian, Wylie referred to his former line of work as “grossly unethical experiments.” Backed by hedge fund billionaire Robert Mercer, Cambridge Analytica at one time was headed by Steve Bannon. Not mincing his words, Wylie said his position under Bannon was to help him create a “psychological warfare mindfuck tool.”

The data was harvested from an app called “thisisyourdigitallife” that used a paid-testing procedure to collect information, but unbeknownst to the test-takers it was also allegedly collecting information on their Facebook friends. The app was built by Cambridge University psychologist, Aleksandr Kogan, and it seems participants thought the information was supposed to be used for academic research purposes.

Cambridge Analytica worked on President Trump’s 2016 campaign and played a major role in shaping opinions on the run-up to the EU Brexit referendum. “The company was founded on using Facebook data,” said Wylie, adding that by using this data it could manipulate people’s opinions by first using data scientists, psychologists and strategists and to then focus on content creation and “inject it into the Internet.”

Once user data had been studied, said Wylie, it was just a matter of creating tailored content for those users to find somewhere online. “You are whispering into the ear of every voter,” he said. “This was the weapon that Steve Bannon wanted to build to fight his culture war.”

Facebook had known about this collection of user information but said that it had received guarantees that the data would be deleted. It has now suspended the company and also the affiliated company Strategic Communications Laboratories.

“We are moving aggressively to determine the accuracy of these claims. If true, this is another unacceptable violation of trust and the commitments they made,” Facebook Vice President and General Counsel Paul Grewal said in a blog post.

That post was updated a day later, stating that the claim that there had been a data “breach” was false. “People knowingly provided their information, no systems were infiltrated, and no passwords or sensitive pieces of information were stolen or hacked,” said Facebook.

The app in question was a kind of personality quiz, but users, seemingly unwittingly, supplied a lot of personal information and in some cases their friends list – depending on what their privacy settings were. After taking the quiz, Wylie said, it was possible to know how users would react to certain content and to understand what they were susceptible to.

Only 270,000 people downloaded the app, but because it was able to collect information on friends, the number of harvested accounts is thought to number about 50 million in total. Kogan was able to create psychographic profiles of these people, which relates to personality rather than demographics.

Kogan then gave this information to Cambridge Analytica, but in 2015 Facebook found out about the harvesting and removed the app. Apparently, Facebook was told all the data had been deleted. It seems that wasn’t the case. Grewal said Facebook was presently making sure that the “data in question is deleted once and for all” and that it will “take action against all offending parties.”

Currently there are ripples forming across the pond in the U.K. as well as in the U.S. An inquiry into data and politics is being led by the British Information Commissioner’s Office, while the Electoral Commission is looking into how all this may have affected the Brexit vote. In the U.S, lawmakers have also begun investigating the practice of data harvesting and more specifically what was done with the information.

This is certainly a rough patch the social media giant is going through, along with the revelations of Russian propaganda disseminated on the platform. There has also been a lot of negative press of late regarding the potentially harmful characteristics of the site in terms of addiction or psychological manipulation.

How will this affect Facebook’s bottom line? Probably not, said eMarketer principal analyst Debra Aho Williamson, and in fact the research firm forecasts that the company will see worldwide ad spending rise 22 percent this year, when it’s expected to gain share of the overall online ad market. But she said advertisers are likely to reconsider how they handle Facebook user data.

“Facebook’s advertising system depends on user data, and it has used that data to develop targeted advertising capabilities that are better than any other company can offer,” she said in an email. “If Facebook were forced to change the way it uses data or the way its ad products work, then advertisers may become less enamored with it.”

And according to a client note from Pivotal Research Group, Facebook likely won’t see much of a difference financially either. “We think this episode is another indication of systemic problems at Facebook, although the company’s business won’t likely be meaningfully impacted for now because we don’t think advertisers will suddenly change the trajectory of their spending growth on the platform,” said Wieser, who has had a sell rating on Facebook’s shares for some time.

Moreover, Facebook no doubt will have to steer through a few storms in the coming weeks, including intensified regulatory risks. Enhanced use of data in advertising will be at greater risk than before and third-party measurement partners may face more restrictions, frustrating advertisers, Wieser said.