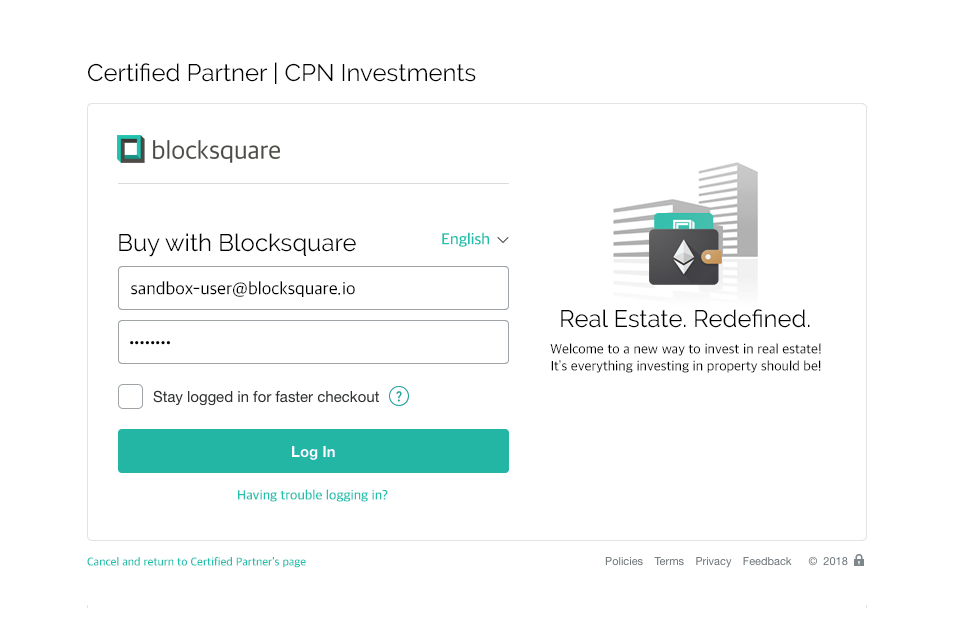 The company also announced an upcoming crowdsale of its tokens, starting April 18, to provide the initial capital for its platform.

With Blocksquare’s blockchain technology, investors will be able to participate in tokenized real estate markets. This would open up tokenized and fractional ownership in real estate to anyone with an internet connection through the trade of Blocksquare tokens.

“Historically, real estate has been an attractive investment option only accessible to institutional shareholders,” said Denis Petrovcic, chief executive of Blocksquare. “Tokenized real estate is set to change that so the financial barrier to entry becomes almost nonexistent.”

To make this possible, Blocksquare is building out what Petrovcic calls a blockchain-based plug-and-play system for real estate investment.

The platform will take advantage of the tamper-proof transaction tracking nature of a blockchain to allow fractional ownership in real estate bids to be traded among investors. The Blocksquare tokens, or BST, are based on the Ethereum blockchain and will be used to fuel a secure tool that can process payments on an e-commerce site through a series of protocols, application programming interfaces and tools for this purpose.

Third-party platforms will be able to integrate the system into their own apps and businesses to offer tokenized and local commercial real estate ventures. Users seeking to participate in these ventures would simply go online and click a widgetlike option to begin contributions.

Once within Blocksquare’s network, users would then be able to trade tokenized assets without the need to worry about being bound to long-term liabilities.

Petrovcic believes this will open up real estate to cryptocurrency backers and make it more suitable for that market.

Cryptocurrency has become a huge investment opportunity for tokens for various purposes: holding some sort of value as commodities, such as bitcoin and its $127 billion market cap; providing programmatic capability such as Ethereum, which has a market cap of $47 billion; and fueling blockchain platforms, such as Namecoin for domain names, GameCredits for game app monetization and EnergyCoin for “green” energy trading.

“With Blocksquare’s tokenization model, brokerages can sell a property to 100 buyers rather than just one, which enables deeper markets and improves liquidity,” Petrovcic said. “Blocksquare gives consumers who have money to spend, but don’t want to put it all into the same property the option to hold stake in multiple properties, minimizing the risks associated with real estate ventures and paving the way for a new real estate market powered by blockchain.”

Blockchain platforms have been slow to colonize the real estate industry, but several systems have been implemented over the years. In April, blockchain-as-a-service company Factom Inc. closed a Series A funding round for $8 million to build a blockchain mortgage solution. The company also attempted a doomed land registry project with the government of Honduras in May 2015, which stalled later that year.

The City of South Burlington, Vermont, contracted Propy Inc. to build a blockchain-based real estate registry in January, a project which is currently underway. And for homeowners and buyers, blockchain startup Deedcoin is looking to change how people find and commission real estate agents.

The protocol underlying Blocksquare’s system uses smart contracts powered by its connection to the Ethereum blockchain. It uses a Proof of Title protocol that links PropToken contracts to an underlying real estate property. Each property is represented by a single PropToken smart contract that defines the rules and regulations for that specific property and the Proof of Title protocol verifies the data in the registry and ensures that everything stays the same during transactions.

PropTokens are granted for Ethereum cryptocurrency tokens, but a separate token is used to compensate for generated rent, and that is the BST token.

The crowdsale for BST tokens will start on April 18. A presale of 4.4 million BST has already taken place and these tokens have been distributed to 164 contributors.