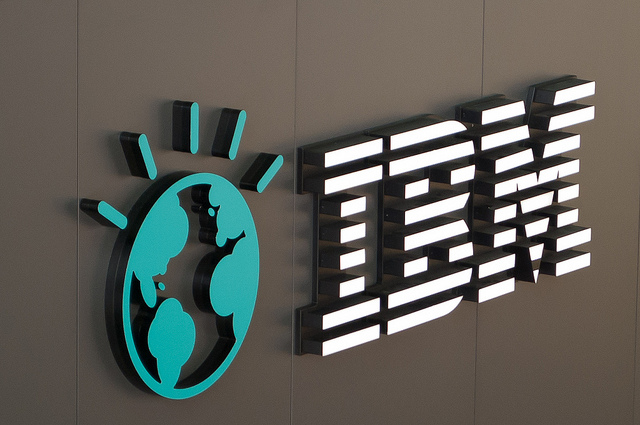 IBM outlines a new cloud push, with an emphasis on AI and security across clouds

IBM Corp. is hoping to entice more enterprises to its cloud platforms with a raft of updates aimed at boosting security and enabling artificial intelligence workloads and “multicloud” deployments.

The company’s announcements will be made Tuesday during its annual Think Conference taking place in Las Vegas this week, where the overriding theme is all about its efforts to expand cloud adoption.

IBM faces a bit of a conundrum here: On the one hand, it says most enterprises are desperate to move to the cloud in order to take advantage of new technologies such as artificial intelligence, machine learning and the “internet of things.” But those same enterprises are also worried about moving too quickly, fearful of the security risks of moving workloads and data outside of their on-premises data centers.

IBM is trying to address these concerns by introducing what it calls “mainframe-level data protection” capabilities to its cloud infrastructure. These capabilities are being introduced under the “IBM Cloud Hyper Protect” banner, which is basically a family of security services that are designed to put developers’ concerns at ease.

Also new is IBM Cloud Hyper Protect DbaaS, a new service designed to safeguard databases in the cloud such as MongoDB. As for IBM Cloud Hyper Protect Containers, this is designed to work with the IBM Cloud Container Service, helping enterprises deploy container-based applications, which can run on multiple kinds of computers and software, and services in the cloud. The company said it provides “extreme security” for these kinds of workloads and is particularly good at preventing privileged access from malicious users.

The last of IBM’s security updates pertains to its IBM Cloud Hyper Protect Developer Starter Kits for iOS platform developers who need a way to safeguard credentials, services and data when building apps on its cloud.

AI in the sky

Besides securing the cloud, IBM is also trying to help customers get greater value out of it. IBM’s customers are keen to adopt AI technologies, the company said. But for many organizations, this necessitates using cloud resources because the hardware required for AI workloads is extremely specialized and prohibitively expensive.

“To be successful in leveraging AI or developing new machine learning models, enterprises need access to hardware that is purpose-built to meet the rigorous demands of these workloads,” the company said.

Of course, IBM is only too happy to provide that hardware. At IBM Think, the company is showing off its latest systems for cloud-powered AI workloads, including POWER9 on IBM Cloud. This is basically an extremely powerful server that’s based on its latest Power Systems Servers and POWER9 processor chips and customized for AI workloads. The server also incorporates Nvidia Corp.’s latest Tesla V100 graphics processing unit chips via a high-speed NVLink interface, and it can train deep learning neural network frameworks almost four times faster than previous systems, IBM claimed.

Also new is PowerAI on IBM Cloud, an enterprise-grade software distribution that bundles popular deep learning frameworks such as TensorFlow, Torch and Caffe and enables users to set them up in a matter of minutes rather than days. Furthermore, the company has unveiled SAP HANA on Power Systems on IBM Cloud. This is described as a managed cloud service for SAP HANA on Power Systems designed for in-memory analytics workloads that can support up to 24 terabytes of data.

The final aspect of IBM’s new cloud push is all about enabling multicloud deployments. IBM notes in a blog post that companies are increasingly deploying applications and workloads inside a multitude of information technology environments, including public clouds, private clouds and on-premises, depending on which is most suitable.

The multicloud strategy is all about maximizing efficiencies, but causes headaches too as it becomes challenging to tie all of these diverse IT environments together. So what’s an enterprise to do?

IBM thinks it has the answer with some of its new services it’s announcing Tuesday. These include new Cloud Migration Capabilities for the IBM Cloud Private platform that are designed to speed up the deployment of business-critical apps to the cloud. The company is also touting its Expanded Container Support, with new container versions of IBM app development and management software that should help developers to develop, test, monitor and manage apps across multiple clouds and on-premises systems.

Holger Mueller, principal analyst and vice president of Constellation Research Inc., told SiliconANGLE that the updates are good news for IBM customers that are already invested in its stack because they make the company more competitive. However, he said the updates are much less appealing in terms of IBM offering point solutions because the benefits only unfold when used with IBM’s full stack.

“Security is important but it only truly plays a role in on-premises and IBM solutions,” Mueller said. “When enterprises deploy cloud, they look at the respective infrastructure-as-a-service vendor to provide the security.”

IBM’s also announcing that it’s teaming up with application analytics and performance monitoring company New Relic Inc. to offer its services from its cloud data center in Frankfurt, Germany. This move primarily caters to New Relic’s European customers, and allows them to stay in compliance with the upcoming General Data Protection Regulation.

(* Disclosure: TheCUBE is a paid media partner for IBM Think. Neither IBM, the event sponsor, nor other sponsors have editorial control over content on theCUBE or SiliconANGLE.)