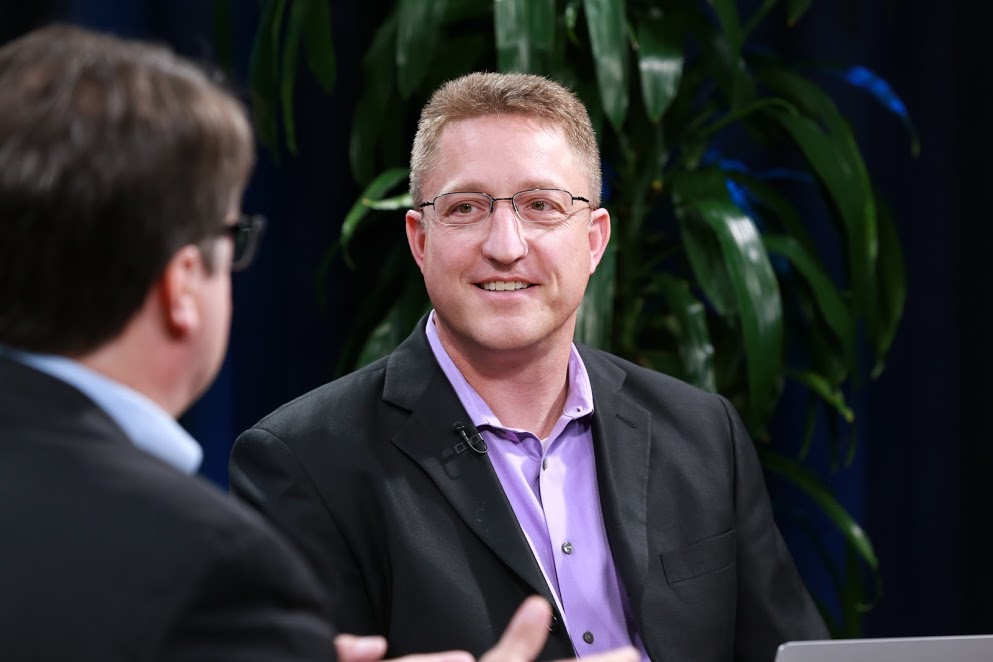 Amberdata focused on building ‘Google for the blockchain’

A Deloitte report released last year found that nearly 40 percent of senior executives surveyed had little or no knowledge about the blockchain. Yet, the decentralized general ledger platform, originally built 10 years ago for tracking cryptocurrency exchanges, continues to attract enterprise interest as evidenced by recent blockchain-related endeavors announced by players such as Cisco Systems Inc., Salesforce.com Inc. and IBM Corp.

One explanation for the number of executives still in the dark may be a simple one: They can’t understand what they can’t see. Much as the internet took off in the early 2000s after Google LLC built a search engine that opened up the full scope of the Web to the world, one company is seeking to provide the same function for the blockchain.

“It’s ironic; the transparent platform has no real view into it and that’s what we’ve built,” said Shawn Douglass (pictured), chief executive officer of Amberdata Inc. “We are going to define the space for operational monitoring analytics for public and private blockchain and be that single pane of glass that allows enterprise to build on or around decentralized smart contract platforms.”

One of the key trends currently driving blockchain usage these days is the growth of initial coin offerings. CoinDesk Inc. recently reported that ICOs raised more money during the first quarter of 2018 than over the entire year of 2017.

“ICOs are the killer use case,” Douglass said. “There’s $300 million per hour traversing in the public Ethereum network. Fifty percent of that is going to smart contracts.”

Amberdata provides a window into public Ethereum, a decentralized platform that powers applications based on the Ether cryptocurrency. Ethereum has emerged as a major force in smart contracts, which are becoming an attractive option for users seeking to digitally enact verified transactions without the need for a third party.

“What blockchain is allowing anybody to do is publish a smart contract on chain and monetize that at the most elemental level,” Douglass explained. “This is a massive transformation, and it reduces barriers to entry for people to come in and compete with juggernauts like an Amazon or an Oracle.”

With significant transaction volume flowing through the cryptocurrency world, visibility into the system becomes even more important. The blockchain has evolved into essentially a decentralized database and network put together and the ability to see the inner workings has taken on added importance.

The company has built and released a publicly available dashboard that shows a wide range of blockchain transaction activity. “We’ve been heads down building our product,” Douglass said. “We launched our product live and have instrumentation for blockchain, infrastructure, decentralized applications, transactions, and an ontology-based search that gives a clean user experience.”

Amberdata’s launch is a natural outcome of the tech industry’s historic progression, as innovation creates new tools to advance technology forward. Waves of innovation are mini-revolutions that just keep coming.

“What we’re seeing with blockchain is the next wave; it’s that next revolution,” Douglass said. “That revolution is about trust and decentralization.”

Watch the complete video interview below, and be sure to check out more of SiliconANGLE’s and theCUBE’s CUBEConversations.