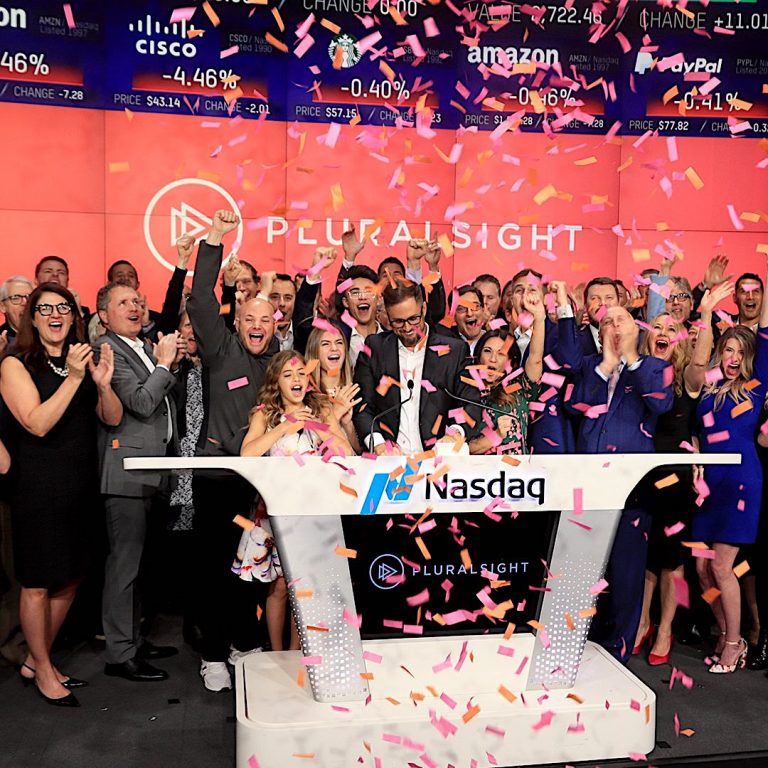 In another of a recent string of enterprise initial stock offerings, online learning platform PluralSight Inc. Thursday sold shares publicly for the first time, and their price jumped more than 30 percent on their debut.

The company had priced shares Wednesday for its initial public offering at $15 each, raising $310 million with an option for underwriters to sell an additional $47 million worth of shares. That price topped the previous target range of $12 to $14.

The company raised its share price on the back of strong demand after its offering was oversubscribed more than 20 times, according to one anonymous source quoted by Reuters. Shares began trading on the Nasdaq exchange starting Thursday morning, holding their gains at about 32 percent in morning trading.

PluralSight, which announced plans for an IPO last month, is a provider of online software development courses aimed primarily at employees who wish to acquire new skills in order to further their careers. Its platform is popular with businesses as it allows them to train their employees in tech skills such as JavaScript and HTML rather than acquire outside talent.

The company, which counts Adobe Systems Inc. and AT&T Inc. as some of its biggest users, said 82 percent of its first-quarter billings came from business customers. Private individuals looking to gain skills that make them more attractive to recruiters made up the rest.

PluralSight is the latest in a wave of technology IPOs this year, many of which have been quite successful. Zscaler Inc., for example, went public in March and is trading well above its IPO price. Another big IPO this year was the file-sharing company Dropbox Inc., which recently reported a strong first-quarter earnings report and remains just above its IPO price.

The performance of those companies suggests there’s a strong appetite for tech IPOs at present, and the likes of PluralSight are keen to take advantage in order to raise additional capital.

PluralSight was founded way back in 2004 yet waited nine years before landing its first big slice of funding, when it secured $27.5 million in a round led by Insight Venture Partners. The company has since raised almost $200 million in financing to date.

The firm trades under the ticker “PS.”