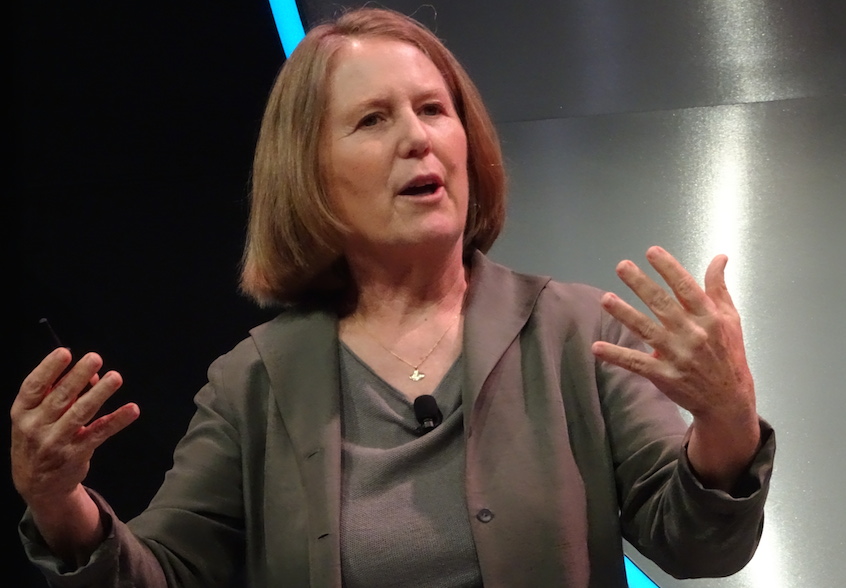 Google Inc. has decided not to renew a contract with the U.S. Department of Defense to use artificial intelligence technology to improve the targeting of drone strikes.

The news came out of a morning meeting today with employees, where Google Cloud Chief Executive Diane Greene (pictured) announced the decision not to renew the contract, known as Project Maven, according to a report in Gizmodo and later other outlets. The reason for the decision was that many Google employees opposed the company’s participating in activities that use its technology for lethal purposes, and some employees even left the company.

Google has faced a lot of criticism since the revelations about the project, which involved using AI to analyze thousands of hours of drone footage taken over Iraq and Syria. About 4,000 employees signed a letter asking Google CEO Sundar Pichai to exit the project. Although Google said that its involvement is “nonoffensive,” meaning it won’t be used to fly drones or launch weapons, that was at odds with a statement made by the DoD that it would soon be “winning wars with computer algorithms.”

The company also insisted that the contract, which is set to expire in 2019, was only for about $9 million and in any case involved mostly providing open-source software that the Pentagon was free to use. But internal emails that Gizmodo reviewed indicated that executives viewed the project, which emails first reported by the New York Times revealed was actually worth $15 million and could grow to as high as $250 million, as an entry into much larger potential contracts for Google cloud, even as they worried about the reaction.

According to the emails, Fei-Fei Li, Google Cloud’s chief scientist for AI, wrote, “It’s so exciting that we’re close to getting MAVEN! That would be a great win. I think we should do a good PR on the story of DoD collaborating with GCP from a vanilla cloud technology angle (storage, network, security, etc.), but avoid at ALL COSTS any mention or implication of AI. Google is already battling with privacy issues when it comes to AI and data; I don’t know what would happen if the media starts picking up a theme that Google is secretly building AI weapons or AI technologies to enable weapons for the Defense industry.”

Such government contracts, however, are seen by some as a crucial component to Google’s attempt to boost revenues from its cloud operation, which despite rapid growth still trails far behind leader Amazon Web Services Inc. and Microsoft Corp.’s Azure. In particular, it’s competing along with those companies and others such as Oracle Corp. for a multibillion-dollar, 10-year cloud computing project called JEDI, for Joint Enterprise Defense Infrastructure.

According to reports, Greene also said today that Google next week will announce guidelines for its use of AI in defense and intelligence contracts. It’s not yet clear how those guidelines would affect Google’s pursuit of or chances for JEDI contracts.

Google’s situation regarding the contract is all the more tenuous because Defense Department has repeatedly said it intends to grant the entire contract to one cloud provider, widely presumed to favor AWS. However, that has prompted companies such as Oracle to lodge strenuous protests with the process. As a result, DoD officials said Thursday that they’re slowing down the process for choosing a contract, which has drawn more than 1,000 responses but still insisted it will grant the contract to one provider, which already left Google in an unlikely position to get the contract.

Some critics praised the decision. “This is HUGE. And it’s all thanks to the thousands of Google workers who came together to refuse to work on AI for military programs,” tweeted Kate Crawford, a distinguished research professor at New York University and co-founder of the AI Now Institute at NYU.

Others, however, weren’t so sure the issue was closed. A person on Twitter identified as Angry Google, wrote, “Googlers who successfully fought to kill the Project Maven contract shouldn’t be popping champagne bottles yet. Clearly there’s more work to do here … ”