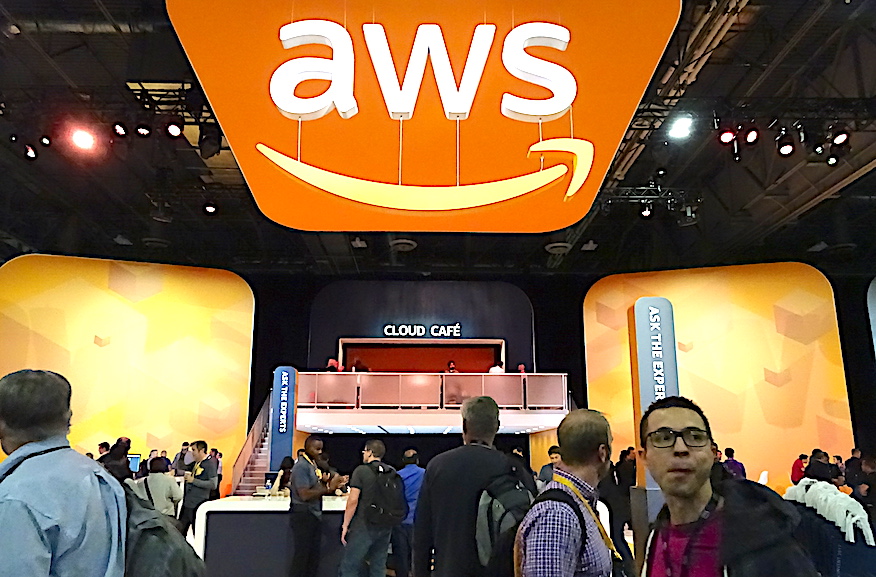 Amazon beats profit forecast thanks to expense control and – what else? – cloud computing

Once again, cloud computing as well as strength in core retail operations helped lift Amazon.com Inc.’s profits in its latest quarter above the already heady forecasts of Wall Street.

The retail and cloud computing giant today reported a second-quarter net profit of $2.5 billion, or $5.07 per share, up from just $197 million a year ago when it took a big tax hit from the U.S. tax act. That was more than double analysts’ expectations of a $2.50 profit.

Where Amazon fell short was on revenue, which rose 39 percent, to $52.89 billion. Wall Street had expected revenue of $53.37 billion, according to a survey by Thomson Reuters. Amazon itself had forecast revenue between $51 billion and $54 billion.

On the cloud front, the company said revenue from its Amazon Web Services Inc. unit jumped 49 percent over a year ago, to $6.11 billion, the growth rate matching the first quarter’s. The cloud computing unit also posted an operating profit of $1.64 billion, up 79 percent. Analysts had expected AWS revenue growth to slow a bit to 46 percent, to $5.98 billion, with operating income up just 60 percent, to $1.47 billion.

Despite the overall company missing the revenue line, investors still liked what they saw, bidding shares up more than 3 percent in after-hours trading. On a day on which Facebook Inc.’s surprise earnings shortfall tanked its shares and pulled down those of some other tech companies, Amazon’s stock fell almost 3 percent in regular trading, to $1,808. On Wednesday, it had hit an all-time high of $1,863.84. Update: However, shares ended up rising only a half percentage point Friday.

Amazon issued a new outlook on the current quarter, forecasting revenue between $54 billion and $57.5 billion, with a wide operating income range between $1.4 billion and $2.4 billion. Wall Street’s consensus for the third quarter, which includes last week’s Prime Day shopping event, is an operating profit of $1.73 billion on revenue of $58.07 billion, above Amazon’s top-end estimate.

One reason Amazon’s overall profits beat Wall Street forecasts was lower expense growth. It’s still spending heavily, of course, on everything from data centers and warehouses to video content and consumer electronics devices. But fulfillment costs rose 54 percent, down from 66 percent in the first quarter. Likewise, marketing spending rose 30 percent, down from 41 in the previous quarter, and similarly technology and content was up 31 percent, compared with 40 in the first quarter.

“The real question is how well and how long AWS can hold up against surging cloud competitors, particularly Microsoft Azure and Google Cloud,” said Charles King, president and principal analyst at market watcher Pund-IT Inc. “Not too long ago the smart money claimed that AWS’ lead was effectively insurmountable and that Microsoft and others would be forever relegated to runner-up status. So much for the smart money.”

King thinks AWS’ runaway success carries some risk, however. “The most significant problem with AWS is the degree to which it has become Amazon’s profit engine, effectively allowing the company to continue punishing competitors in online retail and other markets,” he noted. “If AWS ever begins to sputter or overheat, it could run the entire enterprise off the road.”

“We’re very happy with the results and the backlog and the expansion of customer business we see,” Chief Financial Officer Brian Olsavsky said on the earnings conference call with analysts.

As AWS increasingly faces competition from the likes of Azure and Google Cloud Platform, it also has continued to beef up its services. In fact, Olsavsky said its rate of new features and services is accelerating over last year, with some 800 so far this year.

In particular, it has focused on machine learning and artificial intelligence, announcing in early April that it has tens of thousands of users of its machine learning services, such as its SageMaker managed services. And it’s applying AI to its own business as well.

In prepared remarks, Amazon Chief Executive Jeff Bezos focused on Alexa, its AI-powered voice assistant used not only in its own Echo smart speakers but other devices from Sonos, Jabra, Ford Motor Co. and others. “We want customers to be able to use Alexa wherever they are,” he said. “There are now tens of thousands of developers across more than 150 countries building new devices using the Alexa Voice Service, and the number of Alexa-enabled devices has more than tripled in the past year.”

Another area of strength was “other” revenue, chiefly advertising, which jumped 132 percent, to $2.19B. Subscriptions, driven by Amazon’s Prime set of free shipping and media services, rose 57 percent, to $3.4 billion. Like AWS, both carry higher profit margins than the retail business. “If those efforts mature quickly enough, they’ll take considerable heat off AWS and Amazon as a whole,” King said.

But already, they may be having an impact on profit margins. “What we’ve been waiting on for many years is finally happening, meaningful margin expansion,” Macquarie Research analyst Ben Schachter wrote in a note to clients. “Virtually all of AMZN’s fastest growing businesses are structurally much higher-margin than its core business.”