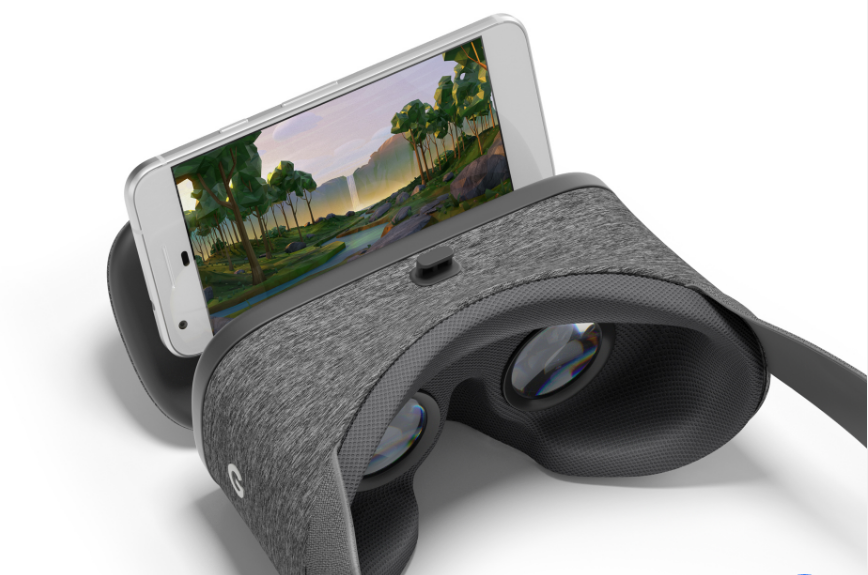 Users with Google’s Daydream View or the Lenovo Mirage Solo with Daydream can now explore the web with Google Chrome by launching it directly from their homepage.

“So if you have one of these headsets, you can launch Chrome directly from your homepage to browse and interact with any webpage while in VR,” said Gordon Brander, Chrome user experience engineer.

All of the features already available in Chrome on every other platform are available in VR: voice search, incognito mode, saved bookmarks, synchronization and the like. However, there are also a few extra Daydream-specific features that have been added.

For example, “cinema mode” optimizes web video for it’s best presentation for viewing in VR. It is now also possible to start browsing on a smartphone – used as part of a Daydream headset – and seamlessly put on the headset and continue browsing in VR without any need to switch apps.

“With Chrome now integrated into Daydream, you can start browsing on your phone, whether it is reading your favorite news article or watching a YouTube video, and easily switch to your headset,” said Brander.

This update follows the addition of the WebVR standard to Chrome by Google in February 2017 and a similar update to Chrome Android in September aimed at smartphones and tablets. WebVR is a lightweight web standard for immersive 3-D VR experiences designed to be used on web pages that allows developers to launch VR apps.

Google Daydream headsets debuted during May 2016 at the Google I/O developer conference and currently sell for $99 from Google’s web store. According to media analyst outfit SuperData Research, Google shipped 209,000 Daydream headsets during 2016, but that number dropped to 153,000 in 2017. The mobile headset market, according to research, is dominated by the Samsung Gear VR, with 3.7 million sets shipped during 2017.

Regardless of that slump in 2017, market research firm International Data Corporation predicted that 2018 would see better VR sales and reach 12.4 million headsets shipped (collectively between augmented and virtual reality). However, it also predicted that “screenless viewers” such as current Daydream headsets would drop off in favor of next-generation standalone headsets. Google also previously announced a standalone Daydream headset.

“While there’s no doubt that VR suffered some setbacks in 2017, companies such as Google and Facebook continue to push hard toward making the technology more consumer friendly,” said Tom Mainelli, IDC program vice president of devices and research.

Daydream users have been able to test this new VR browser since the early Canary builds of Chrome, but this launch brings it directly into the stable build with the most recent update.

Anyone who wants to surf the web in VR can, and the capability is available to all Daydream capable phones when updating to the most recent version of Chrome on Android using the Google Play app store.