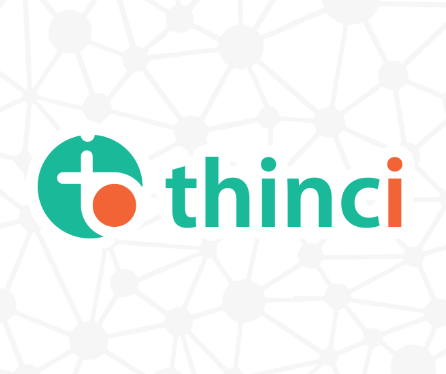 ThinCI raises $65M round for its AI chips

The round was led by previous investor Denso Corp., a maker of automotive components and its subsidiary NSITEXE Inc., a developer of semiconductor components enabling automated driving, as well as Temasek Holdings Ltd.

ThinCI emerged from stealth almost two years ago, but has managed to stay pretty much under the radar since then as it continues the development of its semiconductor hardware. According to a 2016 profile in VentureBeat, the company’s main focus was on building what it called “vision processors” that can be used in a range of different applications, including self-driving cars and supercomputers geared towards deep learning tasks.

The company has since expanded that focus, however. In an interview with SiliconANGLE, ThinCI Chief Executive Officer Dinakar Munagala said that initial application of its chips included things such as vision, radar, LiDAR and sensor fusion algorithms for autonomous driving. Now, Munagala said, ThinCI’s chip architecture has expanded to encompass data centers, edge infrastructure devices and client devices for both consumer and business applications.

ThinCI also has a working product that’s currently being put into practice by “early adopters.” The company will be making a formal announcement about its product later this year, the CEO explained.

Munagala said one of the main value propositions of ThinCI’s chips is that they can scale to handle AI workloads that alternatives such as Nvidia Corp.’s graphics processing units and Intel Corp.’s field-programmable gate arrays cannot. ThinCI’s chips have an “architectural advantage” that allows them to reduce the number of unproductive memory access and compute operations that other chips require, resulting in lower memory and power requirements, he said.

“For competitive solutions to perform the same amount of work, they must rely on more processors and memory running at higher clock speeds,” Munagala said. “This makes their solution difficult to scale as the amount of work increases. By contrast, ThinCI can simply increase the number of processors without requiring a large increase in clock speed. At the same time, ThinCI’s architecture is completely programmable to enable new and emerging algorithms in the AI space in a power-efficient manner.”

How AI enterprise, DataOps strategies help IBM prepare for crises like COVID-19
IBM released a new product in weeks, says you can too with DataOps
Q&A: Using big data as an asset with an eye on governance
Watch live: DockerCon 2020 highlights Docker’s recent transformation and developer strategy
A soulful approach: Amit Walia leads Informatica with an eye on digital transformation