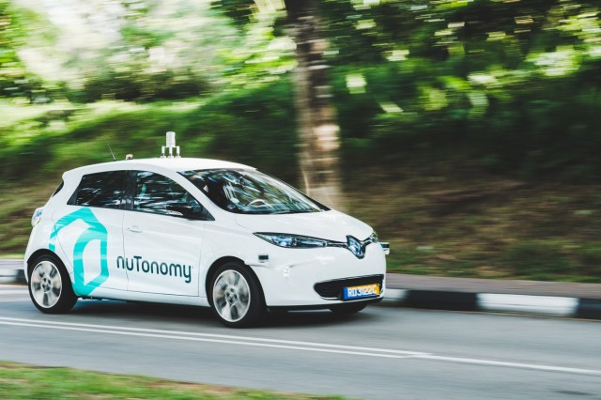 Autonomous vehicles rely on artificial intelligence models to make navigation decisions. Those AI models, in turn, must be trained with large amounts of sample information to achieve the necessary accuracy, which is where the new dataset comes into the picture.

Scale and nuTonomy are touting the library as the largest and most detailed among the self-driving datasets on the market. According to the companies, this includes DeepDrive, a dataset developed by researchers from the University of California at Berkeley that’s considered the go-to choice for autonomous driving projects.

DeepDrive is comprised of 100,000 video sequences and 100,000 images taken during drives on public roads. NuScenes, as Scale and nuTonomy are calling their dataset, contains only 1,000 20-second clips but nearly 1.4 million photos along with 400,000 three-dimensional scans taken using LIDAR sensors. Topping it all off are 400,000 bounding boxes extracted from the images that highlight objects of interest.

The data collection effort was led by nuTonomy. Originally founded in 2013 as a spinoff from the Massachusetts Institute of Technology, the group has developed a “full-stack” software platform for autonomous driving. It was acquired by Aptiv last October, back when the auto parts giant was still known as Delphi, in a deal worth over $400 million.

Scale, in turn, has raised $22.6 million from investors including Accel and provides a data annotation service specifically geared towards AI training data. The platform was used to label the photos and videos that make up NuScenes. Tags explaining the meaning of records help machine learning models learn more efficiently during the training phase of development.

Many of the companies in the self-driving car ecosystem that could potentially use nuScenes already work with either nuTonomy or Scale. The latter startup alone counts more than a dozen key players as customers, including Lyft Inc., Drive.ai Inc. and General Motors Co.’s multibillion-dollar Cruise Automation unit.