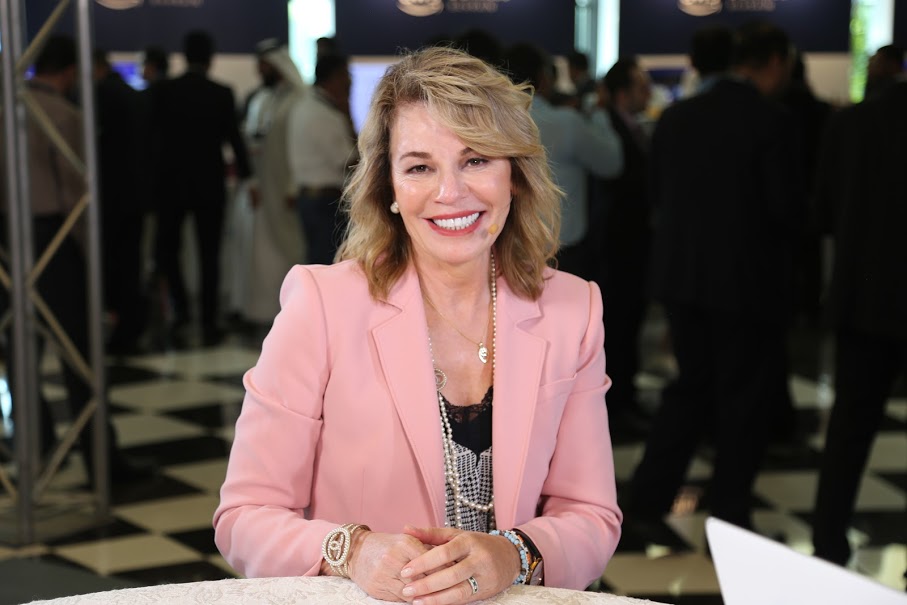 As one of the smaller and less well-known countries in the Middle East, the island nation of Bahrain is refreshingly innovative when it comes to technology. Bahrain has been making remarkable investments in not only remaking itself into a tech-friendly nation, but also paying for its citizens to be trained and certified in Amazon Web Services, laying the groundwork for a tech-savvy citizenry.

AWS’ Bahraini partner Tamkeen, a semi-autonomous government agency tasked with developing Bahrain’s private sector as the key driver of economic development, is paying for 100 percent of the training for any Bahrain citizen seeking AWS certification. The government is making this huge investment in its workforce because it wants to be known as a true digital economy, recognizing that any such investment, no matter how large, will be paid back multi-fold in the future.

Teresa Carlson (pictured), vice president of the worldwide public sector at AWS, spoke with John Furrier (@furrier), host of theCUBE, SiliconANGLE Media’s mobile livestreaming studio, during the AWS Summit event in Bahrain. They discussed why AWS chose Bahrain as its first foray into the Middle East, as well as how Bahrain has embraced a digital economy. (* Disclosure below.)

Furrier: Everyone wants to know, why Bahrain? Why did you choose this region? What do you see happening, and how’s it going?

Carlson: I have had a lot of people say, “Why Bahrain as the first region that [AWS has gone to] in the Middle East?” — because it doesn’t seem like the first place somebody would choose. The thing that kept coming back to me is, Jeff [Bezos] has always said we’re willing to be misunderstood for long periods of time, and I think this is probably one of those times where people just didn’t quite understand, why Bahrain.

Well, here’s why. I met the Crown Prince; we talked about digital innovation and the economy here, and he immediately got that they needed to go through a digital transformation. They are not a country that has a lot of oil; they are a smaller country, and they are a working-class country that is looking for [sustainability].

I think he saw the opportunity that this could help them jump-start the economy and they could … be a hub for innovation. So they created the right policies around cloud-first; they created the right telecommunications policy; they were one of the first [countries] to deregulate. They had good pricing for utilities; they were friendly toward businesses; and they had a culture that we felt could fit well with us, as well as our partner community.

Furrier: [Bahrainis] are quick learners; they’re smart; they’ve got their entrepreneurial vibe. They’re not afraid to put some “funds of funds” together and get some professional investment going on, so that’s going to level up the entrepreneurship base. The question is, when will the region be ready?

Carlson: They’re not banking on [an oil-based economy]; they’re going to bank on a digital economy. So they know this is … a guaranteed way to really grow what they’re doing and bringing [in] outside[rs]. There’s two big elements [that] they’re doing.

One is they’re creating policies for data that allow other countries to put their data here safely and with the right laws. That is game changing. The second [element] is, they have the spirit of teaching and training so they’re getting other countries to come in and talk to them about what they’re doing. And remember: They’re already moving the government to the cloud, and they don’t even have their cloud here yet.

So they’ve done all their homework and they’re already moving more work loads into the cloud that they don’t feel need to be [on-premises]. But they’ve looked at security design, compliance practices, and they’re like, we’re moving; we’re not waiting.

Watch the complete video interview below, and be sure to check out more of SiliconANGLE’s and theCUBE’s coverage of the AWS Summit Bahrain event. (* Disclosure: TheCUBE is a paid media partner for AWS Summit Bahrain 2018. Neither Amazon Web Services Inc. and the Bahrain Economic Development Board, the event sponsors, nor other sponsors have editorial control over content on theCUBE or SiliconANGLE.)

UiPath’s vision for RPA and the future of automation in the spotlight at Forward IV, Oct. 5-6
VMworld provides opportunity to gauge VMware’s future plans for Tanzu and Telco Cloud, Oct. 5-7
‘How to apply automation’ questions are getting solved
Ansible brings automation everywhere for different users across organizations
HPE leverages its legacy past to strengthen hybrid cloud platform