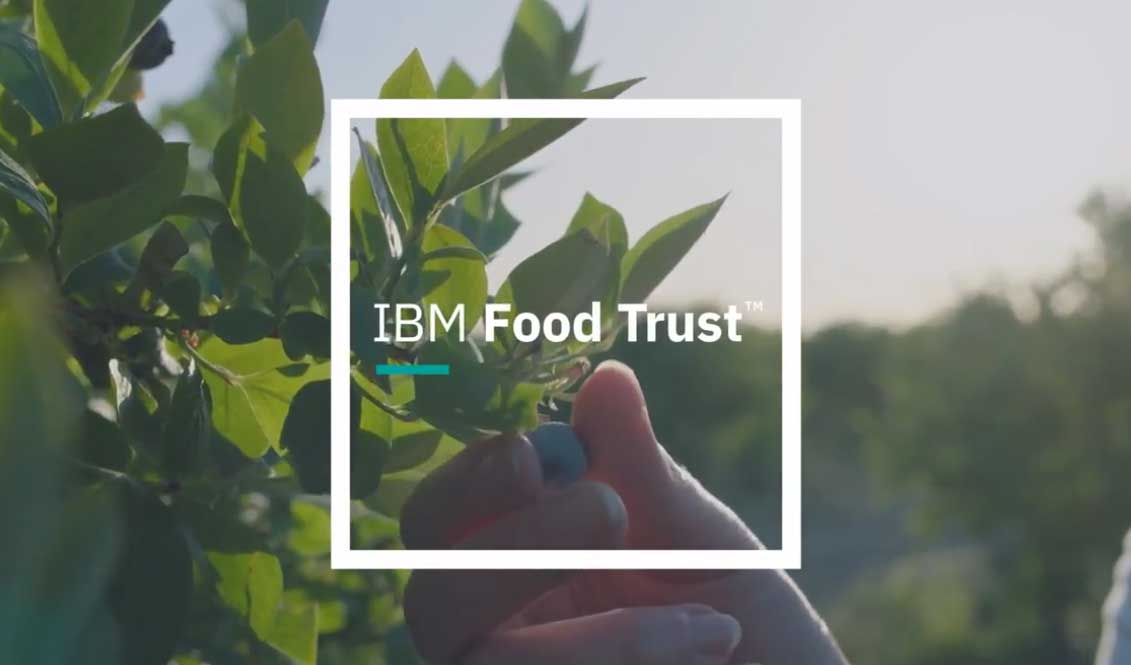 After 18 months of testing, IBM Corp. today announced the commercial availability of its food safety blockchain-based platform, IBM Food Trust, designed for global use by farms, distributors and retailers.

The system uses distributed ledger blockchain technology to track food throughout the entire supply chain by tagging each actionable event that happens to an auditable historical record. Using the platform greatly increases tracability and accountability, enabling supply chain management to rapidly isolate batches and shipments when foodborne illness or contamination is detected.

The IBM Food Trust network represents the continuation of more than a year of pilot tests with major retailers and food suppliers, including Golden State Foods, McCormick and Co., Nestlé, Tyson Foods and Wal-Mart Stores Inc. These companies formed a consortium in collaboration with IBM to use its food safety blockchain in order to protect consumers and enhance trust the food supply.

“The currency of trust today is transparency and achieving it in the area of food safety happens when responsibility is shared,” said Bridget van Kralingen, senior vice president of IBM Global Industries, Clients, Platforms and Blockchain.

The Centers for Disease Control estimates 48 million people get sick, 128,000 are hospitalized and 3,000 die from foodborne illnesses each year in the United States. To lower these numbers, IBM used its blockchain pilot companies to build a robust network of members along the entire food supply chain working together to create end-to-end auditability.

“That collaborative approach is how the members of IBM Food Trust have shown blockchain can strengthen transparency and drive meaningful enhancements to food traceability,” said van Kralingen. “Ultimately that provides business benefits for participants and a better and safer product for consumers.”

Global retailer Carrefour S.A. announced its intent to use the IBM Food Trust blockchain network across its more than 12,000 stores spanning 33 countries at launch. Carrefour will initially select a few branded products to highlight consumer confidence. The company plans to roll the platform out to all of its products by 2022 worldwide as part of its Act for Food program.

“Blockchain holds the potential to help us be more transparent and transform how the food industry works by speeding up investigations into contaminated food, authenticating the origin of food, and providing insights about the conditions and pathway the food traveled to identify opportunities to maximize shelf life and reduce losses due to spoilage,” said Ed Treacy, vice president of supply chain efficiencies at the Produce Marketing Association.

The IBM Food Trust blockchain network becomes generally available today worldwide. It runs on IBM Cloud and features enterprise-class security, reliability and scalability for all participants. The technology under the hood relies on Hyperledger Fabric, an open-source blockchain framework hosted by the Linux Foundation.

Participants can select from three different software-as-a-service modules with pricing scaled for small, medium and global enterprises, beginning at $100 USD per month. Suppliers can contribute data at no cost, in a bid to boost the reliability and depth of transparency of the network.

The three different modules include Trace, Certifications and Data Entry and Access.

With Trace, members of the food ecosystem can securely track products from farm to shelf in seconds, allowing retailers and supply networks to mitigate cross-contamination and reduce the spread of food-borne illnesses.

The Certifications module helps verify the provenance of digitized certificates, such as those for organic or fair-trade cargo. Participants can load, access, manage and share food certifications digitally, and it’s expected to speed certificate management up by 30 percent.

Finally, Data Entry and Access allows members to securely upload, access and manage data on the blockchain. The privacy of the various supply networks would be secured with the cryptographic capabilities of the blockchain while also allowing third parties, such as regulators and auditors, to easily verify the integrity of the data on the network.

“Food connects us in such a profound way, it’s the language we all speak,” chef Aarón Sánchez said in a video published by IBM. “What makes IBM Food Trust, built on blockchain technology, so amazing is that we’re opening the door for a conversation with retailers, manufacturers, the farmer, the consumer. Those steps and assurances allow me as a chef to sleep well at night, knowing that people on the other end are doing the right thing. That is the future and that’s why we all need to participate.”

The IBM Food Trust network is generally available today for commercial use as a subscription service for members of the food ecosystem to join. More information on availability, details and pricing is available on the IBM Food Trust website.