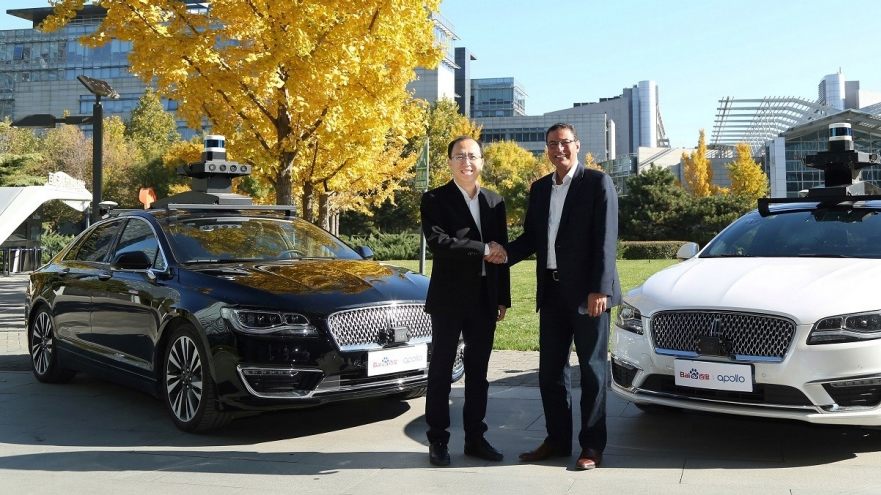 Ford Motor Co., fresh from obtaining approval to test self-driving cars in Washington D.C., today announced that it has inked a deal with Chinese tech giant Baidu Inc. to test their autonomous vehicles in China.

Under the “two-year joint autonomous vehicle test project,” Ford vehicles will be tested on the roads of Beijing with the aim to achieve certified Level 4 status in the Middle Kingdom. That means the vehicles can drive themselves without human intervention, with some limitations.

“The project will see Ford and Baidu cooperating to develop and test autonomous vehicles that are designed to meet the Level 4 driving automation standard as defined by SAE International,” Ford said in a statement. “This means that upon completion of the development and testing process, the vehicles will be capable of operating autonomously within a specific geographic area and under certain weather conditions.”

Many may consider Ford, alongside rival General Motors Co., to be quintessential U.S. carmakers, but Ford has a number of manufacturing plants in Asia, including China. Ford’s China head office is in Shanghai while its main manufacturing facilities are in Nanjing and Chongqing, manufacturing left-side-drive vehicles for both China and other countries that drive on the right in Asia.

CNBC reported Oct. 24 that Ford had spun its China business off as a standalone business that will report directly to the company’s global headquarters. The spinoff is said to be an effort to boost sales in China.

Baidu, like many leading Chinese internet companies, has its own self-driving car technology development effort via “Apollo,” an autonomous driving open source platform that Ford, under the new deal, is now supporting.

“The new project builds on the existing collaborative partnership between the two companies,” Ford noted. “Ford and Baidu have also previously agreed on and started to explore new opportunities for cooperation in areas of connectivity, artificial intelligence and digital marketing.”