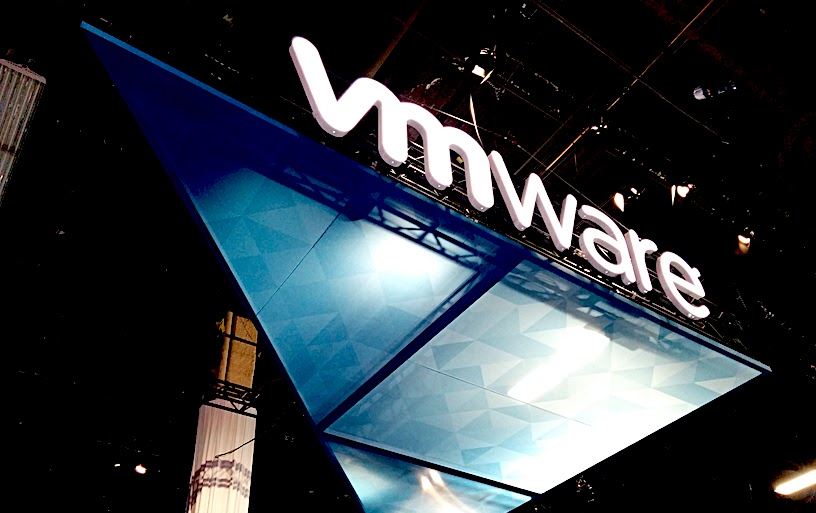 In yet another sign that the cloud is disrupting traditional enterprise computing, VMware Inc. today announced plans to acquire Heptio Inc., an infrastructure automation startup that had raised more than $33 million in funding from Accel, Madrona Venture Group and Lightspeed Venture Partners.

This high-profile investor roster isn’t the only notable detail about Heptio. The startup’s co-founders are Joe Beda and Craig McLuckie, two former Google LLC engineers who played a key part in developing Kubernetes while at the company.

Kubernetes was open-sourced in 2014 and has since become the go-to tool for managing software containers, which are emerging as an increasingly critical part of enterprise application infrastructure. It’s being called the operating system for cloud computing, pointing to its rapidly growing central role in the biggest shift in computing in decades.

Companies are using containers to deploy services because they provide myriad operational benefits, including the ability to move computing workloads and applications among on-premises computers and the cloud without having to rewrite the software for each environment. But these benefits come with some unique management challenges.

Heptio has been offering professional services to help companies set up and maintain large-scale container environments powered by Kubernetes. On a call with press this morning, Heptio co-founder and Chief Executive Craig McLuckie called Heptio’s collective offerings a “Goldilocks abstraction” so developers don’t have to worry about the underlying infrastructure.

Indeed, the acquisition, coupled with IBM Corp.’s announcement last week that it would acquire enterprise open-source software leader Red Hat Inc., highlights a race to stake claims to an emerging new world of software that’s built for cloud computing — itself already transforming how companies do computing and services. In particular, Kubernetes is making it easier to run applications across multiple clouds, potentially shaking up what has been a rapidly consolidating field for basic cloud services.

“We view this as the next wave in enterprise virtualization,” Paul Fazzone, senior vice president and general manager of VMware’s Cloud Native Apps Business Unit, said today. He added that the company will continue to invest in Heptio’s and VMware’s open-source projects, including Kubernetes.

VMware is credited with helping kick off a sweeping move in the past decade to virtual machines, which run applications along with operating software in self-contained computers emulated in software. But its ability to become a leader in the next generation of “software-defined” infrastructure — containers — has been uncertain. “It became clear if we were partnered together, we could dramatically accelerate our mission,” Fazzone said.

Stu Miniman, senior analyst at Wikibon, owned by the same company as SiliconANGLE, said that although VMware is promising to continue Heptio’s offering, the deal is as much an “acquihire” as anything else. “Before the acquisition, I questioned how serious VMware was about Kubernetes — it seemed more of a checkbox ‘yes, just like OpenStack and containers, we can do it if you want it.’ Now, they have some of the most serious Kubernetes minds on the planet.”

Miniman added that the moneymaking opportunity is not directly from Kubernetes or any differentiation of Kubernetes, but from the platforms and services that Kubernetes is a part of.

In addition to providing professional services, Heptio has developed a collection of open-source tools to complement Kubernetes. They include a container-optimized load balancer called Gimbal and Sonobuoy, a diagnostics tool for monitoring deployments. VMware said it plans to integrate the technologies into its product portfolio once the acquisition completes.

One of the offerings that the company said will benefit from the deal is VMware PKS. It’s a commercial Kubernetes offering developed with sister company Pivotal Software Inc. (both are part of Dell Technologies Inc.) that provides tools for deploying and running containerized workloads.

“Our shared goal will be to deliver a cloud-independent Kubernetes control plane for builders, operators and consumers of modern infrastructure and applications, with consistency and conformance across any cloud, and delivering the required enterprise services and tooling needed by the modern IT organization,” Paul Fazzone, the head of VMware’s Cloud-Native Apps business, wrote in a blog post announcing the Heptio acquisition.

The company expects to wrap up the deal by February. No financial terms were disclosed, but a source told GeekWire that the price was “significantly more” than the $250 million Red Hat paid for CoreOS Inc. in January.

McLuckie and Beda, the chief technology officer, will join VMware in executive roles, but the company said their precise roles would be announced when the deal closes. They said they did the surprise deal only two years after founding Heptio because in working with VMware on various fronts, McLuckie said, “it was clear that we were seeing the same things and we had a similar sense of mission.”

In particular, McLuckie acknowledged that as a startup, Heptio could bring only a limited set of resources to what is another sweeping change in computing. “VMware has been a big part of enterprises rethinking their infrastructure approach,” he said, so this is a chance to “tap into that phenomenal muscle and execution capability.”

For more insight on Kubernetes, check out this showcase of clips from interviews on Kubernetes by theCUBE, SiliconANGLE Media’s livestreaming studio:

Each of the founders has talked with theCUBE as well. Here are the most recent interviews, from conferences last year: