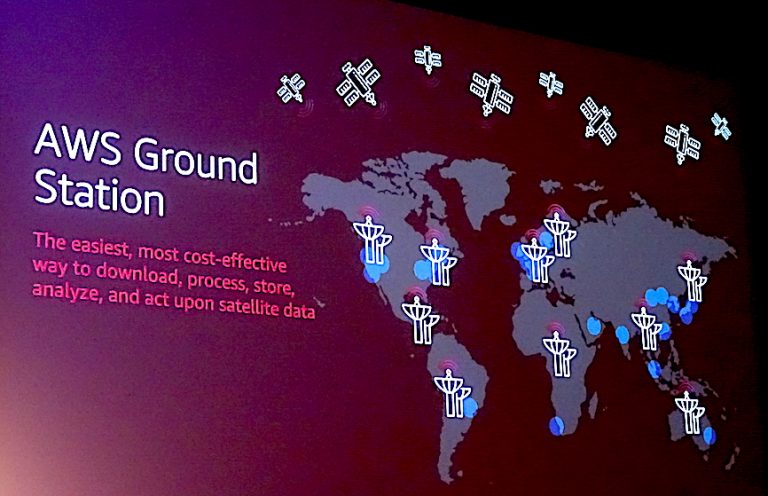 AWS Ground Station, announced by the Amazon.com Inc. cloud unit, will be what the company calls the first fully managed satellite ground station as a service. The Ground Stations, two of which are available at launch today, will be located in 12 existing AWS regions around the world by the middle of next year (pictured).

Thousands of satellites in orbit are used by companies and space organizations for everything from Earth observation and mapping to media distribution and weather prediction. But currently it’s an expensive process not only to build ground stations with arrays of antennas but also to organize and process the streams of data being collected.

With AWS Ground Stations, customers will be able to lease satellite time by the minute with no upfront cost, immediately process the data from the satellites to AWS’ EC2 compute service and its S3 storage service and then use analytics services to analyze the data.

The idea is to democratize access to satellites and the enormous amounts of increasingly important data they’re collecting. It costs a million dollars and up for companies and other organizations to set up ground stations with large parabolic antennas, and they may need a half-dozen or more to get adequate coverage of the satellites they’ve chosen to use.

“It’s a total game-changer on how people interact with satellites,” AWS Chief Executive Andy Jassy said during a briefing at the company’s annual re:Invent conference in Las Vegas.

AWS is launching today with two Ground Stations, with plans to have 12 in operation by 2019 and potentially more depending on demand. Unlike most of AWS’ cloud services, however, access won’t be self-serve because of the nature of arranging limited satellite access, so prospective customers will have to talk with AWS to arrange it.

“The company is a master at making many things a service,” noted Patrick Moorhead, president and principal analyst at Moor Insights & Strategy.

Walter Scott, co-founder and chief technology officer of DigitalGlobe, which provides high-resolution satellite imagery for many uses, said this will help the company double the number of daily contacts with its own satellites, helping better fight fires or rescue people at sea. 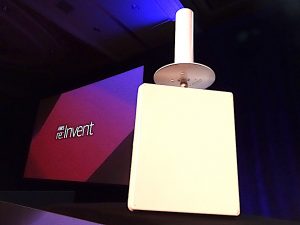 AWS also announced a related partnership with Lockheed Martin Corp. to integrate Ground Stations with the aerospace giant’s new Verge antenna network. Short for Virtual Resilient Ground, Verge is a network of low-cost ground antennas about a cubic foot in size that can communicate with the exploding number of small satellites many companies are sending into space for many applications.

They can collect streams of data more often so that data can be used and analyzed more quickly, Ambrose said. “It’s going to bring a lot more capabilities to customers,” he said.

After the announcement, Ambrose indicated the details of the arrangement with Amazon are still to be determined, since the rollout depends partly on which customers show interest and where. But Lockheed expects the arrangement will get up to scale in the next 18 to 24 months. “It’s about taking something that’s mostly bespoke and making it available to many more people,” Ambrose said.

AWS said pricing of Ground Station is per minute of downlink time, with an option to prepay for blocks of minutes, though specific pricing hasn’t been announced yet. Jassy said users of the Ground Station, however, stand to save up to 80 percent of the cost of building and maintain ground stations.

This is actually not AWS’ first deal with the satellite industry. In September, it joined with Iridium Communications Inc. to enable connectivity for “internet of things” services from space. The CloudConnect satellite network is set to launch next year as well.