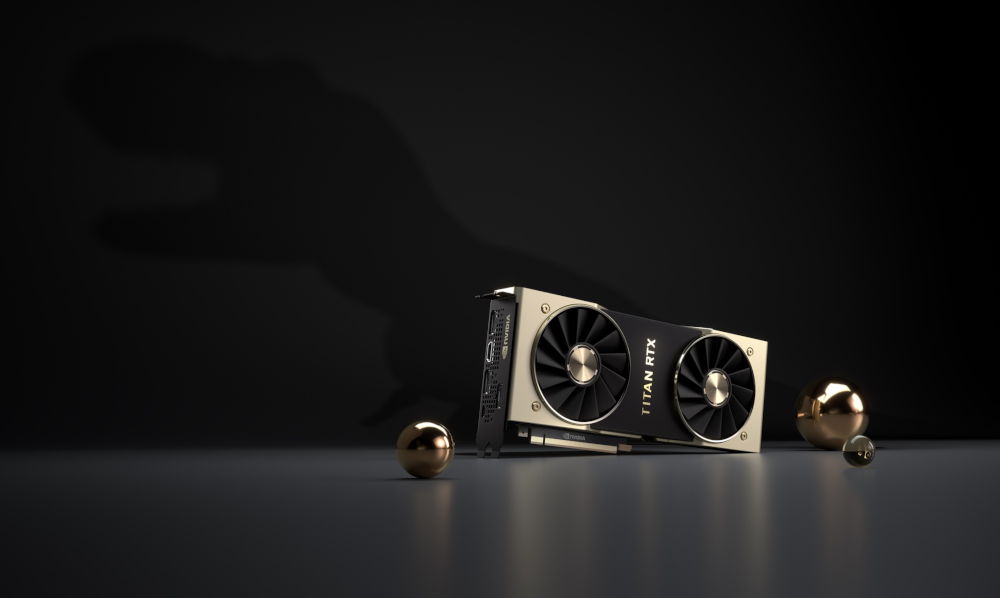 Nvidia Corp.’s Titan family of graphics processing units includes products for both consumers and power users such as artificial intelligence developers. The beefy new Titan RTX desktop card that the company unveiled today is aimed squarely at the latter audience.

With a retail price of $2,499, the GPU will cost more than twice as much as the consumer-grade Titan RTX 2080 Ti that Nvidia introduced in August. It combines 4,608 of Nvidia’s bread-and-butter CUDA processing cores with 576 Tensor Cores, which are circuits optimized for AI workloads. The same specialized circuits can be found in the company’s flagship data center GPU.

According to Nvidia, the Titan RTX’s Tensor Cores enable it to provide up to 130 teraflops, or trillions of operations per second, a standard metric of computing power for machine learning workloads.

Besides AI developers looking to run models directly on their workstations, the new chip should also appeal to analytics professionals who work with large datasets. Nvidia said that the GPU packs 24 gigabytes of high-speed GDDR6 memory, twice as much as the RTX 2080 Ti. Users who require even more hardware resources to accommodate their data can join two Titan RTX units together using the chipmaker’s NVLink interconnect technology.

Another key target market for Nvidia is the design community. Much like their peers in the development world, designers, architects and other professionals who work with complex graphic files require a great deal of processing power.

To address this market, Nvidia has equipped the Titan RTX with 72 of its Turing RT Cores. These cores are specifically designed to perform ray tracing, the process of producing light effects. Illumination is simultaneously one of the most vital aspects generating realistic-looking digital objects and one of the most complicated, which is why it requires specially optimized silicon.

The chipmaker will launch Titan RTX into general availability later this month. In the background, Nvidia is also releasing the code for its PhysX physics simulation engine under an open-source license. The move was announced today on the occasion of the company launching the fourth major iteration of the platform, which can be used to simulate complex objects such as industrial robots and self-driving cars.