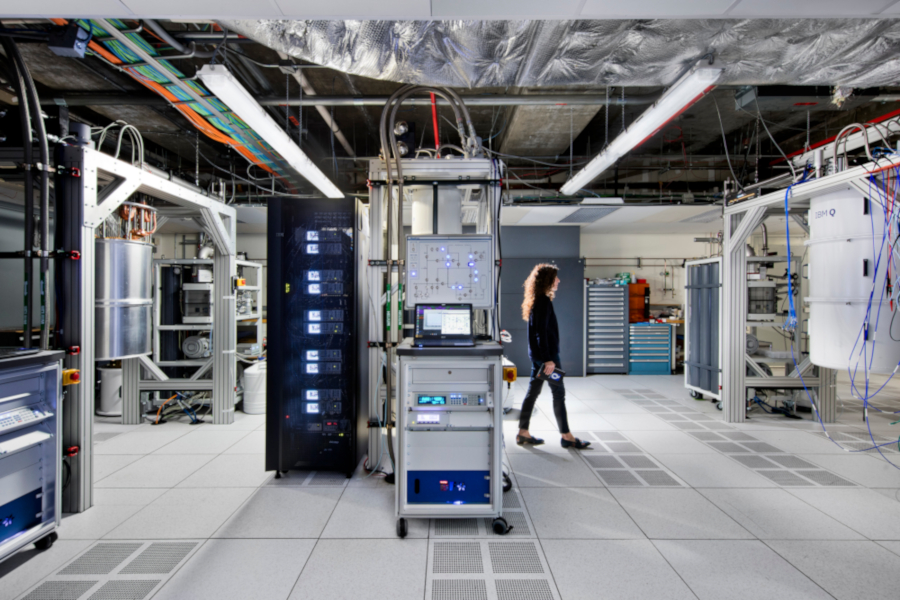 As its name indicates, Spectrum AI with Nvidia DGX is based on the same system. Like Cisco’s server, the DGX-1 includes eight Tesla V100s graphics cards with more than 45,000 processing cores between them. About 5,000 of those are specialized circuits called Tensor Cores that are tuned to run machine learning models well.

All this silicon enables the DGX-1 to deliver more than a petaflop of computational power, according to Nvidia. A petaflop equals a quadrillion floating-point operations per second, a standard unit of computer performance.

IBM’s new system pairs the DGX-1 with its own Elastic Storage Server. It’s a storage platform that offers up to a petabyte of usable flash capacity and runs the company’s Spectrum Scale management software.

The inclusion of Spectrum Scale is notable for several reasons, not least of which is the fact that it’s used in Summit, the world’s most powerful supercomputer. On top of the ability to accommodate massive amounts of data, the software also provides an extensive set of administrative capabilities. Among them is a tool that enables information technology teams to offload some of the records in an environment to the public cloud.

Another piece of software included in Spectrum AI with Nvidia DGX is the RAPIDS framework that Nvidia released two months ago. It’s a collection of libraries that can be installed together with popular AI and analytics tools to squeeze more computing power out of the chipmaker’s graphics cards.

The appliance can accommodate projects of greatly varying size, according to IBM. Companies may set up Spectrum AI with Nvidia DGX environment using a single Elastic Storage Server and a small handful of DGX-1 appliances or, on the other end of the spectrum, deploy multiple racks’ worth of gear. A single rack with nine DGX-1 machines provides data throughput of up to 120 gigabytes per second, which IBM said is more than all of the competing solutions it had tested.