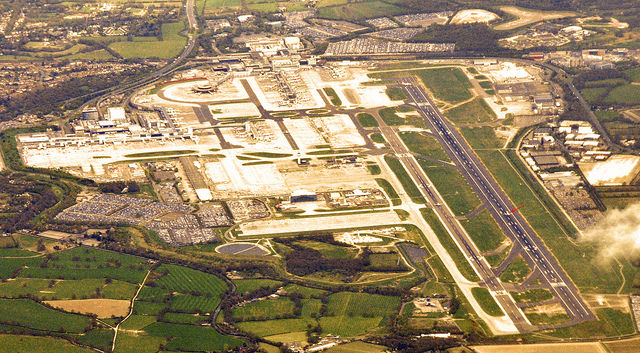 One of the U.K.’s largest airports remains closed after rogue drones were seen near its main runway on Wednesday and Thursday.

After the first drone sighting, Gatwick Airport, one of a number of airports in the greater London area and the second-busiest in the country behind Heathrow, ceased all inbound and outbound flights at 9:10 p.m. GMT Wednesday evening.

Flights resumed at 3 a.m. Thursday morning, but 45 minutes later a new drone sighting prompted the airport to close again. Drones were reported again at midday and as of 12:50 a.m. GMT, the airport remains closed with about 50 drone sightings recorded through the day.

Gatwick is scheduled to attempt to reopen again at 6 a.m. GMT Friday if there are no further drone sightings.

Who is behind the drones remains unknown. But authorities believe that the “drone intrusion” was “highly targeted” and designed to cause “maximum disruption” just before Christmas, AP reported.

Christmas is a traditionally busy time of the year for travel in many countries, with people taking holidays over the Christmas to New Year’s period. At Gatwick, as many as 110,000 people have been affected by the airport’s closure.

The drone intrusion, possibly the largest of its kind to date, has set off calls for stricter drone regulations. In the U.K., the government has said it’s considering introducing new laws, including increased powers for police to shoot down drones — something that is already a possibility under existing laws — while the opposition has called for stronger drone restrictions. Under existing U.K. law, it is legal to fly a drone to within a kilometer of an airport.

In the U.S., the Federal Aviation Administration was expected to craft regulations this year, according to Axios, but that didn’t happen.

As more details on the Gatwick situation become known in coming days, calls for stricter drone regulations are likely to be discussed in many countries as commercial and personal drone use continues to rise.

Getting real with today's most hyped software: An RPA case study
Zscaler's SASE platform brings security and policy closer to the user in a cloud-delivered service
How to guide employees through the digital transformation
The future is autonomous: 5 reasons why automation will be tech's major story in 2020
Data protection, containers and flash innovation key areas of focus for IBM Storage