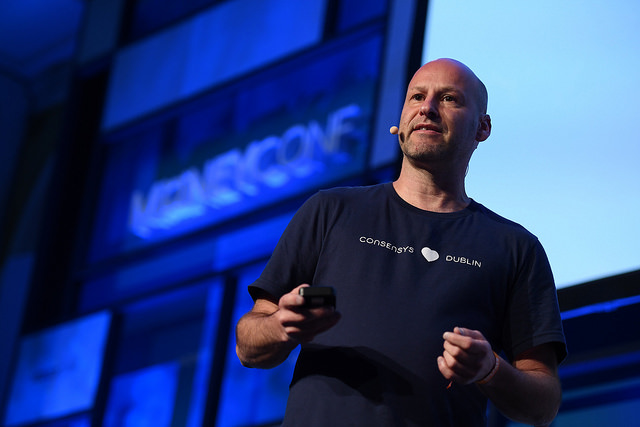 Report: Ethereum blockchain firm ConsenSys to lay off 50-60% of employees

Two weeks after it was reported to be laying off around 13 percent of its workforce, Ethereum blockchain startup and venture capital firm ConsenSys is cutting even more workers in an apparent sign that it may be in serious trouble.

Problems at the company, formally called Consensus Systems Inc., were first detailed in an article Dec. 5 that described ConsenSys as having a “weird operating structure.” Both former and current employees said that Chief Executive Officer Joe Lubin (pictured) fails to take leadership, the company suffers from a “lack of traditional structure,” and it fails to hold employees accountable for their actions.

The first round of cuts were justified by ConsenSys as a way to stem costs and refocus its core vision, but apparently that wasn’t enough, as a report claims the company intends to lay off 50 to 60 percent of its workforce.

According to The Verge, ConsenSys “is quickly spinning out startups that it previously supported, which will drastically impact its workforce and leave an uncertain fate for one of the blockchain world’s most ambitious and well-funded startups.”

Neither confirming nor denying the news, ConsenSys said in a statement that “as part of the evaluation promised with our transition to ConsenSys 2.0, our Labs team is engaging in ongoing conversations with every project, and in some instances, has provided options for them to determine their path forward. Next steps differ, with spokes [startups] having autonomy to decide about their own staffing.”

The problem before, and the likely problem now, is that the precipitous decline in the price of cryptocurrencies this year has left ConsenSys short of funds.

The company’s wealth came from two directions: a token offering that raised funds in Ethereum and Lubin’s own money made through Ethereum as well. Despite a slight recovery in recent days in the price of cryptocurrencies, the reality is that Ethereum is still trading down more than 90 percent from its January 2018 peak.

Whether divesting itself of the startups it supports will help it turn the tide has yet to be seen, but there can be only one reason why the company has suddenly decided to do so.

Partnership between Dell and Superna focuses on protecting unstructured data at the storage level
Watch live: Scalable migration will be part of focus for AWS Storage Day on September 2
FortiGuard Labs reports major jump in ransomware as criminals use botnets to attack the edge
Here are 5 insights you might have missed from Cloudera's 'Transform Innovative Ideas' event
AWS Storage Day to offer insight into company’s evolving hybrid strategy on Sept. 2