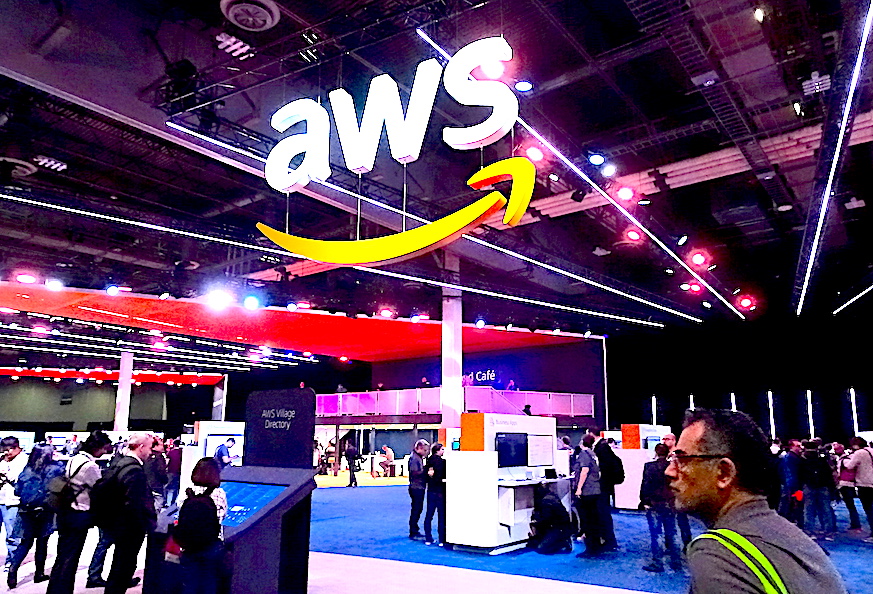 Analysts had reckoned that the overall company would earn $5.65 a share on sales of $71.9 billion, with operating income of $3.09 billion, and that AWS would gross $7.3 billion.

The one problem: that light guidance. The company expects first-quarter revenue of $56 billion to $60 billion, up 10 to 18 percent. Predicted operating income of $2.3 billion to $3.3 billion came in level with the $3.09 consensus forecast. Amazon cited a couple of factors in the sales shortfall, in particular slower sales in its Whole Foods stores and new regulations in India that will limit it from selling a wide range of its own products.

The sales outlook didn’t worry some company watchers. “While we are tweaking our revenue forecast down slightly to the top end of the guidance range, nothing on the earnings call or in the earnings release cause us to assess the company in any meaningfully different way vs. previously,” Pivotal Research Inc. analyst Brian Wieser wrote in a note to clients.

But investors weren’t very happy with that outlook. Amazon shares fell more than 4 percent in after-hours trading after rising in regular trading today about 2.9 percent, to $1,718.73. They’re up 17 percent over the past year, a considerable feat considering that the S&P 500 is down almost 5 percent in the same period. Update: Shares fell 5.3 percent Friday, to $1,626.23 a share.

In prepared remarks, Chief Executive Jeff Bezos focused this time on the company’s artificial intelligence products and services. “The number of research scientists working on Alexa has more than doubled in the past year, and the results of the team’s hard work are clear,” he said, citing the Alexa-driven Echo Dot as the biggest-selling product globally last year with “millions” more Echo devices bought than in 2017.

Amazon Web Services remains the key driver of Amazon profits. Although AWS is only about 11 percent of overall revenues, it continues to account for more operating profit than the rest of the company combined. Revenue growth was down less than a single percentage point from the third quarter on an annual run rate of about $30 billion.

“Growing by nearly half year-over-year is a terrific accomplishment,” Charles King of Pund-IT Inc. told SiliconANGLE. “That said, as the cloud market continues to mature and competitors like Microsoft Azure, Google Cloud and IBM Cloud keep strengthening their positions, I expect AWS sales growth will continue a slow decline.”

Patrick Moorhead, president and principal analyst at Moor Insights & Strategy, called out additional cloud compute services using different processors, providing more flexibility depending on the workload. “Customers can save money through ‘elastic’ capabilities,” he told SiliconANGLE. “I will be interested to see how AWS’ recently announcing AI platform-as-a-service and software-as-a-service fare, as they appear quite compelling.”

AWS does face increasingly capable competitors in cloud computing, notably Microsoft Corp. and, in some areas, Google LLC. On Wednesday, Microsoft reported 76 percent growth in its Azure infrastructure-as-a-service cloud revenue, though that was down from previous quarters. Microsoft has also captured a flurry of large customers recently, especially retailers such as The Gap Inc., Walgreens Boots Alliance and Albertsons Cos. LLC as well as Volkswagen AG.

Google, which trails both companies in the cloud by a large margin, issues its fourth-quarter report next Tuesday.

Still, AWS’ size and scope continues to be formidable, and AWS CEO Andy Jassy plans to use them to stay ahead.

“When you have a business that’s several times larger than the next four providers combined, you just hit a different level of scale and you learn lessons earlier,” he told SiliconANGLE in November. “The reason we continue to have both so much more functionality and innovate at a faster clip, and seem to get capabilities that customers want, is because we have so many more customers than anybody else.”

The cloud wasn’t Amazon’s only source of upside profits, with strong holiday sales and an increasingly formidable advertising business also likely contributing. Its “other revenue” category, which is mostly ads, nearly doubled, to $3.39 billion, though about $1 billion of that increase was from an accounting change last year.

“Amazon’s profits continue to soar on the back of strong online holiday sales, which are simultaneously fueling its white-hot ad business,” eMarketer Principal Analyst Andrew Lipsman said in an email. “As sellers feel the need to ramp up their Amazon ad spend to drive holiday sales, the margin expansion we’ve been seeing play out over the last several quarters for Amazon only became amplified in Q4.”

After a recent hike in its minimum wage, Amazon got a surge of new job applications. During the quarter, it hired more than 36,000 more people, bringing its workforce to an almost unbelievable 647,500.