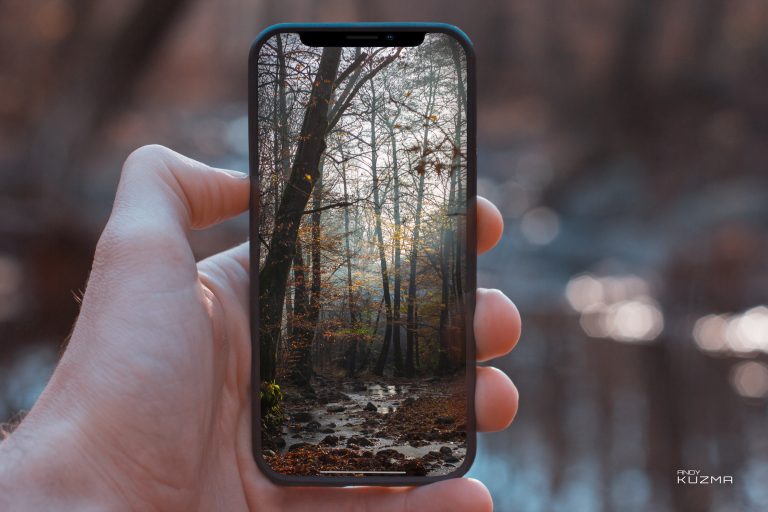 Apple Inc. has retaken second place in global smartphone sales despite a slowing market and an overall decline in sales, according to two new sets of figures.

Off the back of the release of new iPhone models in September, Apple booked 65.9 million sales (Counterpoint) or 68.4 million sales (IDC) in the quarter.

The fourth quarter is always big for Apple thanks to the new models coming out in the lead-up to the holiday season, Counterpoint confirmed previous reports that the models are not selling as well as expected. It said Apple sales dropped 15 percent, while IDC put the number at 11.5 percent.

While slipping behind Apple into third place, Huawei sold either 59.7 million (Counterpoint) or 68.4 million (IDC) phones, up either 46 percent or 43.9 percent, respectively.

Along with Huawei, other leading Chinese brands all saw growth in the quarter with both Oppo Electronics Corp. and Vivo Communication Technology Co. Ltd. increasing sales by more than 10 percent. 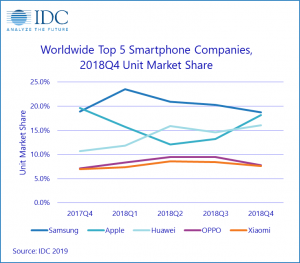 The two reports differed widely on Xiaomi Corp., with IDC suggesting that its sales increased 1.4 percent while Counterpoint claimed sales dropped by 15 percent.

“The collective smartphone shipment growth of emerging markets such as India, Indonesia, Vietnam, Russia and others was not enough to offset the decline in China, which was responsible for almost 1/3rd of global smartphone shipments in 2018,” Counterpoint research analyst Shobhit Srivastava noted.

“With China showing little or no sign of recovery due to various politico-economic factors, Chinese brands are looking to expand overseas,” Srivastava added. “To increase market share, Chinese brands have been aggressive in both hardware/software design and marketing. They are bringing many firsts into smartphone designs and are taking multiple brand strategies to enter new segments without making a compromise of their brand image.”