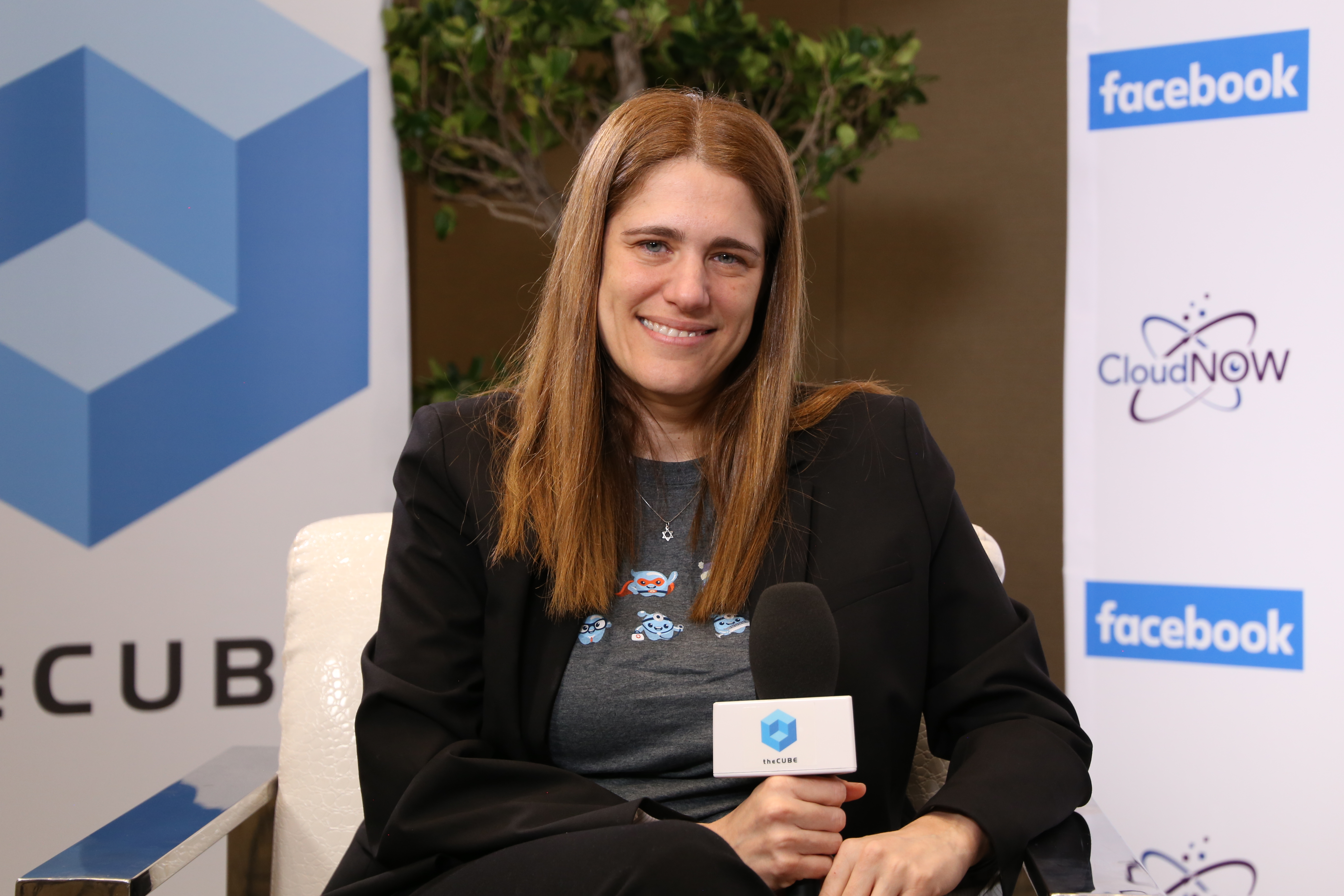 No matter who you are, data talks — especially for women trying to break down barriers in the world of technology.

Idit Levine (pictured), founder and chief executive officer of solo.io Inc., was recently awarded one of the Top Women Entrepreneurs in Cloud by CloudNOW, a nonprofit consortium of women in cloud computing.

“My motto is really simple: Just be the best,” Levine said. “People will … try to explain why you’re not doing a good job and try to explain why they’re doing a better job, but at the end of the day … data is the most important thing.”

Levine spoke with Lisa Martin (@LisaMartinTV), host of theCUBE, SiliconANGLE Media’s mobile livestreaming studio, during the CloudNOW “Top Women in Cloud” Innovation Awards event in Menlo Park, California. They discussed the origins of solo.io, struggles to gain funding, and the challenges and lessons learned on the road to success.

Pioneering spirit with a dose of teamwork

Levine has worked in many startups that were acquired by top-name companies, such as VMware Inc., as well as working at Dell EMC for a few years. Her experiences finally helped her recognize a need in the market that she thought she could meet through her own company, solo.io, which aims to meld heterogeneous environments with multiple layers of architecture and cloud into a hybrid application. So she set out as a pioneer to become one of the few women in technology who are founders and CEOs of their own businesses.

Despite Levine’s depth of experience in her field, finding funding for her own company would not be easy. Although many insisted she needed a partner, Levine fought hard to maintain the leadership of her company, and this is where her name for the company came from.

“Part of the reason that I call the company ‘solo’ is … to explain that I can do it,” she said. “We can do it. Even though I’m a woman … I can do these things by myself.”

Levine went on to find funding and has been rapidly growing her company ever since. And while she has relied on her own strength and courage to help her, she also credits her company’s success to the great team she has developed around her — because, at the end of the day, data is still everything.

“I’m in charge. I’m the CEO. But I did want strong, strong people next to me,” Levine said. “We should be the best. And in order to be the best, you need to have the best people.”