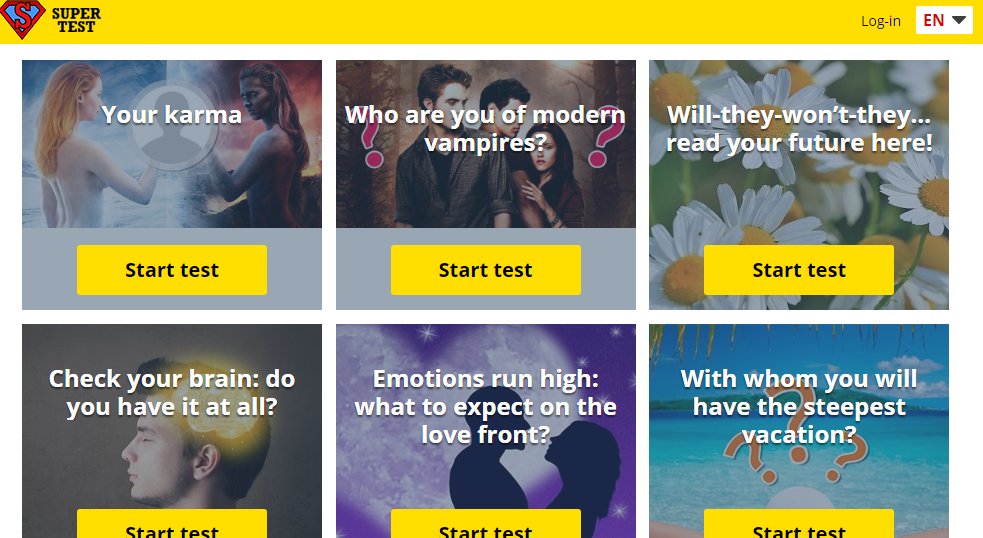 The accused, Gleb Sluchevsky and Andrey Gorbachov, are claimed to have promoted quizzes on Facebook, but when users clicked through, they were taken to an external site. On those sites, they were then encouraged to install malicious browser plugins that promised horoscopes and other services.

With names such as Supertest (pictured), FQuiz, Megatest and Pechenka, the apps mainly targeted Russian- and Ukrainian-speaking audiences with pitches such as “Do you have royal blood?,” “You are yin. Who is your yang?” and “What kind of dog are you according to your zodiac sign?” according to the lawsuit.

If a user then followed through and installed the malicious browser extension, the extension would gain access to the user’s Facebook page. That allowed the developers to scrape information from a user’s page as well as those of any friends to whom they were connected on the social networking site. In addition, the browser extensions would insert ads in Facebook sessions.

About 63,000 Facebook users are believed to be have installed the browser extensions.

“Friday, Facebook filed a complaint against two developers based in the Ukraine for violations of our policies and other U.S. laws by operating malicious browser extensions designed to scrape Facebook and other social networking sites,” a Facebook spokesperson told CNN.

The lawsuit claims that the developers breached the federal Computer Fraud and Abuse Act and the California Comprehensive Computer Data Access and Fraud Act and committed fraud and breach of contract.

Just how effective the lawsuit will be, given that the developers are Ukrainian, live in Ukraine and are likely never to be arrest and extradited, is another matter.

It may simply be a case of virtue signaling by Facebook. As The Verge pointed out, the suit gives “Facebook a chance to defend itself against charges of being lax with privacy and security, explaining how users have been victimized by hackers — not the platform itself.”