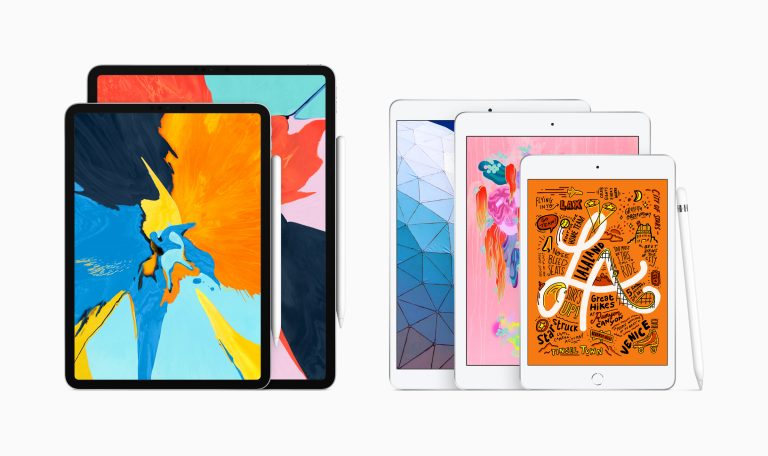 After omitting the iPad Air and iPad mini from its last few product refresh cycles, Apple Inc. today debuted new versions of the tablets that feature major upgrades across the board.

The iPad Air (pictured, left) is making its return two years after the release of the previous model. The tablet, which sits below the top-end iPad Pro on the price scale, sports a 10.5-inch display that is 20 percent larger than the one in its predecessor. Right above the screen is a 7-megapixel camera that is joined with a 8-megapixel unit over on the back.

Apple has also upgraded the device’s internals to let apps run more smoothly on the bigger display. The new iPad Air is powered by the A12 processor that debuted in last year’s iPhone model, which the company claims makes it 70 percent faster than previous models. Apple said that the chip also provides twice the “graphics capability,” which means visually-intensive apps such as games will likely receive a particularly big performance boost.

The iPad Air packages these upgrades into 6.1-millimeter-thick form factor that weighs around a pound. Apple promises that it can last up to 10 hours on a single charge.

The new entry-level iPad mini (right) represents an even more significant upgrade, with the previous iteration of the tablet having launched all the way back in 2015. Apple has replaced the device’s dated silicon with the A12 and revamped the display to provide 25 percent higher brightness. The company also took the opportunity to upgrade the front-facing camera, bumping up the resolution from 1.5 megapixels to a round 8 megapixels.

The base model of the iPad mini comes with 64 gigabytes of storage and will ship for $399. Consumers interested in the iPad Air, meanwhile, are looking at a starting price of $499 for the 64-gigabyte model and $649 if they choose to go with the 256-gigabyte version.

Apple introduced the two devices with relatively little fanfare compared to previous product launches, skipping the usual press event. This may have to do with the company’s upcoming “It’s show time event” next week, where it’s expected to announce new subscription services including a paid news app and its own version of Netflix.