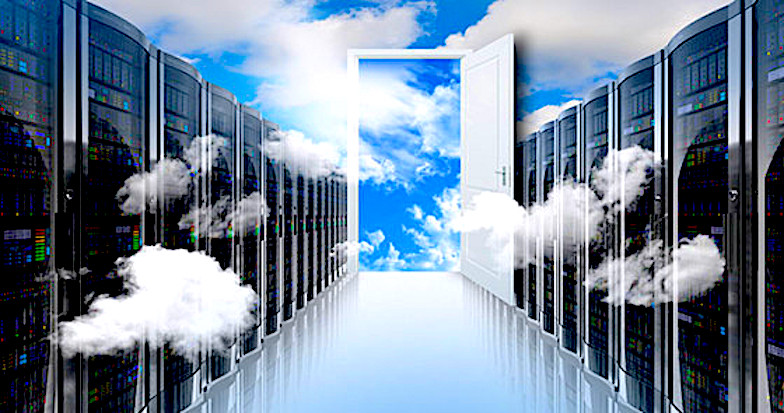 In the multicloud era, is hardware an asset or a liability for tech providers?

Edge computing is driving hardware to the center of the cloud revolution.

Devices are central to today’s cloud-to-edge paradigm. They are the hardware platforms into which AI software is being embedded, infusing data-driven intelligence into practically anything and everything.

Is hardware a dirty word?

Hardware is definitely hip again. Strong hardware engineering and design expertise is an asset in the market for the “internet of things,” mobile, embedded and other edge devices. So why does it still feel like a slight to label a solution provider a “hardware vendor”?

Obviously, hardware is everywhere, including inside the “serverless” cloud-computing environments transforming our world. However, hardware-based features may never again be the key competitive differentiators in the multicloud era. Indeed, nonhardware-based revenue models — especially public cloud and software-as-a-service offerings — are where the serious money is being made these days.

So it’s no surprise that IT vendors of all stripes — including those that historically depended on hardware revenues — have shifted to software- and SaaS-based business models, albeit with varying degrees of success.

One high-profile company that has made this transition successfully is Cisco Systems Inc. Though it is best known as a blue-chip provider of networking infrastructure hardware, Cisco has also become a diversified global provider of cloud computing, data analytics, security, digital media, mobility, mobility, content delivery, VoIP, conferencing and other application software and services across a highly diversified software and services portfolio.

Since its founding in 1984, Cisco has grown and diversified both through organic development and a steady pace of strategic acquisitions. But Cisco can’t catch a break, it seems. For some reason, they’re still often pegged as primarily a hardware vendor, when in fact they’re just as much a cloud or software provider as, say, IBM Corp., another company that was once a dominant enterprise hardware vendor.

To see what Cisco’s up against in terms of perception, check out these headlines in the business technology press over the past decade-plus, on articles that prominently discussed Cisco:

In reality, the “hardware vendor” slap against Cisco has no teeth. What’s interesting about the first article cited is that it mentions Cisco’s forays into online subscription offerings, such as WebEx. Clearly, it was already on a path to transitioning away from pure hardware orientation.

The second article doesn’t actually slam “hardware vendors” generally so much as raise the possibility that some in the internetworking niche might not transition successfully in the era of software-defined networking. However, with its Application Centric Infrastructure solution, Cisco has transitioned quite well and in fact is a leader in software-defined wide-area networking. You couldn’t make that same claim about the other companies mentioned in the article — Juniper Networks Inc., Brocade Communications Systems Inc., Hewlett Packard Enterprise Co. and Dell Inc. — though Dell Technologies Inc. now owns VMware Inc., a fact that slightly blurs the matter.

That article, though praising Cisco, puts it in the same camp as HPE, another longtime hardware provider. However, Cisco has transitioned far more completely to a software and cloud business model than HPE.

Actually, it hasn’t been difficult for most hardware vendors to evolve into software

Beyond this one company, research suggests that legacy hardware solution providers are transitioning quite well, on average, to this new cloud/software era.

In 2017, a survey of 300 manufacturers of “software-enabled hardware” found that many have shifted their revenue models toward software and that the companies surveyed  were earning an average of 11 percent more income after making the switch. The study found that much of the shift was the result of hardware manufacturers focusing on IoT and other edge devices, in which artificial intelligence and other software-centric innovations drive the bulk of the value added.

To accelerate the shift toward software-centric business models, many of the providers surveyed have focused on retraining employees, hiring new employees with software skills and reshuffling the mix of skills in their various functional teams. But making these changes isn’t without problems, as many of the respondents reported that their companies had no coherent strategy for making the shift, hadn’t replaced older sales and operational processes with new software-focused ones or hadn’t yet achieved a staffing model with the right skills to further the change.

Hardware chops may be the key to cloud success

But hardware design and engineering skills may come roaring back as a clear differentiator for multicloud providers. All of the top public-cloud providers have released or announced premises-based solutions for hybrid-cloud deployments. All of these offerings, except for Google Cloud’s, are integrated hardware/software appliances designed for installation in enterprise customers’ data centers. The speed, scalability, reliability and other core features of these appliances depends on high-quality hardware engineering.

If solutions such as Amazon Web Services Inc.’s still-beta Outposts come to market in the multicloud arena, their hardware engineering may prove to be what differentiates them competitively. If that competitive dynamic intensifies, it may be badge of honor for a multicloud solution provider to be known as a “hardware vendor.”

Some public cloud players may fail if they can’t make the transition back to hardware-based on-premises solutions. Crazier things have happened.