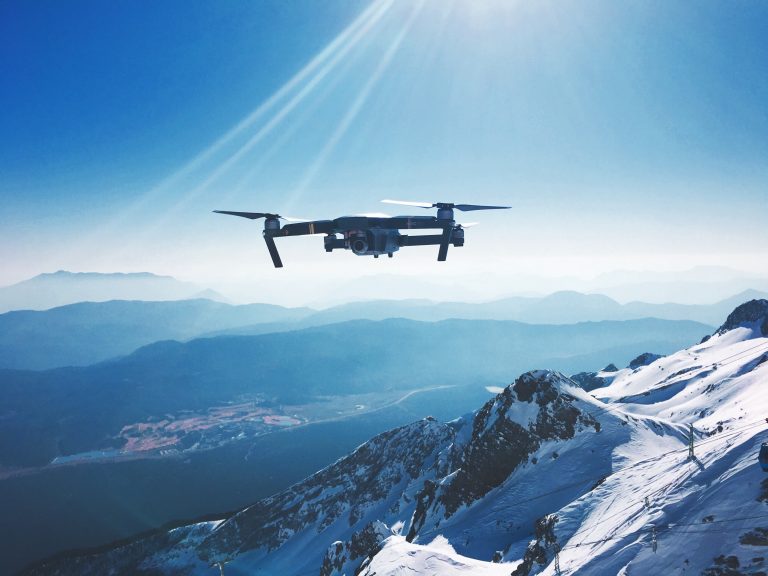 For commercial drone pilots, the sky’s the limit now

Dan Landis was a model aircraft enthusiast who cut his cut his teeth flying drones in Afghanistan and Iraq as a military contractor.

Desiree Ekstein was a videographer whose mother suggested a drone might give her work some new perspective.

Scott Shepard was a commercial photographer who was introduced to drones by a client whose used remote-controlled helicopters on a video shoot.

All three today fly drones for a living, and they wouldn’t want to do anything else now.

Drones have come a long way since the first permits for civilian use were issued in 2006. Formally known as unmanned aerial vehicles, they popular backyard fixtures are increasingly finding new uses in industries such as agriculture, real estate, transportation infrastructure and utilities.

The Federal Aviation Administration approved its 1 millionth drone registration a year ago and, at the current growth rate, that number could top 3.5 million by 2021. And that doesn’t include the millions of low-cost consumer drones that don’t require registration.

For now, there seems to be plenty of work for them to do. Online communities like UAV Coach and TheDroneU provide training and resources for aspiring professional droners. Job sites such as Droners.io bristle with offers for pilots who can photograph construction sites, commercial roofing and even weddings. Some pilots make more than $200,000 a year with day rates averaging between $500 and $1,000.

And according to three professional drone pilots interviewed by SiliconANGLE, there’s never a dull moment. 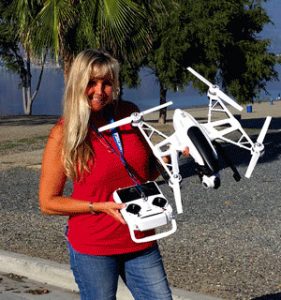 Drone pilot Desiree Ekstein: “Everything I do is so exciting”

“Utility companies are using them to inspect power lines and infrastructure, construction companies are monitoring projects in rural areas, farmers are mapping their fields,” said Landis, who oversees a team of about 30 pilots at PrecisionHawk Inc., a maker of drones and software for commercial applications.  “There’s mapping fields for farmers, first response and bridge inspections. Anything you can think of, we can figure out a way to use a drone.”

Most drone pilots are freelancers who travel from job to job for assignments that range from a couple of days to several weeks. A typical job involves capturing video footage, although drones have been used to transport life-saving equipment in emergency situations and are even beginning to deliver packages.

Drone pilots say they love working outdoors and the constantly changing nature of the work. “We might hike three to four miles to get to a location,” said Shepard, who’s been working with drones for more than seven years.

“Everything I do is so exciting,” said Ekstein, who got her license to fly about two years ago. One recent job had her flying routes along a pattern of GPS coordinates to capture photos that were then digitally stitched together into a precision map. Previously such a job would have required days of work by a team of professional surveyors.

The barriers to becoming a drone pilot aren’t very high, at least at the moment. FAA rules require commercial pilots to have a Part 107 license, which requires passing a written test. “I didn’t have any aviation experience, so I had to study, study, study,” Ekstein said. “The charts are where you get hung up.” Still, the FAA says the exam success rate is 92 percent.

The license costs $150 and is good for two years. Commercial drones cost between $1,000 and $10,000, and batteries, cameras, insurance and software can add several thousand dollars to the cost. Many pilots also take out liability insurance policies. But with assignments paying up to $3,500 per day, drone operators with specialty skills like mapping or thermal imagery can quickly make back their investment.

Much of the work currently involves shooting photos in dangerous or hard-to-access places such as the undersides of bridges or the tops of cell phone towers. Drones are not only cheaper but safer, which pares insurance costs for utilities and government agencies. “And with the resolution of today’s cameras it’s faster and safer to inspect from the ground than to send up a bucket crew,” Shepard said. “You can get close enough to inspect a cotter pin.”

Better cameras, more stable equipment and an expanding pool of pilots has the range of drone applications continually expanding. For mapping, “you can fly a drone almost autonomously to get a level of detail that’s accurate down to the centimeter,” Shepard said. “Then you send the drone back every year to detect shifts in ground patterns.”

For every hour of flying, there are typically two spent in planning and debriefing, Landis said. His team begins a typical day with a morning briefing and then heads out to the job site. “We go over safety briefs, look for hazards like trees and power lines, make a flight plan and plan for contingencies and emergency landing spots,” he said. “Then we do it all again for the next job.”

If weather cooperates, a pilot can log six to seven hours of air time in a day. But high winds and rain can ground an operation for days. Full-time drone pilots also need to get used to time on the road, since assignments are necessarily on location.

And then there are disruptions unique to the profession. One of Shepard’s partners once watched as an American bald eagle snatched his drone out of the sky. “He never saw it again,” Shepard said.

Collision detection systems have significantly cut down on accidents involving buildings and other flying objects, but utility lines can still knock a drone out of the air. Flying at night has a special set of challenges. “There’s spatial disorientation and flicker vertigo,” Ekstein said. “You lose depth perception and things can appear to be farther away than they really are.” There are no technologies to cure these problems, pilots say. You just need hundreds and hundreds of hours of experience.

Curiosity is also a disruption. Bystanders invariably want to know more about the equipment and the pilots. Although confrontations are rare, many people worry that they’re being spied upon. Some, like the California farmer who hid a marijuana field in a watermelon patch, have reason to worry. But for most, Landis said, “we need to explain that we’re doing inspections to make things safer; we’re not looking into anybody’s home.”

As the ranks of professional drone pilots continue to swell, there’s no telling whether demand will keep up with supply. For now, new applications seem to be popping up faster than there are drone pilots to satisfy them. One of the latest: sheep herding.

And that’s why drone pilots think they’ll have many more years at the stick. “When I first started, I was happy just to get a job,” Ekstein said, “but it’s growing and growing. Doors are opening everywhere.”