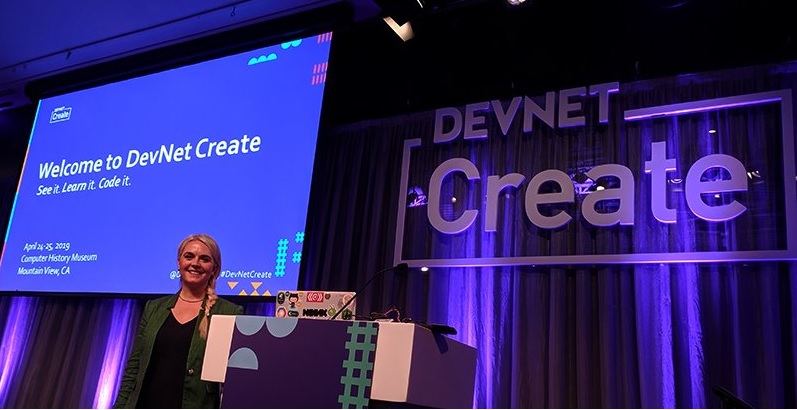 Developer collaboration is changing the face of Cisco, say analysts

Presenters during today’s opening keynotes at DevNet Create 2019 in Mountain View, California tossed around a lot of numbers, but one in particular stood out: 585,000. That’s the number of software developers now member to the DevNet community at Cisco Systems Inc.

With the stated goal of empowering developers to innovate with the latest technologies, the DevNet program, under the guidance of Susie Wee, Cisco’s DevNet’s senior vice president and chief technical officer, is having a major impact on the company.

“She saw the open-source wave and cloud connecting,” said John Furrier (@furrier), co-host of theCUBE, SiliconANGLE Media’s mobile livestreaming studio, during the opening day of the DevNet Create event. “She started DevNet Create three years ago to bring in the cloud-native crowd and wanted to cross-pollinate them together with DevNet. The result of that community collaboration has changed the face of Cisco.”

Furrier was joined by Lisa Martin (@LisaMartinTV), co-host of theCUBE, and they discussed how a coding community focus could benefit Cisco and the challenges facing the company’s top management as a result of its success (see the full interview with transcript here). (* Disclosure below.)

By making nearly every Cisco product programmable, the company has opened its portfolio to offer developers a buffet of security, data center, and network solutions. The latest developer count provided by keynote presenters on Wednesday showed that the strategy appeared to be working.

“It’s a strong community,” Martin said. “The theme of the event is ‘See it, Learn it, Code it.’ They did a great job in the first hour of the keynotes of actually showing some great examples.”

Success is often accompanied by new challenges. For Cisco, that will likely involve how rapidly chief executive officer Chuck Robbins can reshape the company to resemble the kind of world that developers are working to create.

“If they can convert their core developers in DevNet and allow cross-pollination with cloud computing, you’re going to start to see product transformations happen faster,” Furrier said. “This is Chuck Robbins’ hardest job as the CEO, to understand when to start cannibalizing pre-existing businesses like data center servers, UCS, and change over to a scalable model on the cloud side.”

Watch the complete video interview below, and be sure to check out more of SiliconANGLE’s and theCUBE’s coverage of the DevNet Create event. (* Disclosure: TheCUBE is a paid media partner for the DevNet Create event. Neither Cisco Systems Inc., the sponsor for theCUBE’s event coverage, nor other sponsors have editorial control over content on theCUBE or SiliconANGLE.)