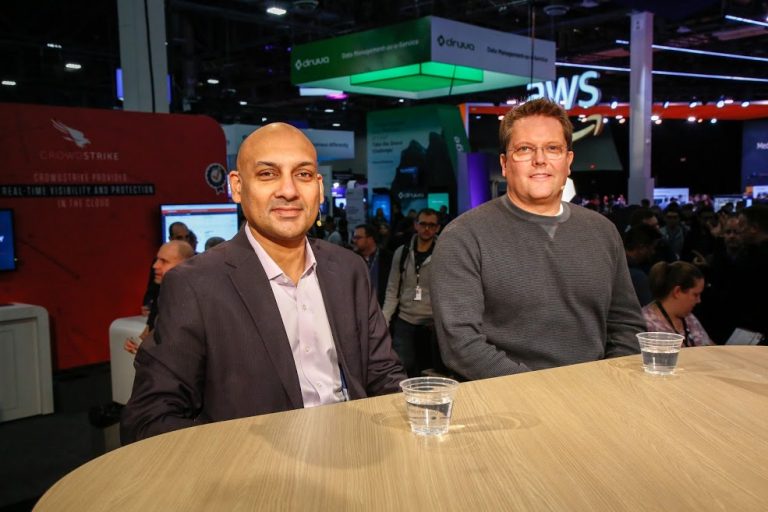 A fully managed service, Amazon Managed Blockchain allows customers to set up a blockchain network quickly that spans multiple AWS accounts with a few clicks in the AWS Management Console, according to the company.

Pitched as a service that makes it easy and cost-effective for customers to create and manage secure blockchain networks that can scale, it overcomes the need for each member of the blockchain network to provision hardware and install software by centralizing the requirement on the Amazon cloud.

Behind the scenes, Amazon facilitates the rest, including creating the blockchain network, configuring the software, security and network settings.

Speaking to SiliconANGLE’s theCUBE in December, Rahul Pathak, general manager of Amazon Managed Blockchain at AWS (pictured, left), explained that “in scenarios where customers really wanted the decentralized trust and smart contracts, that’s where blockchain frameworks like Hyperledger Fabric and Ethereum play a role. But they are just super complicated to use, and that’s why we built Amazon Managed Blockchain — to make it easier to stand up, scale and monitor these networks so customers can focus on building applications.”

Despite only becoming publicly available today, the service has found a willing audience during its preview period.

AT&T Inc. is also supporting Amazon Managed Blockchain at launch, offering it to customers alongside its existing suite of blockchain solutions.

While publicly available today, the service launches with some limitations. Only Hyperledger support is available at launch, with support for Ethereum to follow. The service is also only available at this time from the AWS US East (N. Virginia) region but will be expanded to additional regions in the coming year.